You’d never find this town if you weren’t told about it. It’s a quiet, laid back place about five minutes drive from Woodstock, two hours from New York City, and best of all – smack bang  in the middle of the Catskill Mountains. 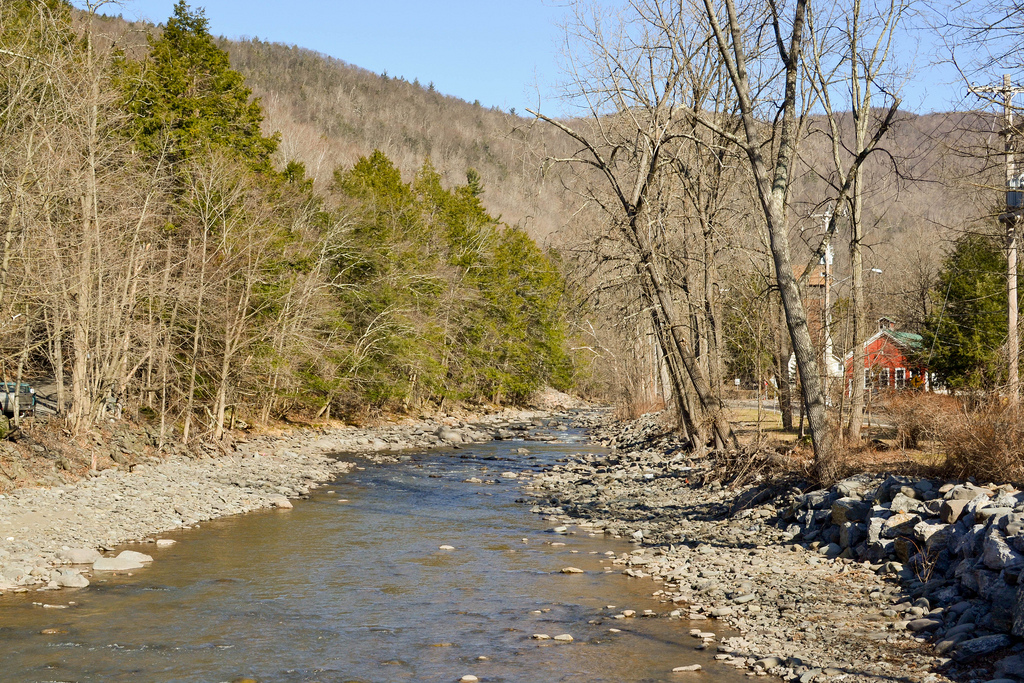 Essentially it’s one main road with the odd house down a track now and then. But the main road has such character that you could spend a week just visiting on each shopkeeper and listening to their tales – some of old and some anew.

We arrived late afternoon and were in need of wine and nibbles.  This charming deli looked too good to simply walk past. The Star Spangled Banner was flying gently in the breeze outside, there was a faint smell of cheese wafting through the door and well it just looked too much like a shop from The Waltons so I had to go in!  We left laden with bread, cheese, wine, triskets (imagine salty shredded wheat) and lollipops from the cashier who feel in love with my girls. 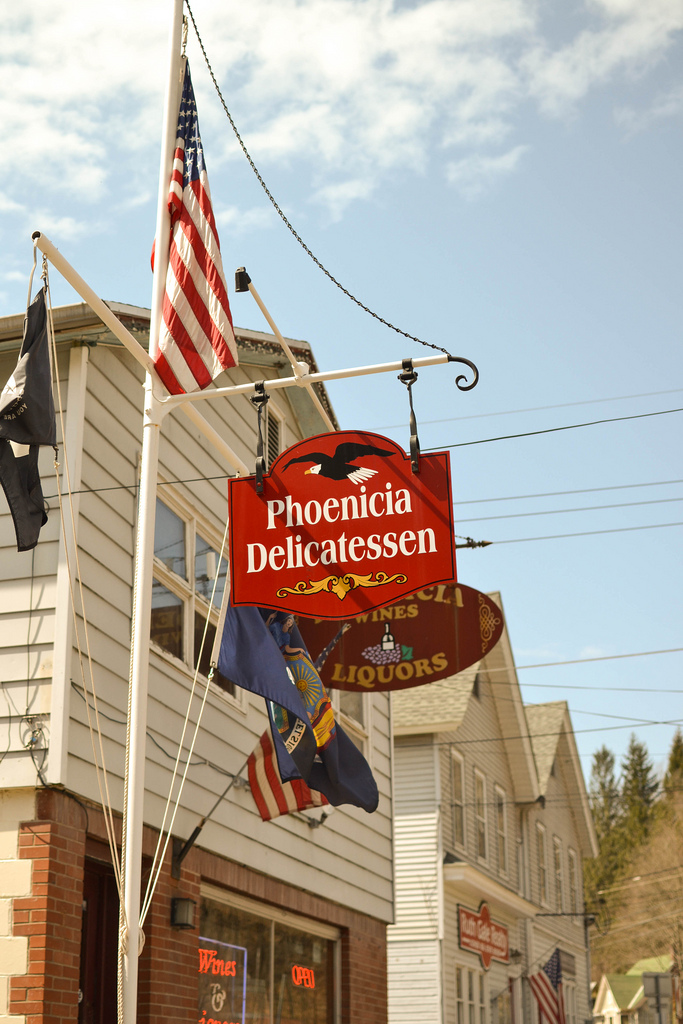 The wonderful deli on Main Road

The next morning we woke up early to the sound of birdsong.  Annoyingly loud birdsong.  “Better the birds than the bears” said the guy we met en route to breakfast.  We were told it is common to find bears in the garden rummaging through the garbage cans.  Big brown ones and their babies too.  My girls thought this rather cute and wanted to stake them out that night but thankfully they’d forgotten all about that idea by bedtime.

For breakfast we headed to The Phoenicia Diner.  We were encouraged to drive but it was such a beautiful day we couldn’t. We’d been cooped up in the car the day before and needed to stretch our legs. 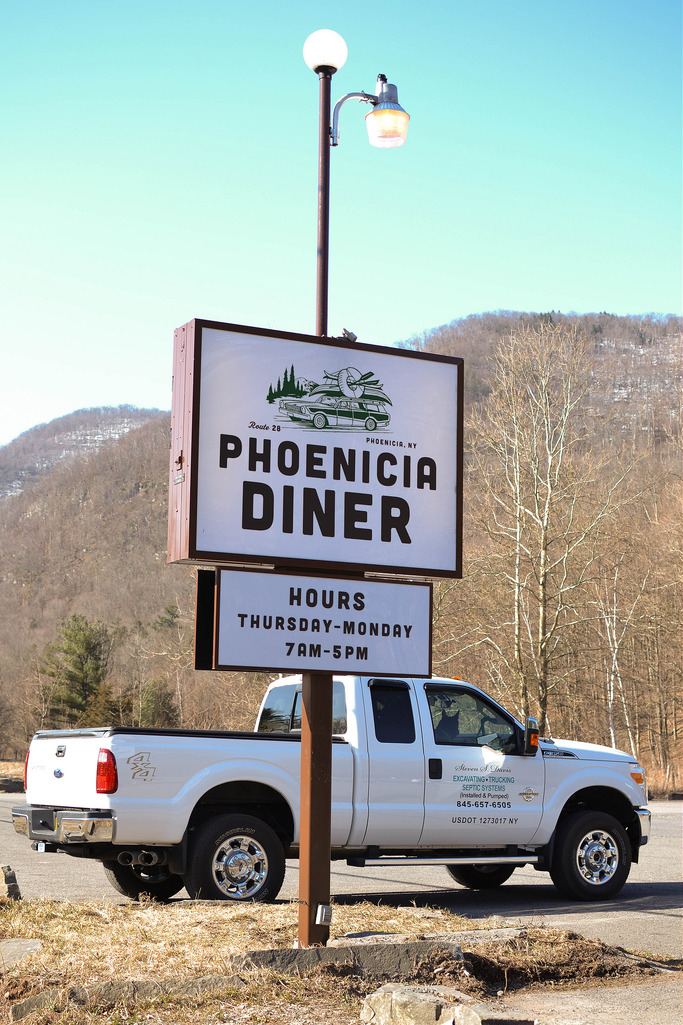 We  walked along a dis-used railway track through the forest.  Until 1954 the railroad carried factory hands and robber barons en route to holiday in the grand resort hotels and small boarding houses along the line. We could relate to how excited they must have felt seeing the inviting mountains. 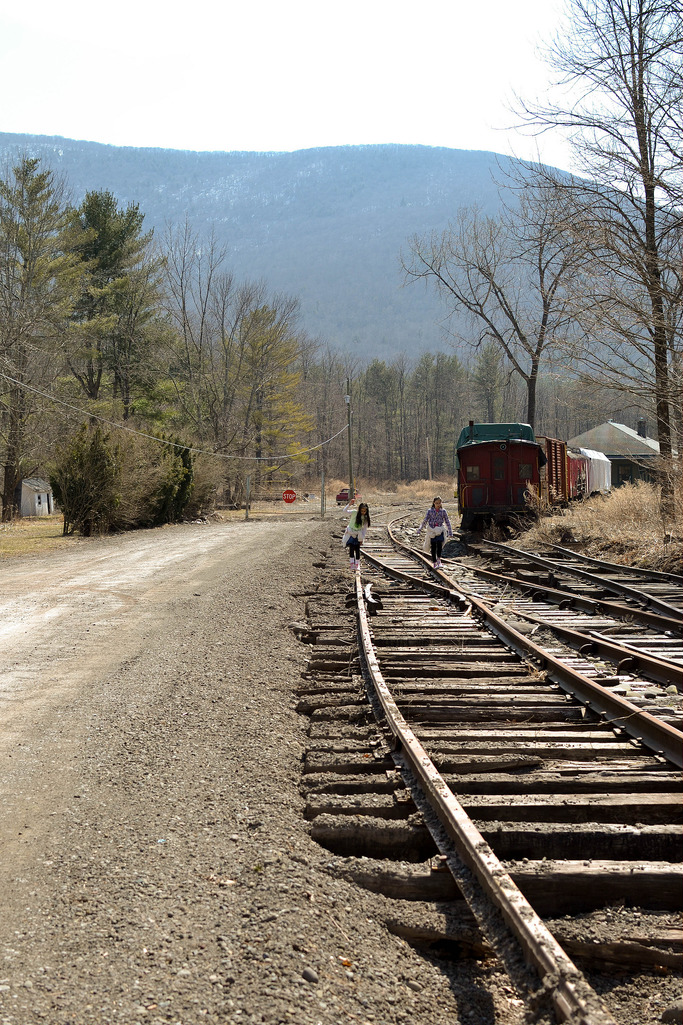 We would never have discovered the old railway station had we taken the main road.  It seemed to be standing still in time waiting for the next steam train to whistle to a stop. 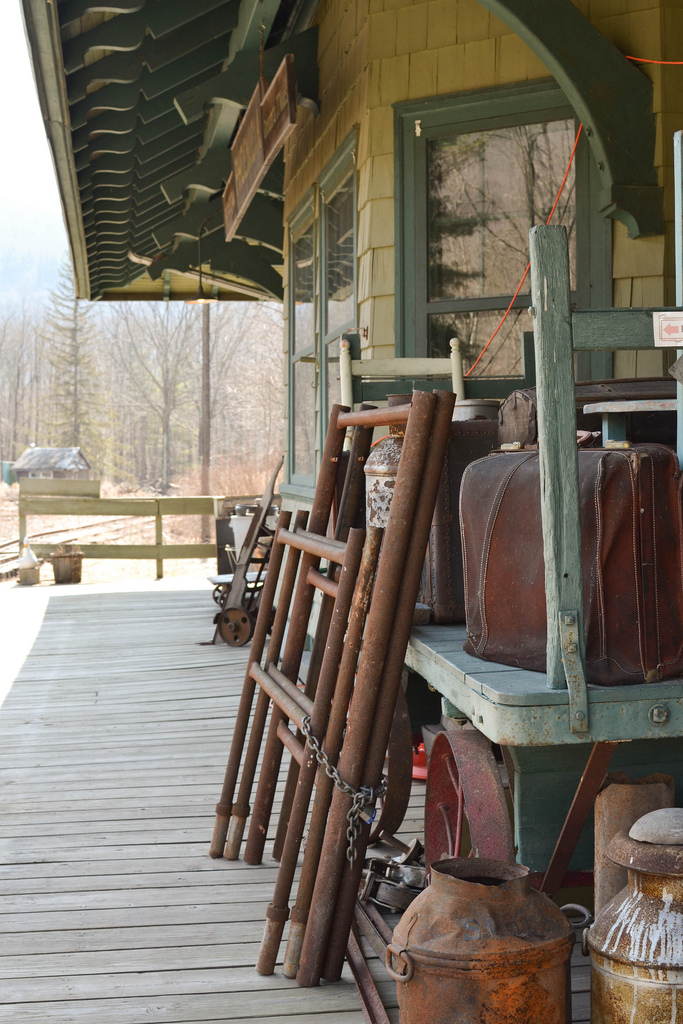 We played American settlers arriving for their holidays in the mountains.  We balanced and wobbled on the old sleepers and hunted down Jimeney Cricket who was making rather a loud racket.  (I’ve written a whole other page on the diner as it was just too good for a paragraph or two). 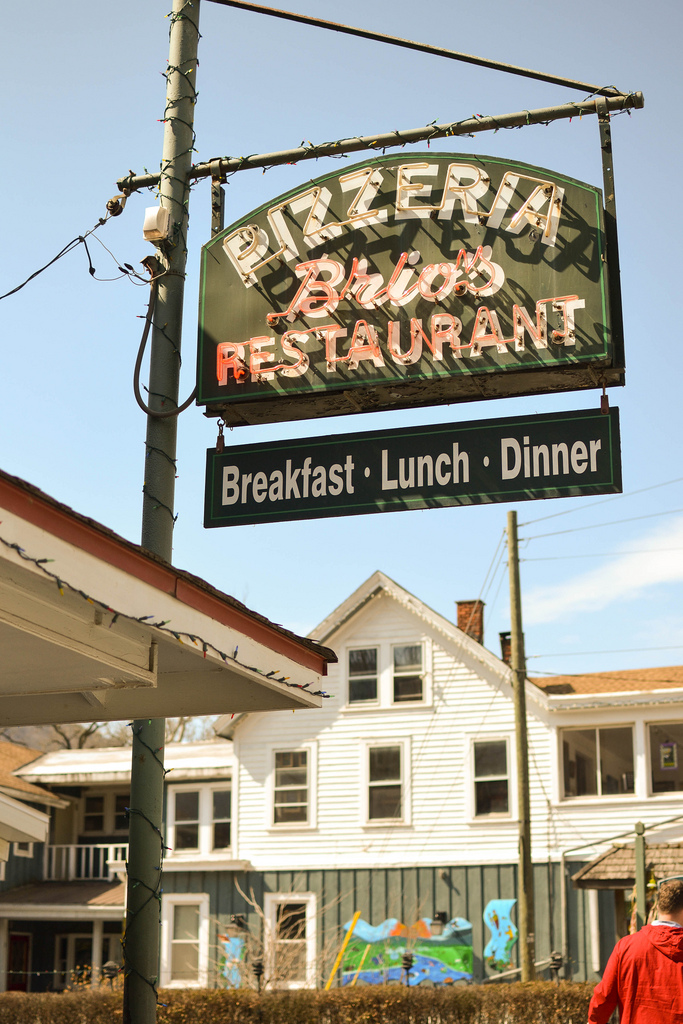 I’ve eaten a lot of pizza all over the world, all over Italy for that matter.  I’ve seen it made quickly at a roadside eatery in Naples and in grand wood wired ovens in Tuscany – always the same way.  Dough, sauce, toppings, cheese.  A standard technique.

The pizza at Brios is different on two accounts.  Firstly, the chef part cooks the base and then adds the sauce, toppings and cheese. The result is a crispier pizza with absolutely no soggy, doughy bits.  Secondly, the base of the pizza is covered in sesame seeds.  I cannot tell you what a difference this makes to the flavour.  I actually ordered fish and salad but ended up eating half of my daughters’ pizza too because it was so, so good.

Somebody, somewhere had the brilliant idea of taking a old motel and converting it into an effortlessly cool place to stay. 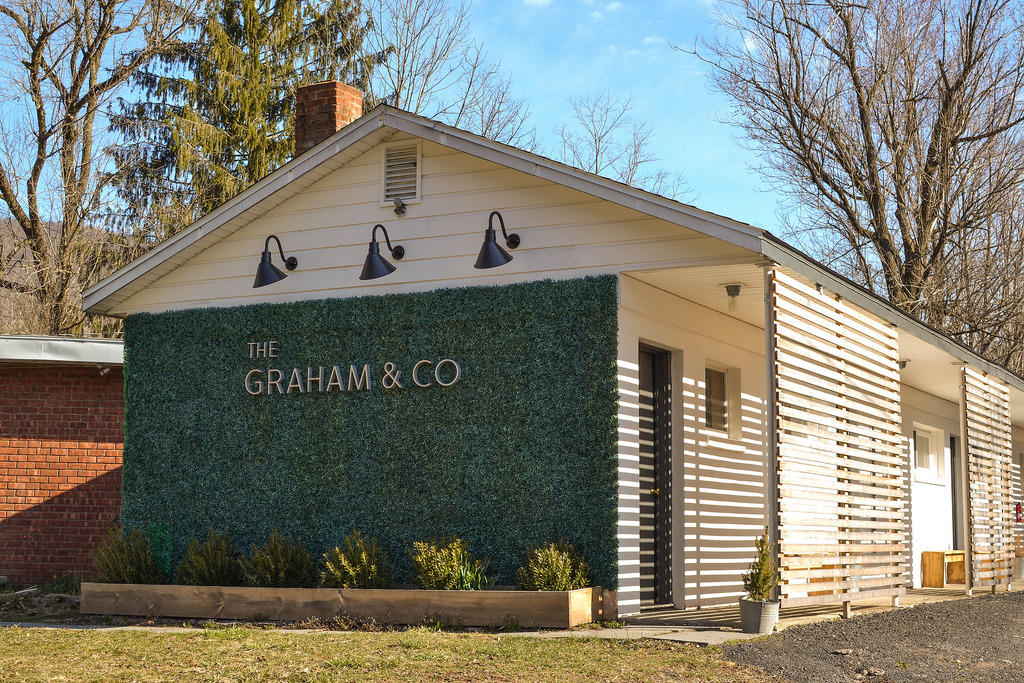 Graham & Co is minimalist and uber trendy.  You get two Budweisers on check in.  There are stylish toiletries, bare lightbulbs and Tivoli radios in the rooms. 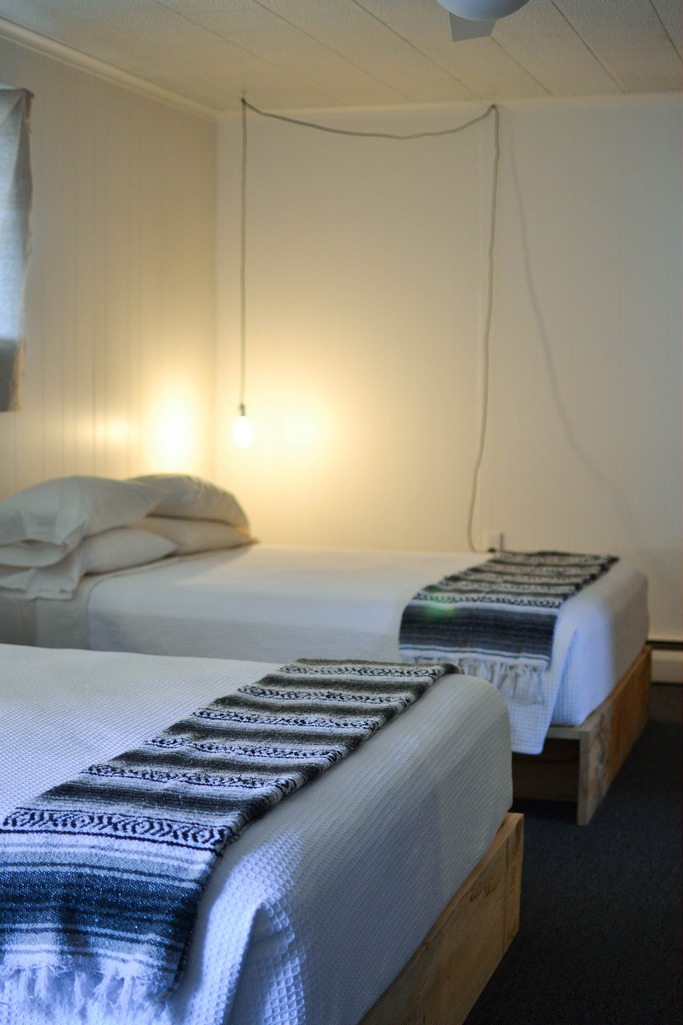 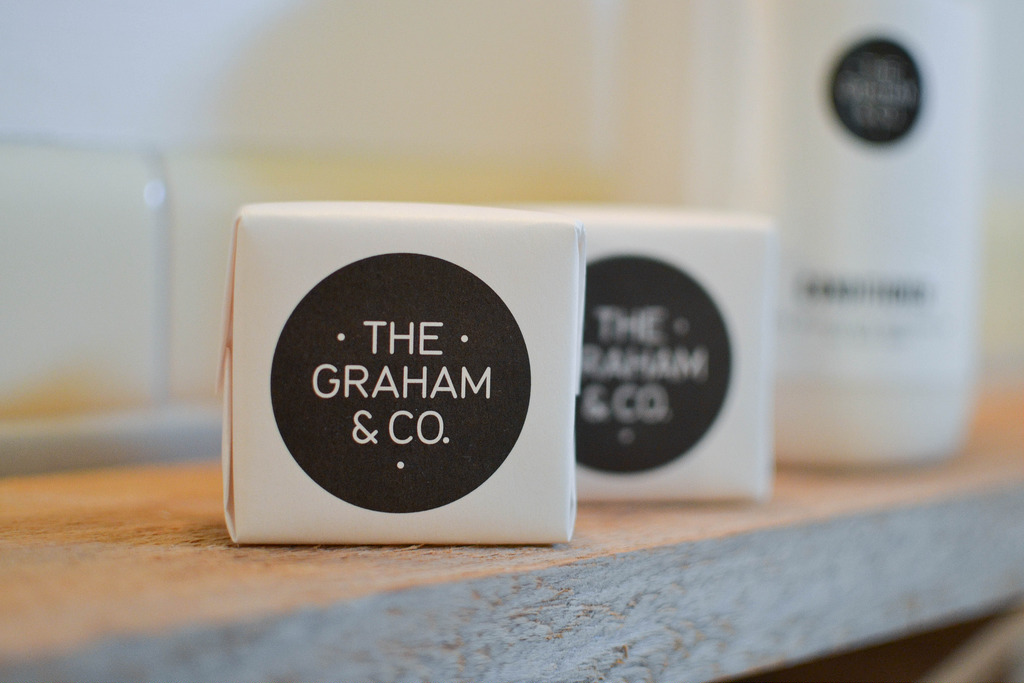 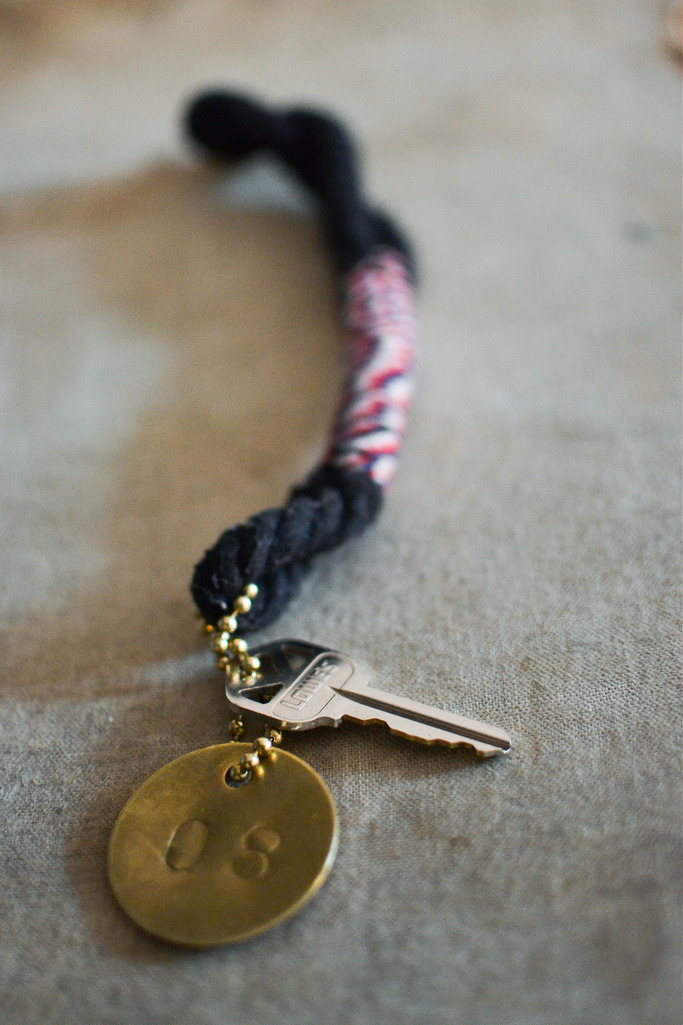 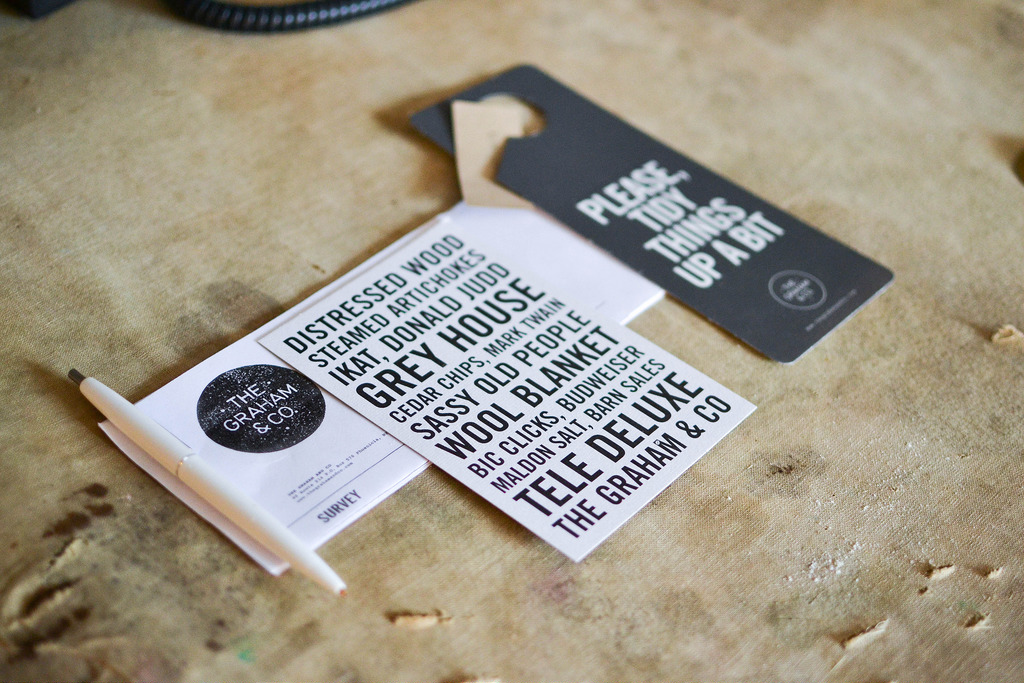 There are hammocks in the best spots of the garden and in the evening the owner screens films in the garden and lights a great pit of a fire so you don’t get cold.  It’s the kind of place you just don’t want to leave because the views are so achingly beautiful.  We look forward to going back in the summertime when the pool is open as it looked so inviting. 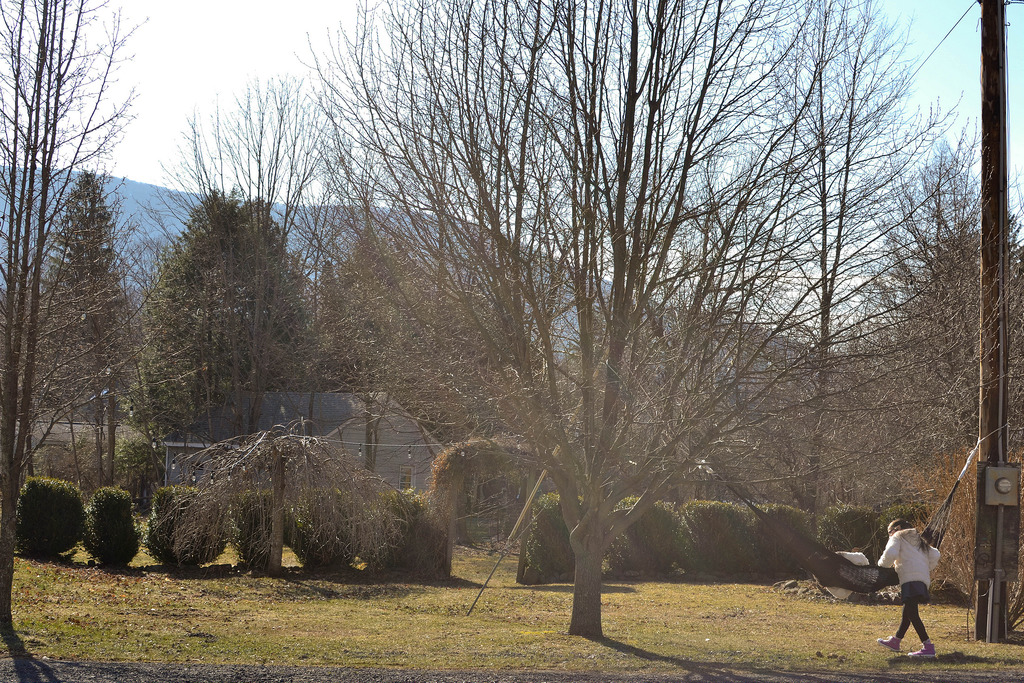 Don’t pass this sleepy hamlet by..

So if you are ever in the Catskills, don’t pass by this sleepy hamlet with it’s wonderful smell of pine trees and wood smoke.  Stay a while and get to know the folk.  They serve great food and wine – mostly sourced locally.  They have great gift shops selling locally made crafts, glass and pottery.  They have a quaint little church that’s been around since the 1800s.  They like having a chat and have stories to tell.    Just one thing…leave your watches at home and go with their flow.

Thank you Phoenicia.  We’ll be back soon xx