I love making macaroons.  I did make one bad batch which put me off for a while.  I got really frustrated until I retraced my steps and worked out that I had used too much liquid food colouring and disturbed the balance of liquid in this recipe.  It’s really worth trying to find food colouring in a paste or powder form.  I use Pride powder food colours which are available in Indian food shops.

This flavour is based on one of my favourite cocktails.  It’s a lovely, zesty, orangey flavour that you could replace with 4 limes or 2 large lemons.  You could also try the Pistachio and Chocolate version which uses ground pistachios instead of almonds or the more delicate Rose Macaroons. 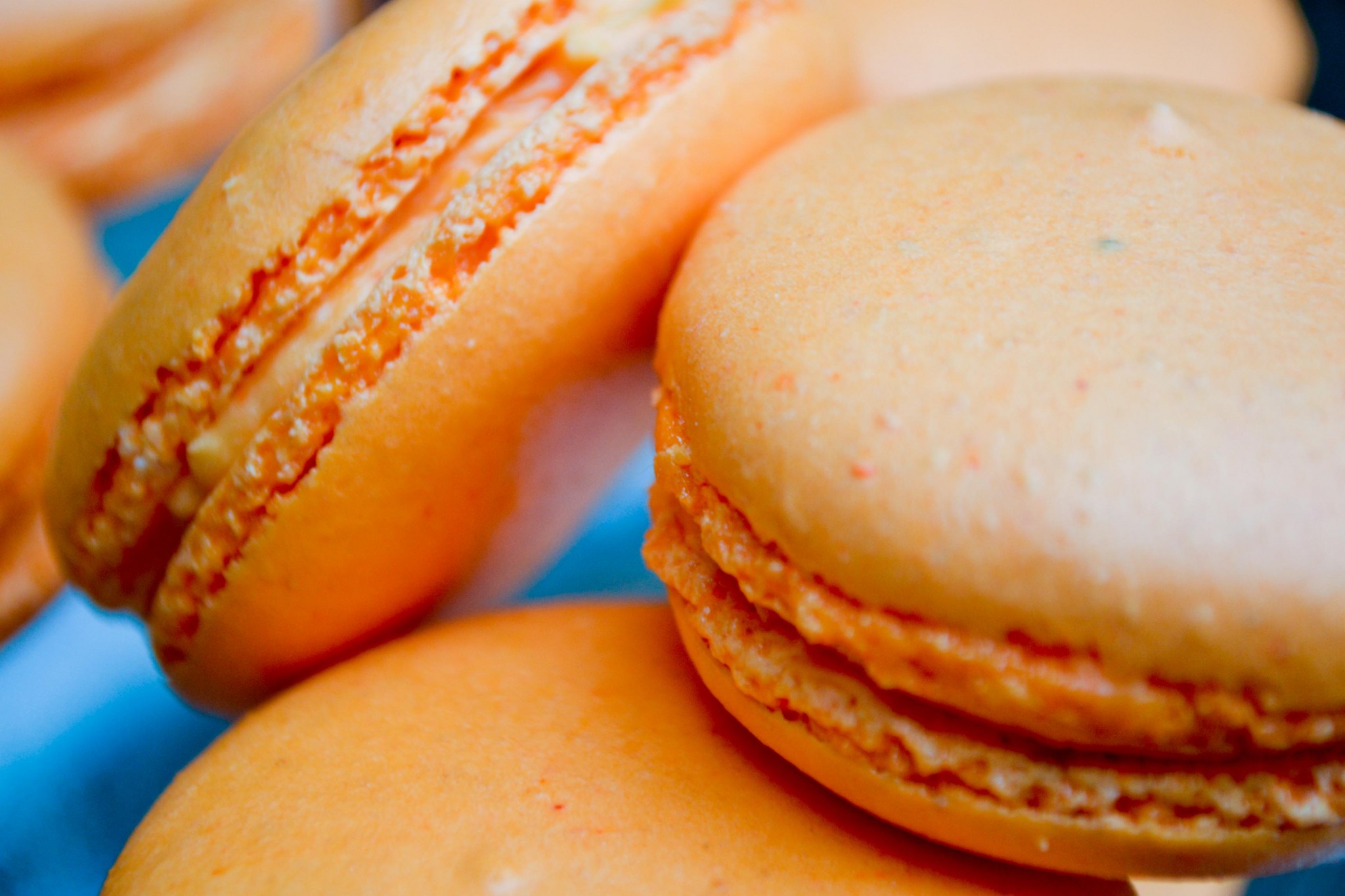