My daughters are starting to gain confidence on their bikes and so as the weather was simply stunning yesterday we decided on a family bike ride.

The National Cycle Network by Sustrans has over 13,000 miles of walking and cycling routes which include scenic traffic-free paths, quiet roads, signed on-road routes and themed long-distance routes.  We found a wonderful traffic free route from Canterbury to Whitstable called The Crab and Winkle Way.

We started with a little breakfast top up at The Good’s Shed – a fantastic market and food hall just next to Canterbury Station. 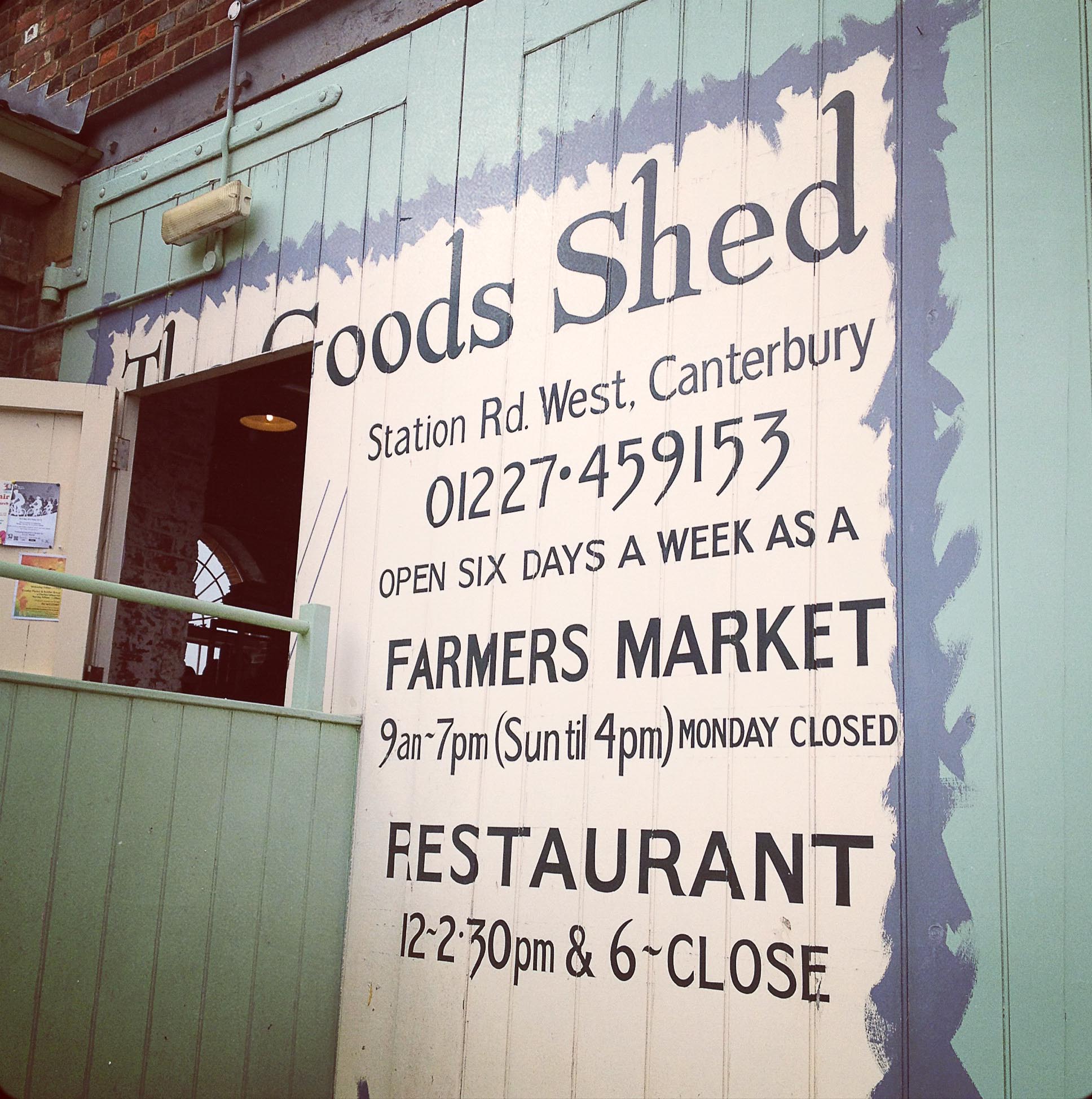 We walked the uphill slopes by Kent University’s Campus and then there was a great downhill run towards The Forest of Blean where we stopped to catch our breath on this beautiful old bench. 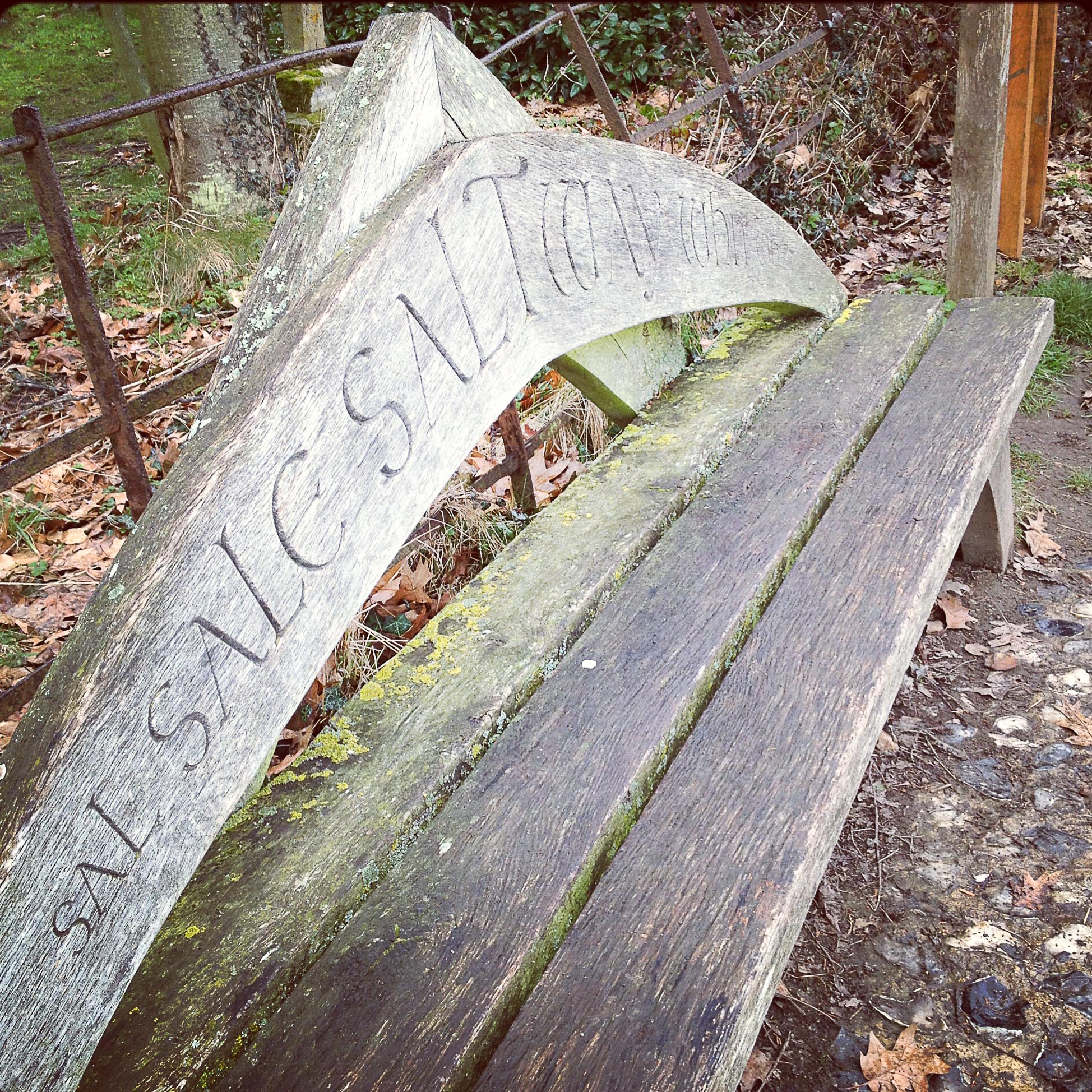 A welcome place of rest outside a place of worship

This section of the route is part of an ancient track known as the Salt Way.  It was used for the transportation of salt from the plains of Seasalter through Whitstable to Canterbury.

We cycled onwards through orchards and fields stopping to walk the uphill bits as the girls still don’t have gears on their bikes.  The route is really well sign-posted. 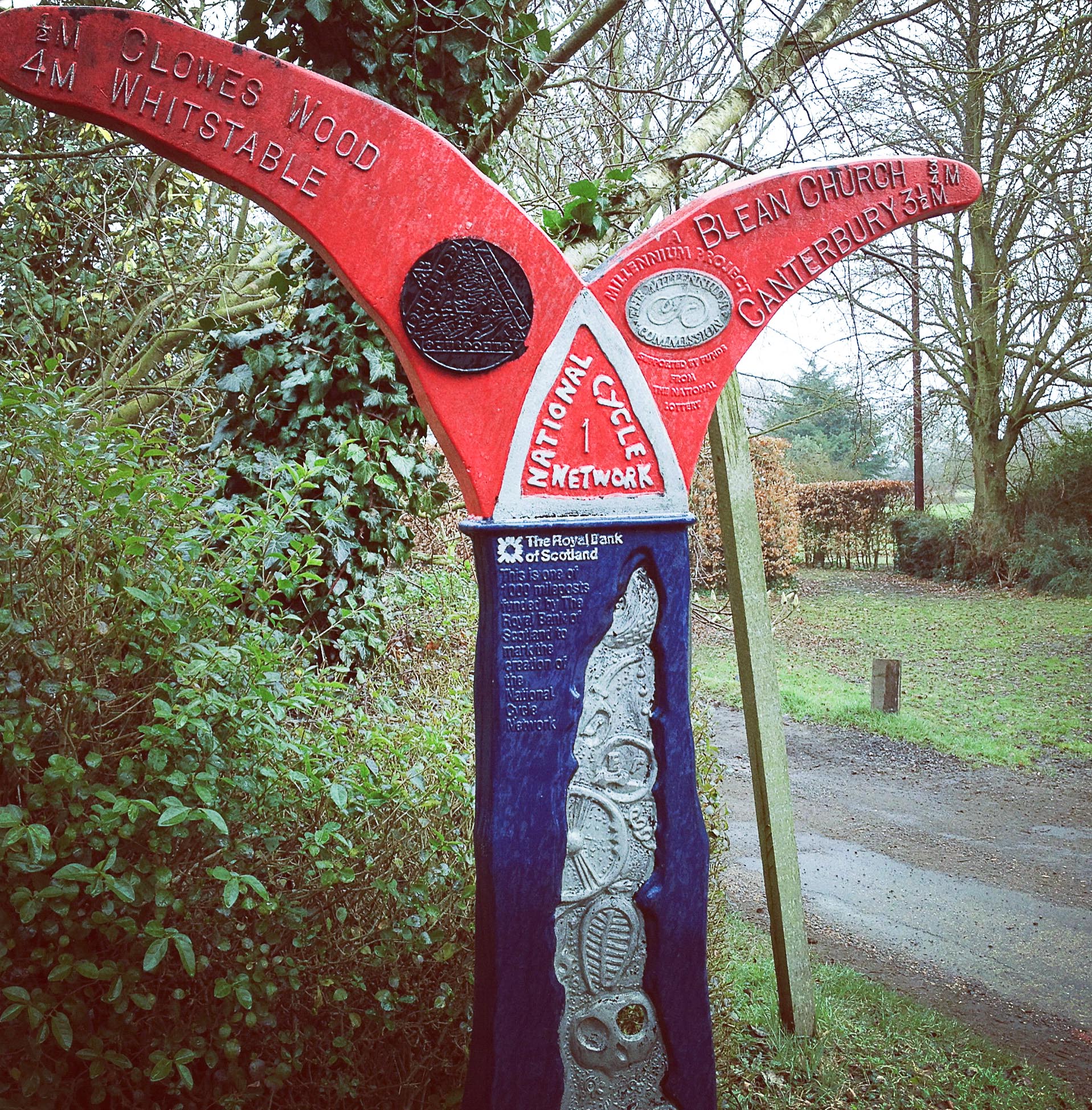 The next landmark was Clowes Wood where we stopped (again) for biscuits and a little stretch. 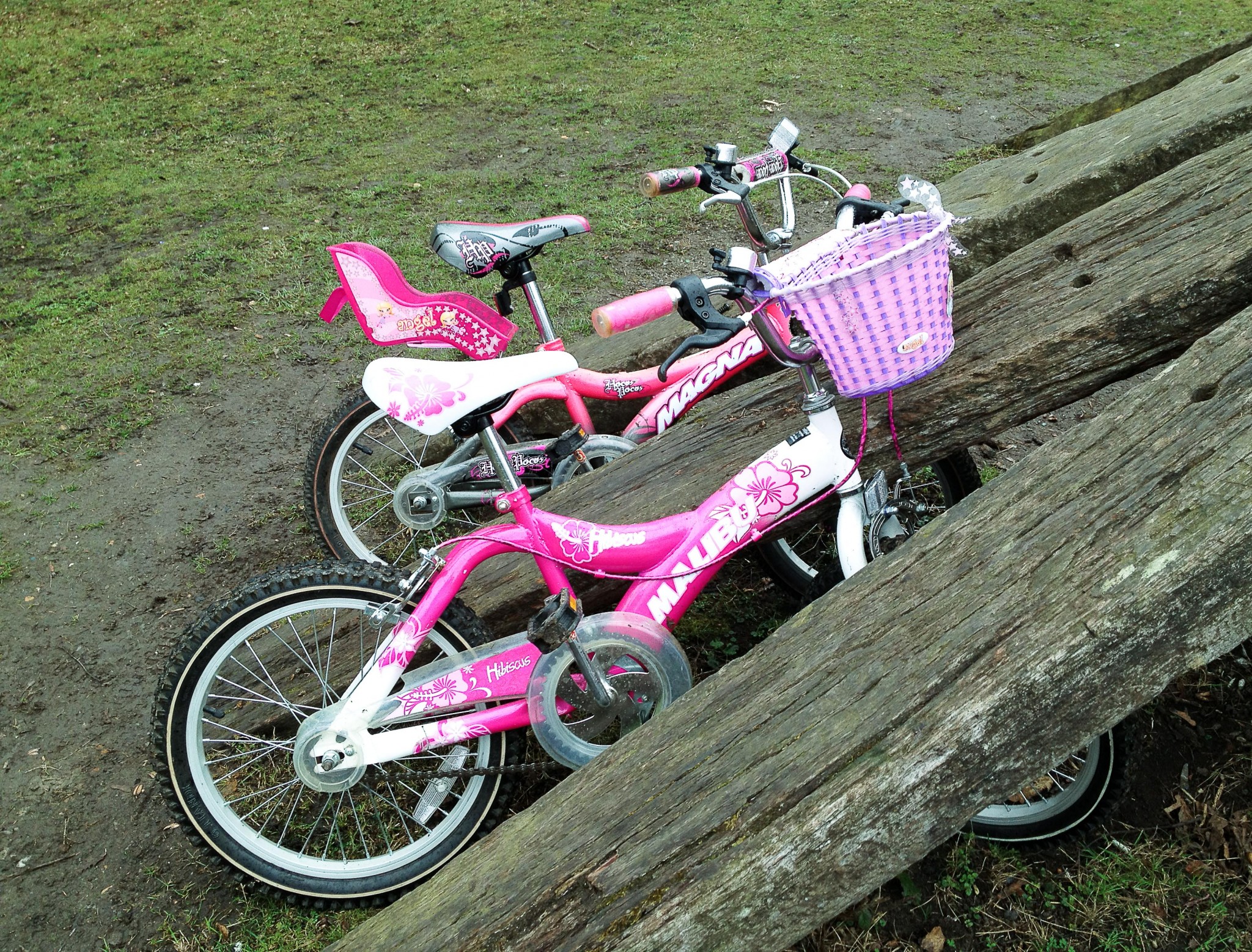 And finally we reached Whitstable where a wonderful mosaic marked the end of the route.  We’d taken about two hours to do eight miles! 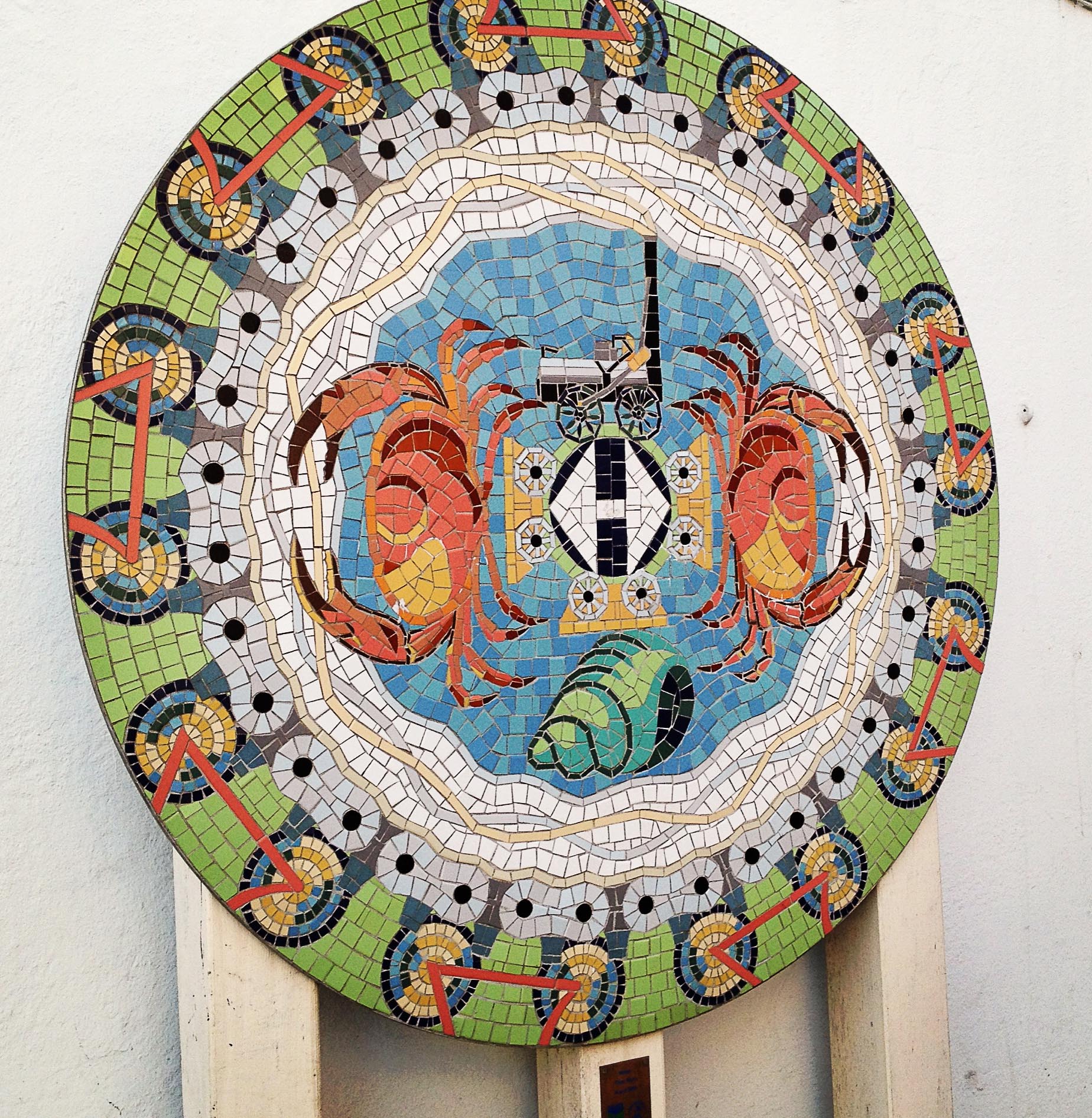 We were all starving so skipped the obligatory walk around the twee shops and headed straight towards the harbour for a late lunch.

We came across the Crab and Winkle Restaurant right on top of Whitstable Fish Market and could not resist going in.  The girls actually thought it was part of the route and we HAD to eat there!  It was full for the next half hour so we decided to have some street food starters from the market to keep us going.

First up were Native Oysters (on the left) which have been farmed for well over 200 years as a staple for an everyday diet.  Nowadays they are only brought ashore when there is a ‘R” in the month (September-April). 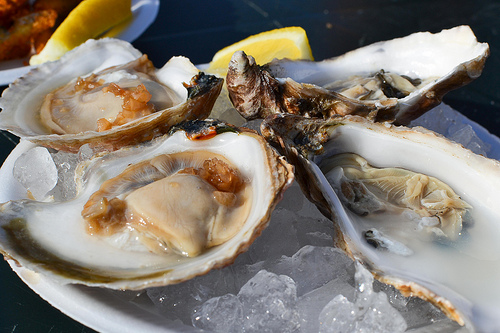 Whitstable Native Oysters grow on the sea bed in shallow waters close to the shore where microscoptic algae is in abundance. They are collected from the sea bed by dredging them.  Not quite botanical but part of nature’s wonderful garden nonetheless.

I had never tasted these before and had them with some vinegar and shallots as recommended by the vendor and here’s what I thought!

First taste of native oysters at Whitstable from Urvashi Roe on Vimeo.

The girls tried the Rock Oysters and were suitably disgusted! They needed something to take the oyster taste away so we got some Fried Whitebait. 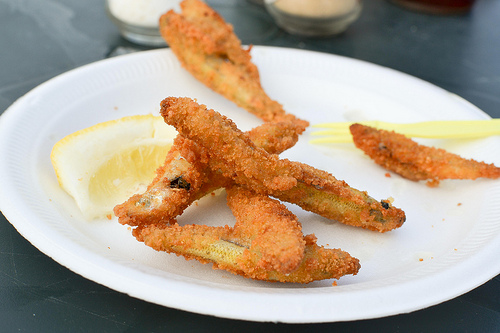 We also had some winkles which was another first for me. Not as fishy as I thought. 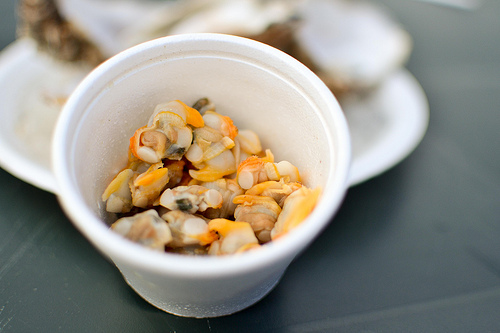 Perfect fishy appetisers before a perfect fishy lunch.  Take a look at the pictures of our Fish and Chips, Grilled Lobster and Smoked Haddock.  They were simply delicious!

We were too full to have dessert but couldn’t resist a Mr Whippy from Whitstable as we looked for our own oysters on the beach. 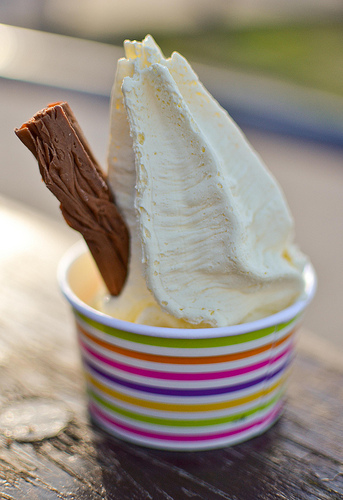 It was a brilliant day and we’ll be heading back to taste the wonderful seafood again.

What’s your favourite seaside dish? Do you have a favourite fish restaurant?