It’s really been a washout summer so far in the UK.  I am however the eternal optimist and I am certain the sun will return and stop even naturally, brown skinned me looking pale and tired.  The rain also has had no impact on my quest for delicious summertime drinks!

Yesterday I attended the launch of the Courvoisier Institute of Grand Cocktails and have discovered three new drinks for summertime sipping. 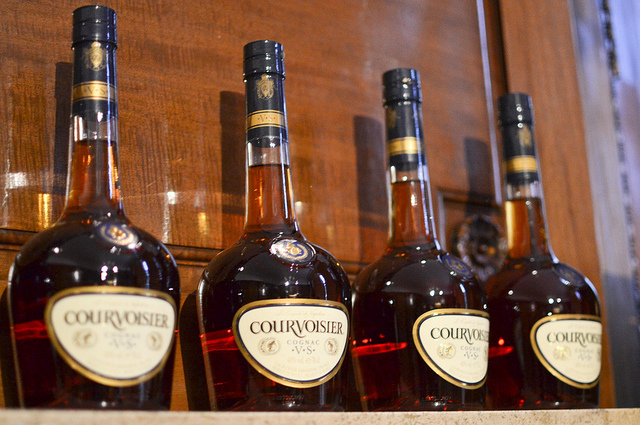 It was presented as an ‘immersive theatrical experience through a world of classic cocktails. The setting is a once derelict institute at The Heritage Rooms in Bloomsbury Square in London.  A world of cocktails past and present dramatised by lively characters telling wonderful stories of the cocktails and the Courvoisier cognacs that are used.  It was bonkers, surreal and incredibly entertaining!

First off The Rude Secretary.  I was rather sure she was a ‘prop’ when I arrived but having met my fare share of stroppy receptionists she fitted the bill almost too perfectly.  It was rather funny seeing the rest of the group looking bemused. 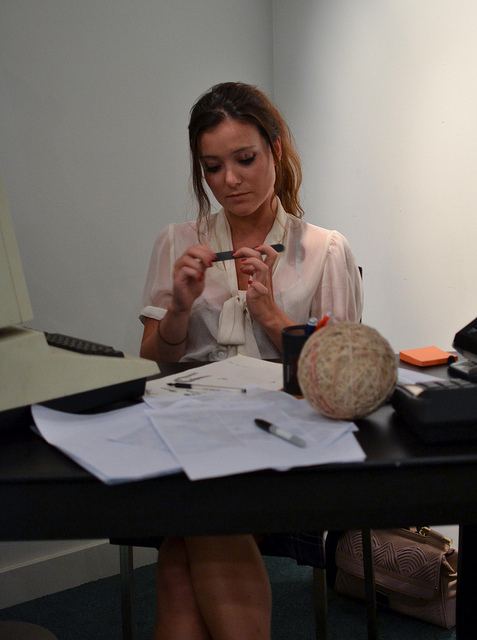 The first drink was a jar of very strong Courvoisier Punch served by a greengrocer chap trying to convince us that his fruit was the cheapest in London.  It was fruity and delicious! 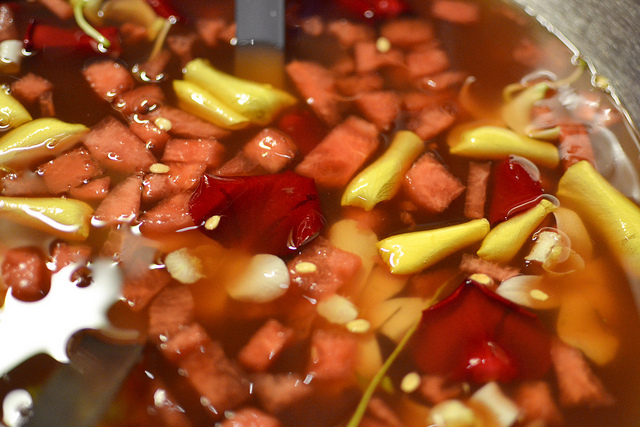 Punch with a floral twist 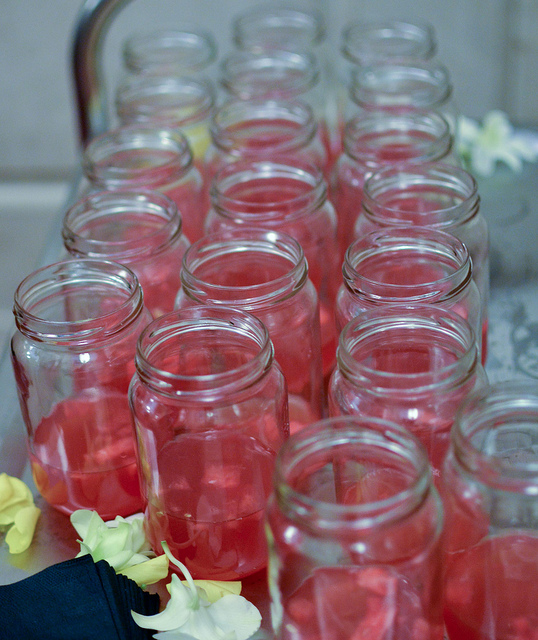 Next we moved on to a room set in a Moroccan Bazaar.  I have no idea what the gorgeous Arab was saying. It was all far too poetic for me and his eyes were rather mesmerising.

I think it was all about the fact that Courvoisier has blends of sugar and spices. 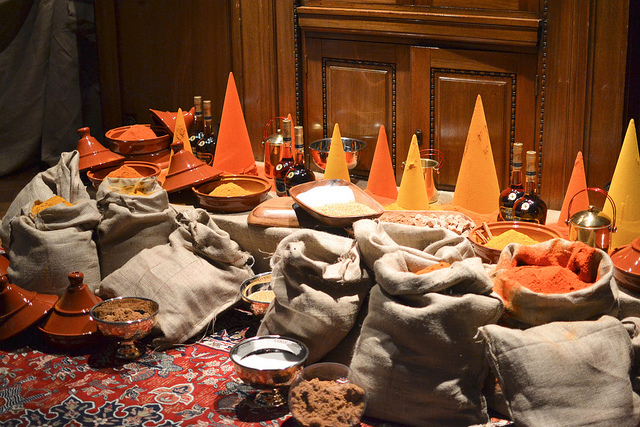 He gave us all sugar cubes to treasure which came in handy later at the mad drunken Earl’s banquet.  The crazy man wouldn’t accept any money. He just kept inviting us all to dance and dine with friends who were all dressed in beautiful gowns with feathers galore. 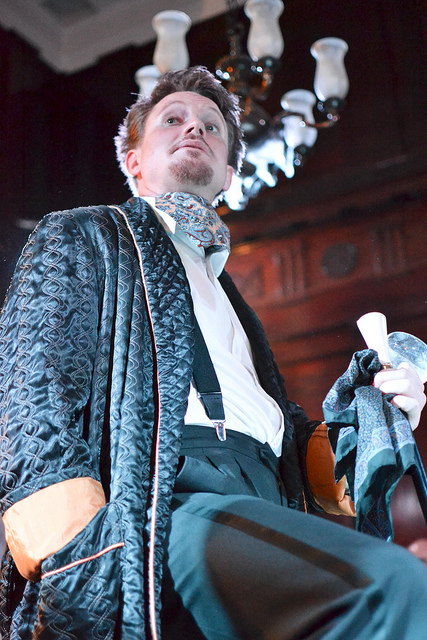 His bartenders however demanded the sugar in exchange for the Courvoisier Champagne Cocktail.  This was amazing and I could have drunk it all evening. 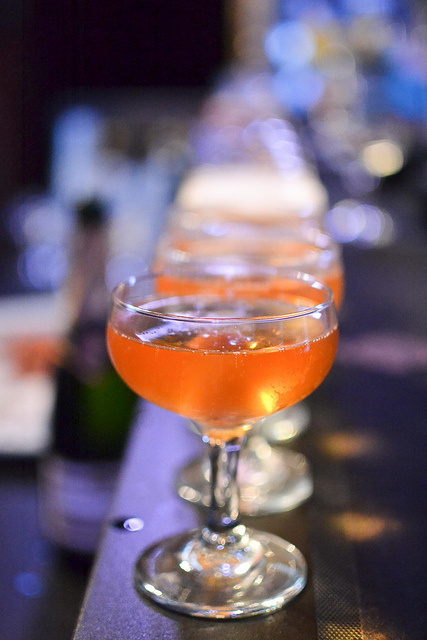 Sadly he kicked us all out into a bar of mad scientists who led us through experiments and formulae. 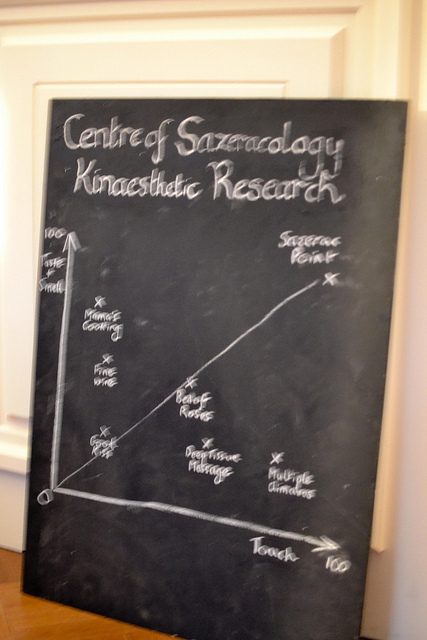 The science was a blur to me

Blindfold experiments of taste and smell. 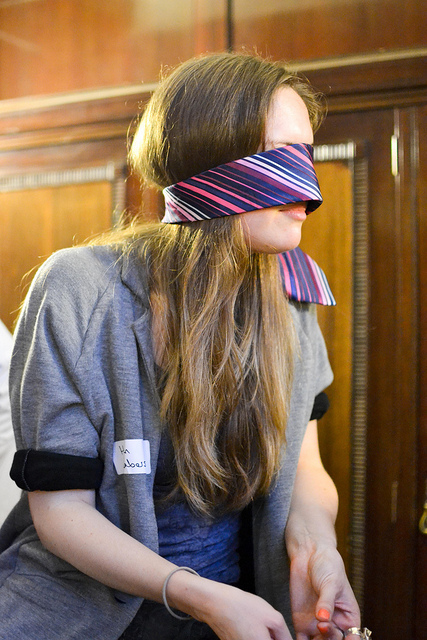 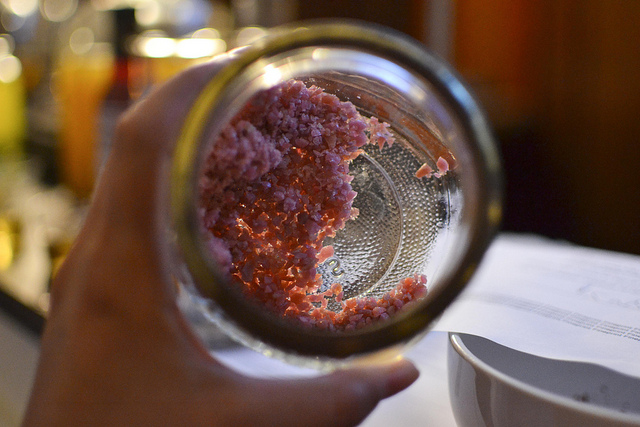 Hmmmm? Not entirely sure what this was

The bar was awesome and the music so cool so I rather enjoyed just sitting back and finishing my two drinks!

I moved on to sipping at the classic Courvoisier Sazerac served in science glassware by a scientific looking lady.  I’m not a fan of absinthe but this wasn’t too bad. 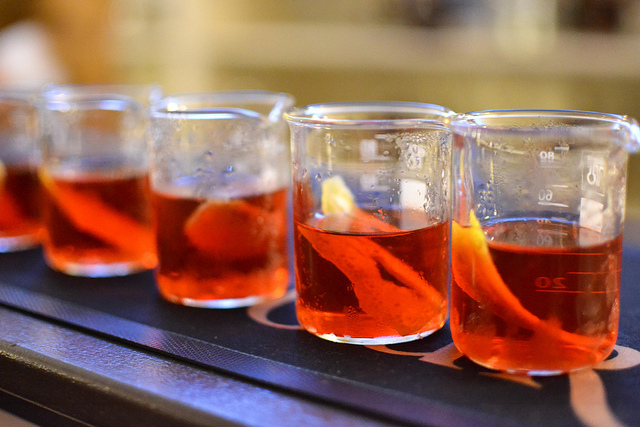 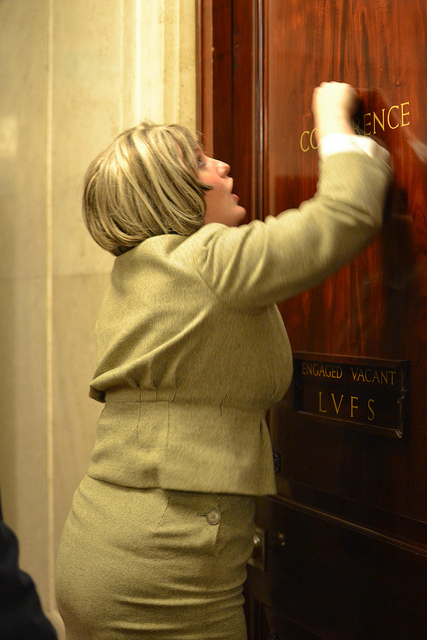 After a series of knocks in some sort of code, we were led in to be greeted by a kind looking man.  He initiated us into the Institute with lots of ceremony, hand holding and clapping and sent us on our merry way.

Merry indeed.  I felt really very drunk and happy! In one evening, I discovered three wonderful cocktails!  I think my versions were rather generous on the alcohol but the official measures are as follows…

Courvoisier Punch – 250ml Courvoisier VS, 750ml lemonade, 20 dashes Angostura bitters, 3 slices of orange and 6 slices of lemon juice.  Our version also had a hint of jasmine syrup which was lovely.

Tickets are still available for the last day tomorrow via www.courvoisierinstitute.eventbrite.co.uk and cost £10.  My visit was courtesy of their PR team and I’d like to thank Courvoisier for their hospitality and wackiness!