I wasn’t a huge fan of the pear when I was younger as they always put me in a mood.  At school I reached for the greenest but inevitably got the hard and bitter one that was neither sweet nor sour.  I’d sit nibbling on it to minimise the distaste filled with food envy of my friends who had chosen an apple or banana.

At home, my mother would only have the plumpest varieties – yellow with a hint of pink in some places. These would ooze juice with each bite and get me into all sorts of trouble about not eating like a princess.  They were almost sickly but I’d nibble until the strings of the core and pips remained.  That memory reminds me of the Edward Bunyan’s sentiment below which really summarises what pears should taste like.

“It is, in my view, the duty of an apple to be crisp and crunchable, but a pear should have such a texture as leads to silent consumption”. Edward Bunyan, The Anatomy of Dessert 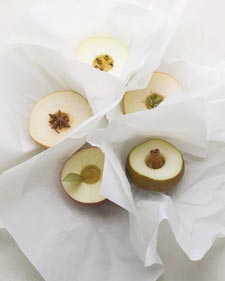 This is not true of Japanese Nashi pears as they are crunchable but I find myself equally lost in consumption.  I love the fact they look like an apple but the bite, crunch and taste is that of a pear. I’d never use them any other way but raw.  Though this recipe for Baked Nashi with Star Anise by Martha Stewart is rather tempting.

They also compliment the saltiness of blue cheeses well and thus end up as a late supper with that glass of Rioja.

Aside from being one of life’s simple and silent pleasures, there are three really good reasons why you should pack and pear in your lunchbox and eat it raw.

Ripe and ready for baking

At our local market there is always a great selection of pears.  Aside from the silent juicy types which I’m happy to pay a fair price for, I do often bat my eyelids a little and get a lower price on the ones going a little over as these not only placate my impatience and inability to let anything ripen at home but also allow me to bake with them straight away.   Bosc, Conference and Williams pears are the ones to go for in baking. They keep their shape pretty well for the tarts and pretty recipes and are sweet to carry their flavour through in cakes.  I used the Conference pears for my Pear and Ginger Crumble Slices. 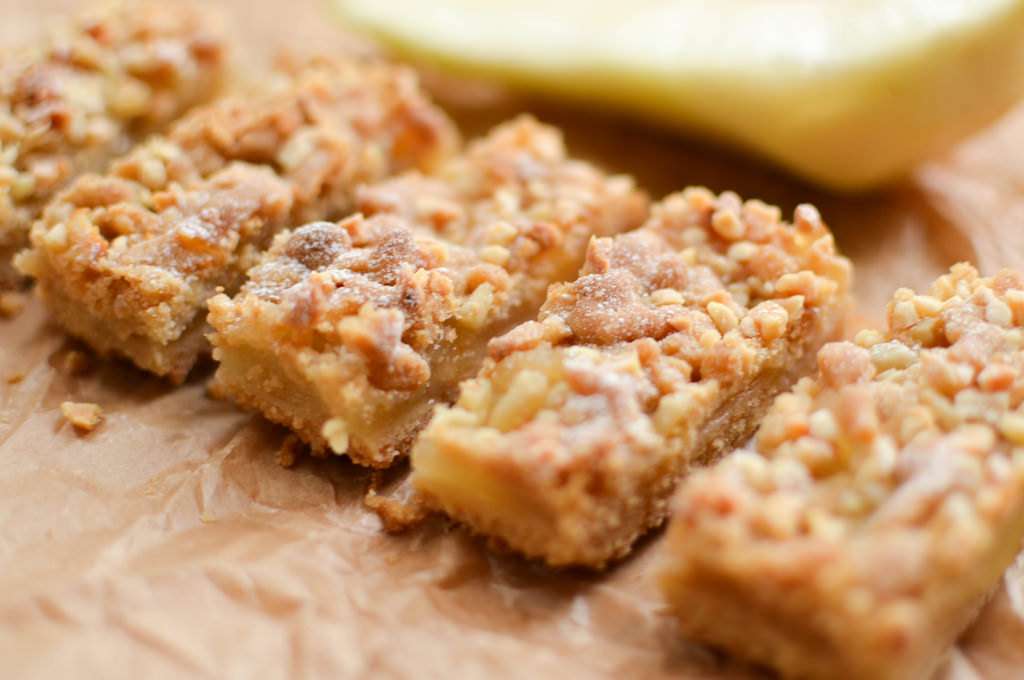 The perfect grown up treat

How do you eat your pears? Raw or cooked? Have you tried any unusual varieties?