Westfield Shopping Centre in London’s White City have been running a lovely programme called Food Explorers.  There are foodie events and offers for all tastes.  We popped along on a rainy and cold Saturday afternoon looking for relaxed and warming comfort food. We found it at The Real Greek.

We arrived to a bustling restaurant which was partly reminiscent of a traditional taverna. The lighting was pleasantly dim unlike some of the other eateries who seem to find fluorescence more appealing. 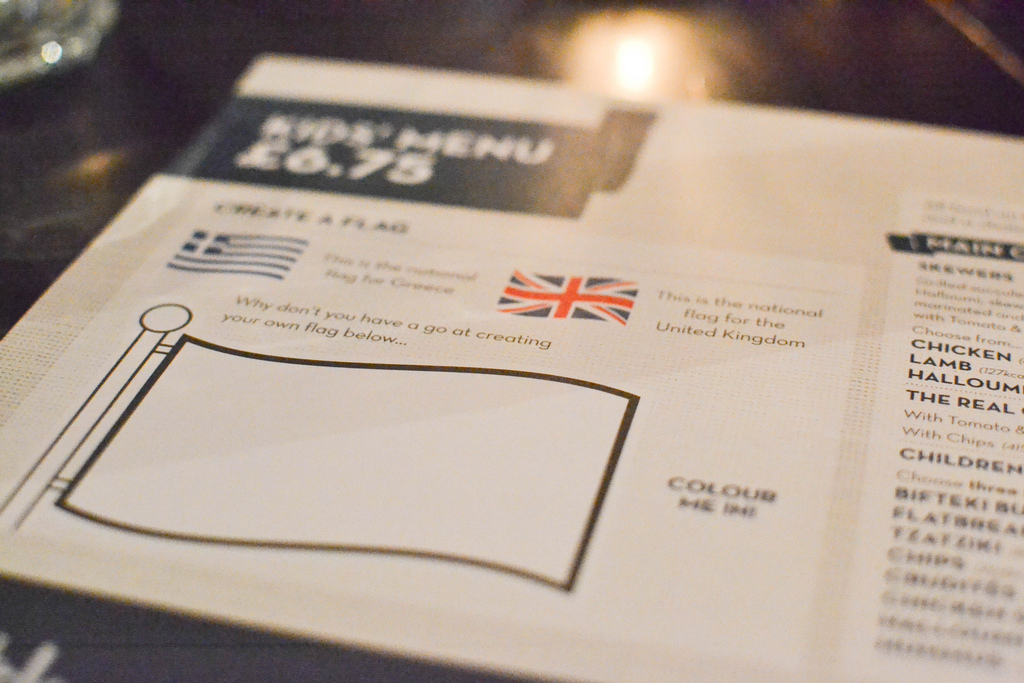 My girls were immediately occupied with the children’s pack of puzzles and colouring. I always like restaurants that tailor the activities to the food or country where the food originates from.

The menu is vast

There are wonderful explanations throughout the menu about the specific dishes and regions.  There are sharing platters and also set menus designed to give you a flavour of everything.  The mezzes, cold and hot, were well thought through with old favourites that we see in our supermarkets alongside dishes I hadn’t heard of or tasted.

We opted for the children’s meal which I thought was incredibly good value at £6.75 for a large platter of food, huge portion of ice cream and a healthy drink – by this I mean juice and not the Fruit Shoots that some restaurants lazily serve assuming children are incapable of drinking from a normal glass.  The girls wolfed this down so I suspect it tasted great too. 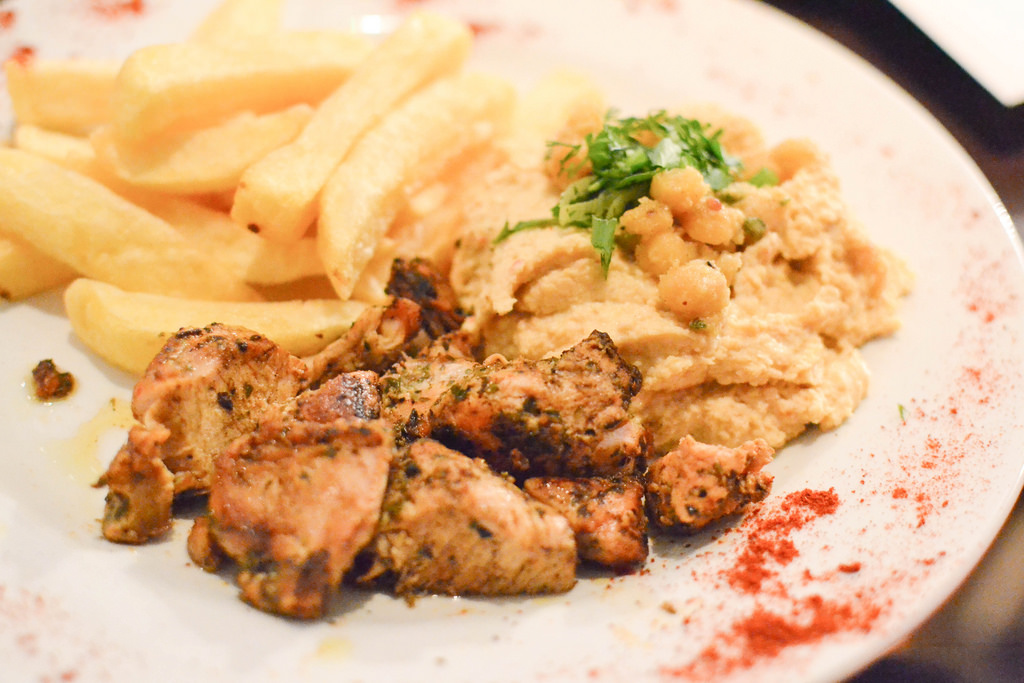 A wide range of hot and cold mezze

As suggested on the menu we ordered 4 mezze dishes per person and a mixture of hot and cold.  We chose the ones we had not heard of before that had wonderful tongue twister names.  We had fun trying to pronounce them and make up rhymes.

I started with some dukkah, flatbread and Greek olive oil.  The dukkah had an unusual addition – maybe oregano – which was perfect with the nutty olive oil. 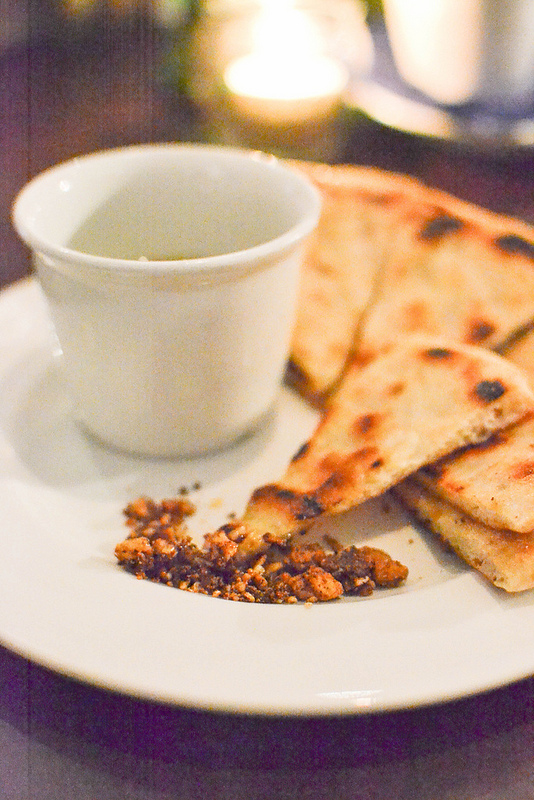 Hearty giant beans, slow-cooked by our chefs in a rich and herby tomato sauce.  These were cold and I would have prefered them warm but nonetheless they were perfectly seasoned and tasted of sunshine. 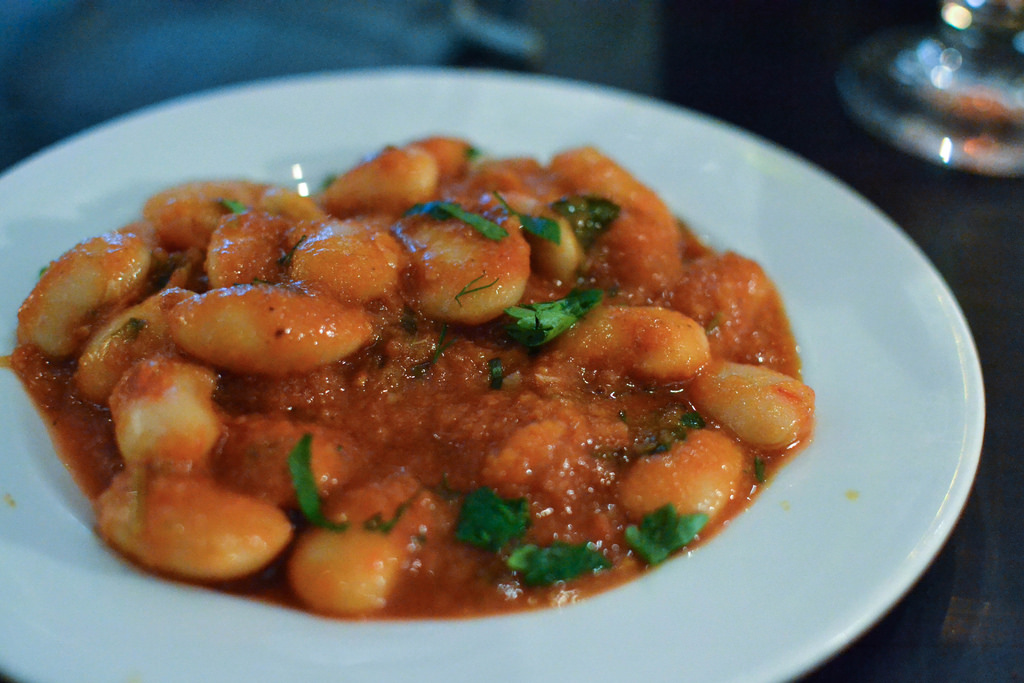 Smoked aubergine, garlic and shallots which – an earthy flavour balanced nicely with lemon 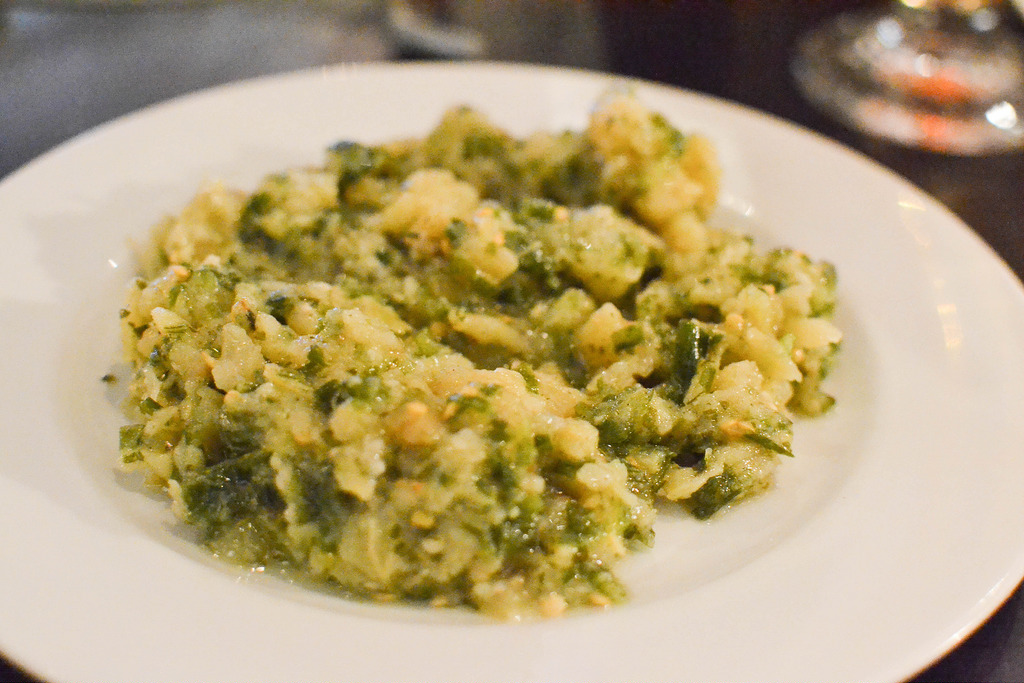 Feta dip coarsely chopped with roasted red peppers and red onions.  It doesn’t look very appetising in the image below but was tangy and crunchy.  A nice balance to the other dips. 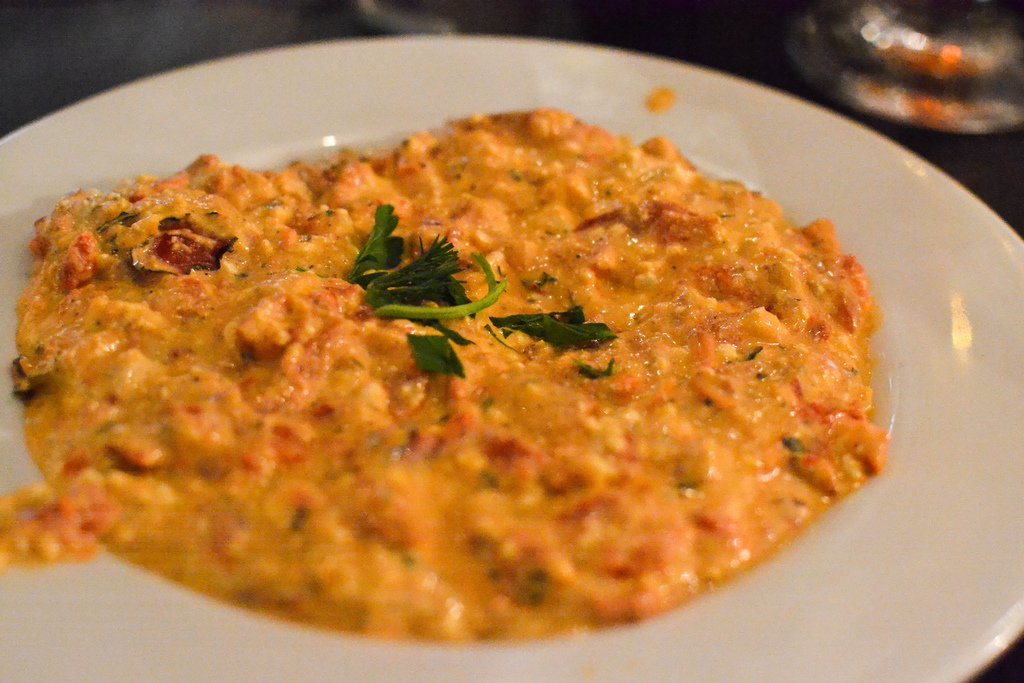 HTIPITI – could not pronounce this one!

Wonderful flatbread – ate too much of this.  Burnt in places, soft in others – just what you need for dipping. 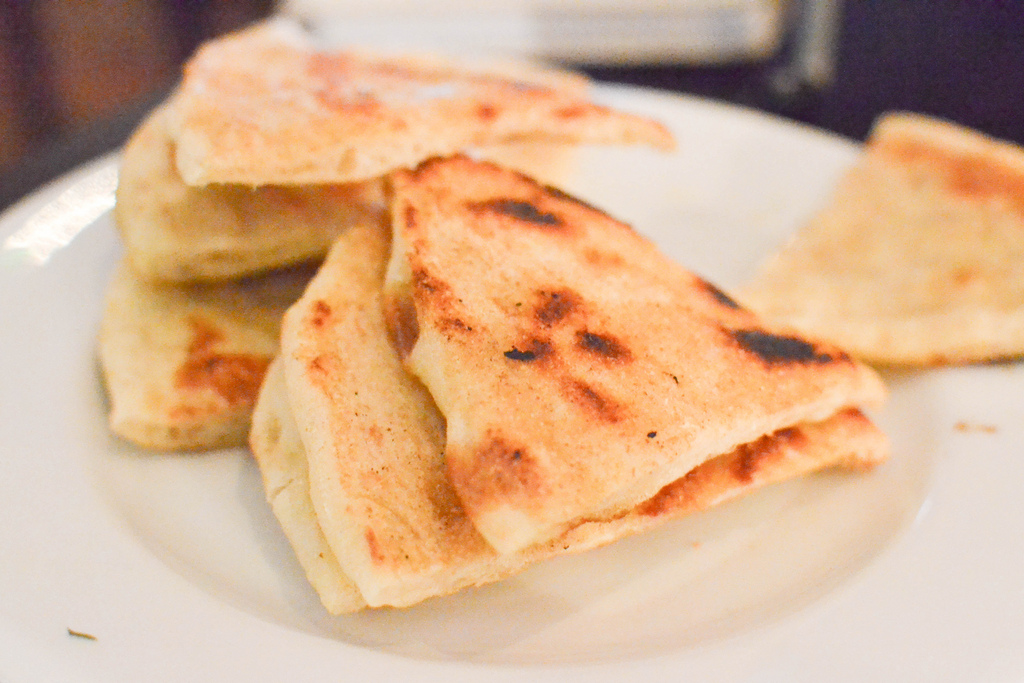 Melt in the mouth salt cod, home-cured then dipped in beer batter and fried. This was served with lemon mayonnaise but we preferred it with the aubergine above. 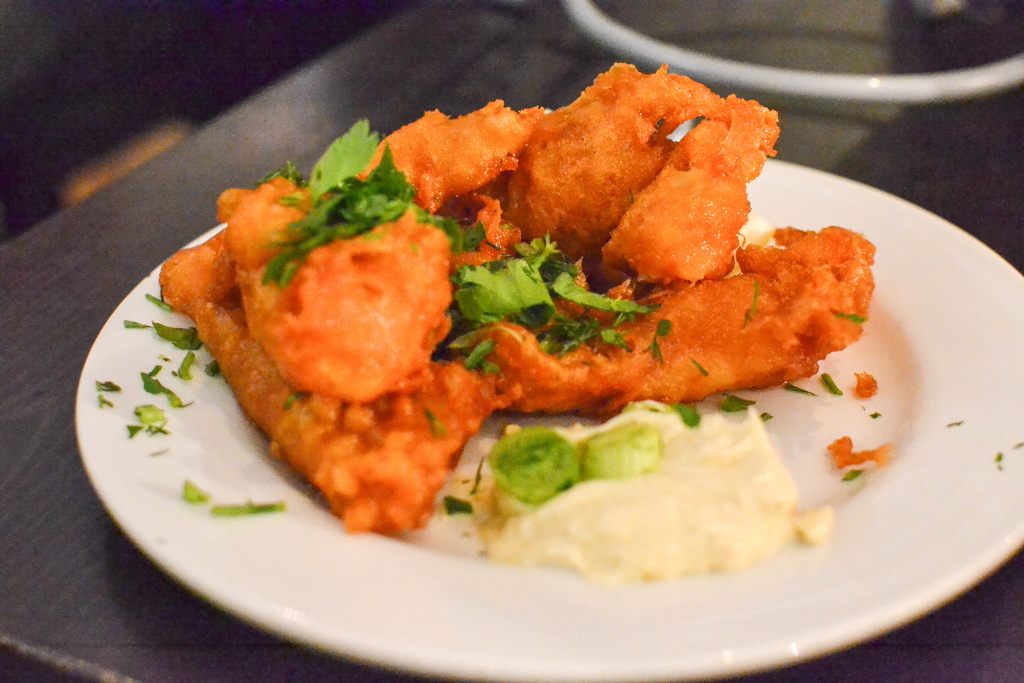 Baked filo pastry parcels with creamy leek, spinach and feta filling.  I didn’t like these much but it was good to see they were baked and not fried. 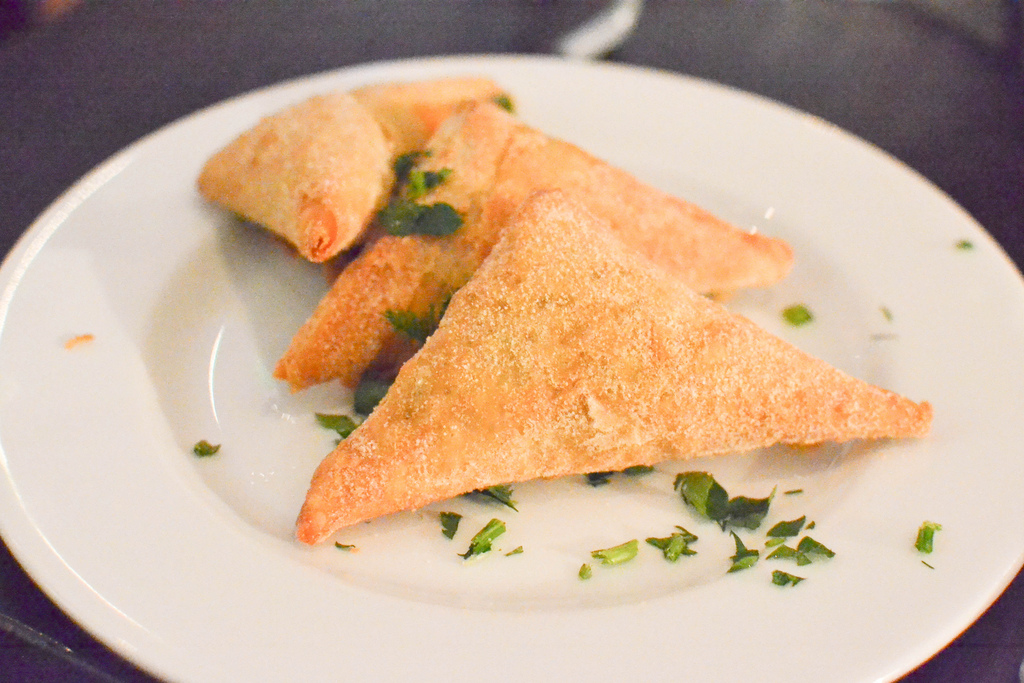 Beautifully tender  squid and a sticky Greek honey and
paprika marinade. This was my favourite dish. I could have eaten this with a glass on white wine imagining myself on the shores of a white sandy beach. 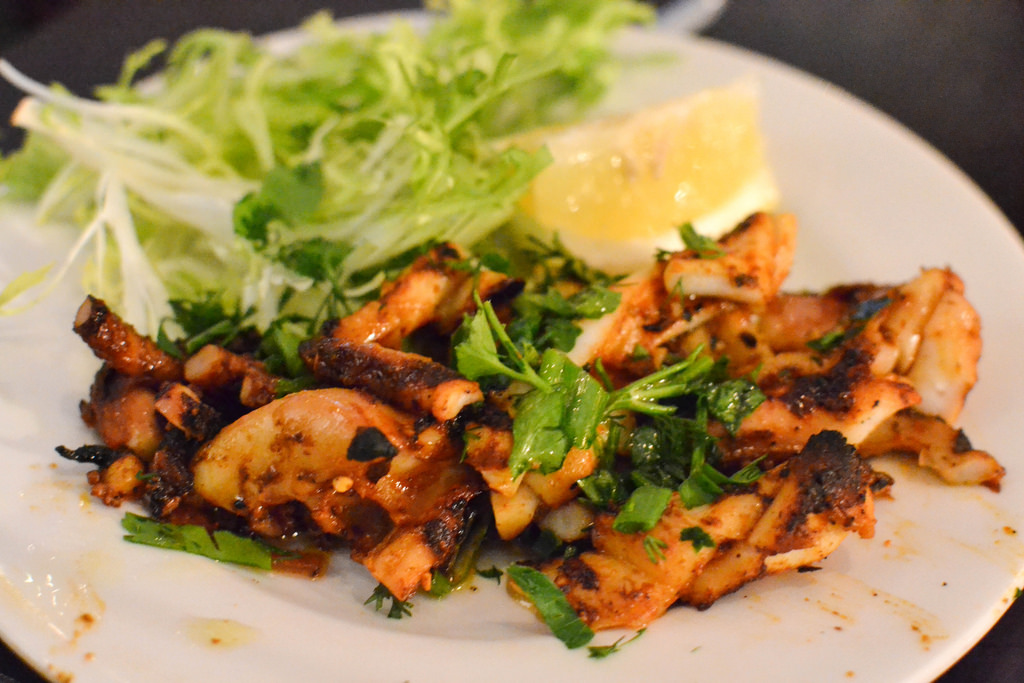 Succulent tiger prawns with garlic and chilli.  These were so juicy.  I rather enjoyed the juices dripping down my chin.  Felt like being on holiday. 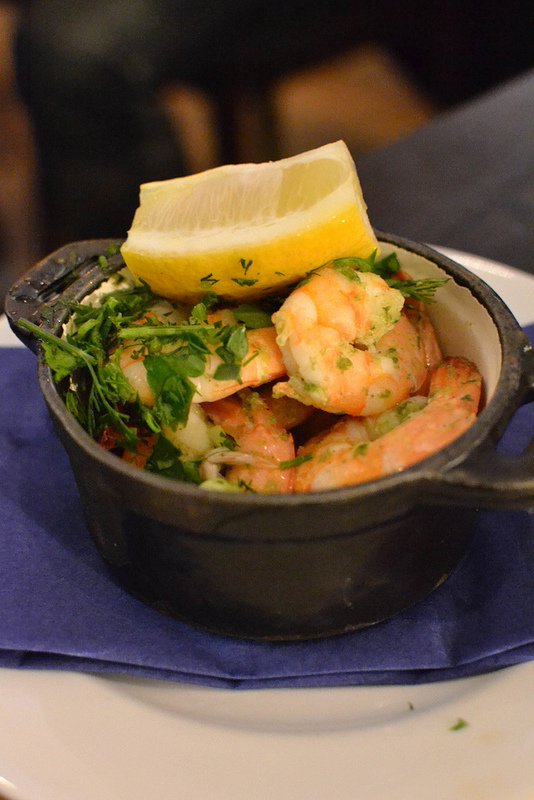 To drink I ordered a Greek beer but there is a large choice of wine and Greek spirits including a dessert wine which I was really intrigued by and keen to try when I’m not the designated driver. 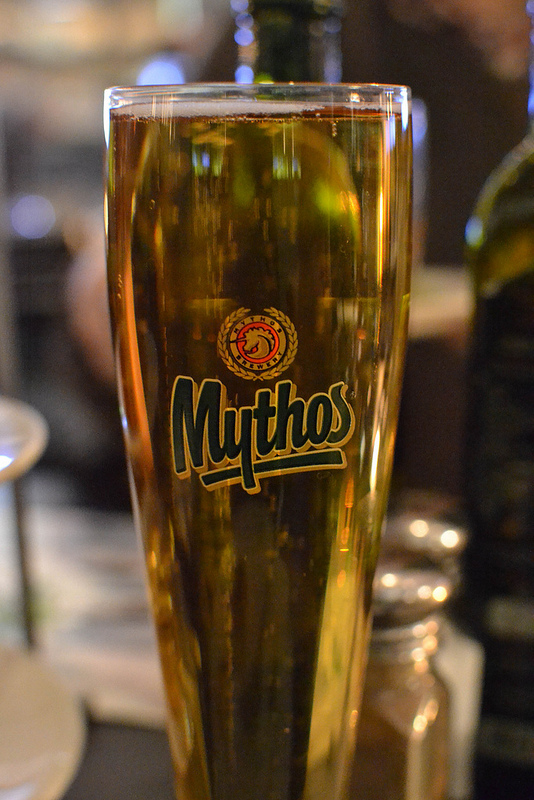 Our food came swiftly – almost too fast! – and still had the feel of being freshly prepared which you often don’t get at other chains like this.  I would have welcomed a bigger table to lay everything on rather than the stacking plate contraption. A clever idea but I think it detracted from the atmosphere of being in a taverna. 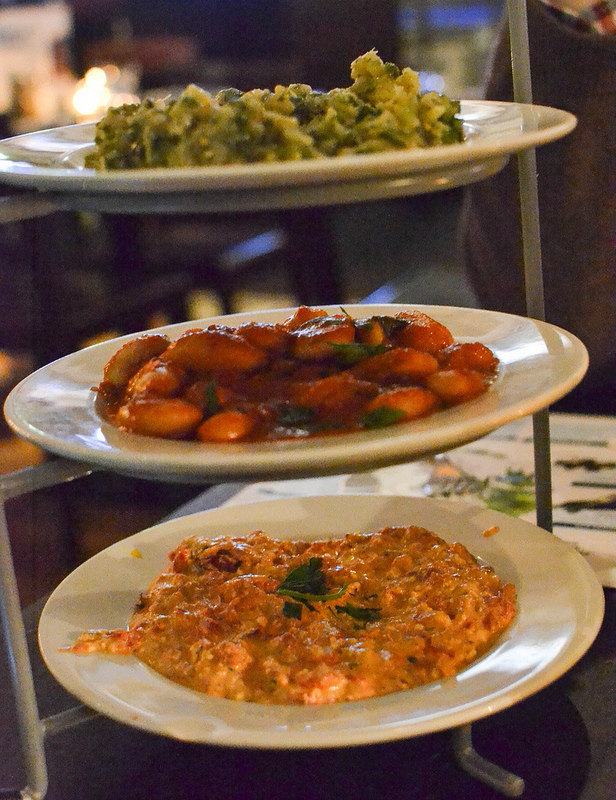 I was really full and would have gone happily without dessert if I hadn’t spotted Loukoumia.  I’d had these as a child on a school trip and have never seen some in this country so I ordered these with a Greek coffee. 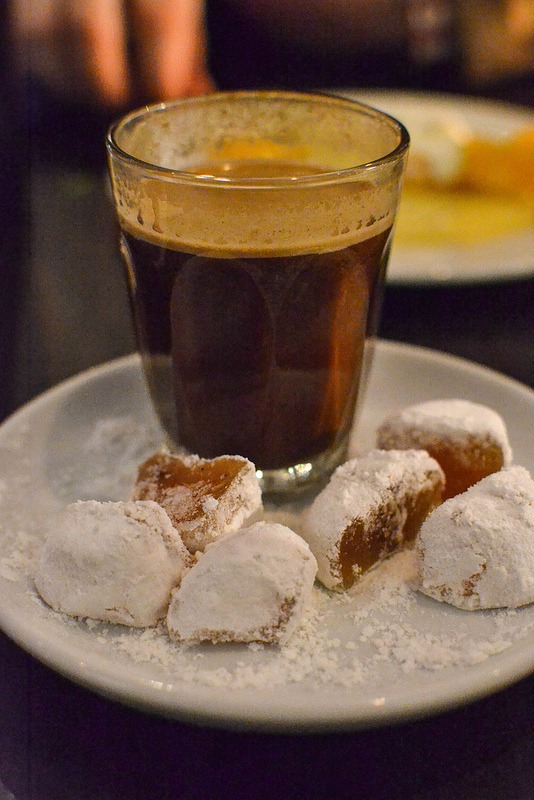 My sweet Greek coffee and Loukoumia – rather like Turkish delight

My husband had a very simple platter of sweet oranges with Greek yoghurt and pistachios.. 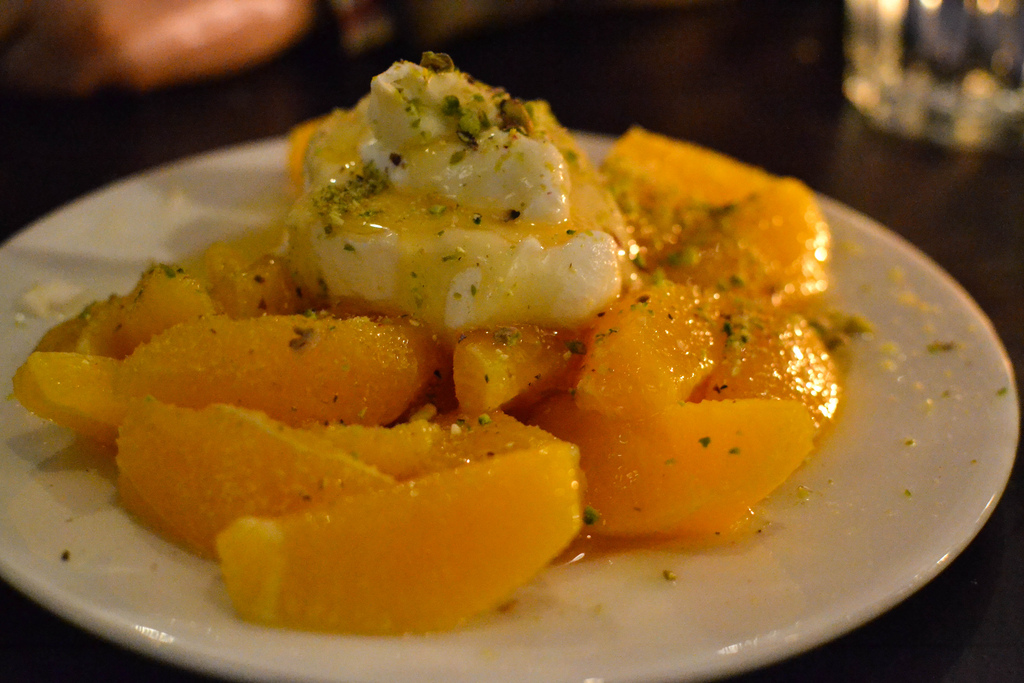 The food was all delicious. I was genuinely surprised. I live in an area with large Greek Cypriot and Greek communities and the food we had at The Real Greek would quite happily compare to the real deal we get locally.  we are thinking about going on holiday to Greece this summer so it was a wonderful introduction  for the children of the food to expect.  I think they were wowed too.

We dined as a guest of Westfield Shopping Centre but I think our meal was around £65 which I think is great value for a healthy, family meal for four.

Thank you to Monika at The Real Greek and Westfield Shopping Centre for a lovely meal and family evening out.