A dark church crypt was the setting for this unique pop up created by Remember A Charity. It was all very atmospheric.  Bare brick walls and sweeping black curtains.  I was one of the first and saw no familiar faces so to be honest I was a bit worried.  Was I about to eat my last meal?

To settle my nerves I headed for the bar.  I was greeted with Death in the Afternoon – a cocktail of Absinthe and Champagne invented by Ernest Hemingway.  I was warned that the wormwood extract within could damage my kidneys if consumed in excess. I’m not a huge fan of absinthe and so I had a glass and then settled for some champagne on its own. Far more preferable. The absinthe left a bitter taste on the tongue and though I am certain is was all in my head, I was starting to get rather nauseous.  Not a bad thing as it gave me the bravado to interview Chef Erol Defoe who co-created the menu with food writer Matt Day.  He reassured me that all the necessary precautions had been taken to prepare the food safely but there is always a risk with food that we forget.  Salmonella and Listeria immediately came to mind. 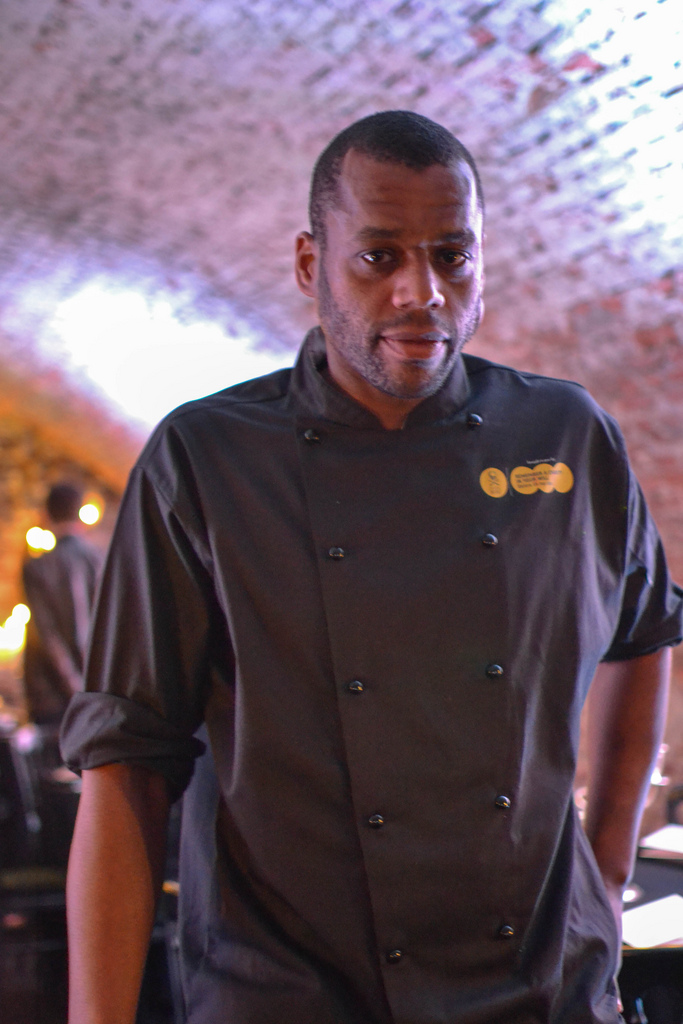 We took our seats at tables dressed in black linen.  Our waiter brought over a second potentially lethal cocktail – a Sake and Green Tea Martini.  I thought nothing of this.  I drink both regularly so was rather intrigued to find that the polyphenols in the green tea cold cause liver and kidney damage! Hmmm. perhaps I’ll steer away from the matcha from now on. 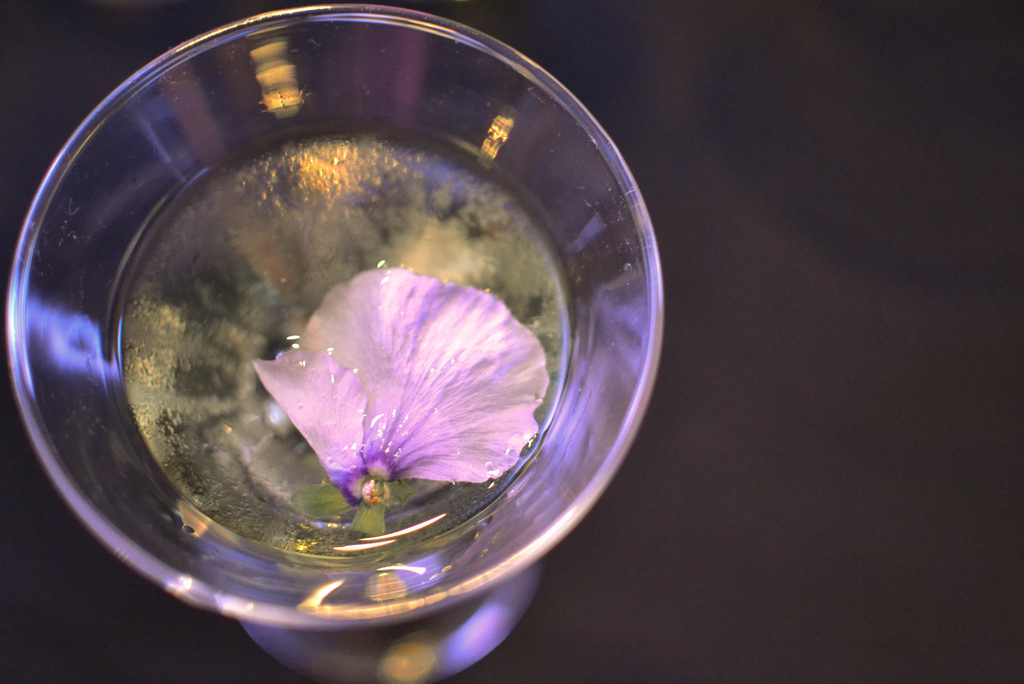 Our first course was Fugu Sashimi with Ponzu.  Fugu, also known as pufferfish, is   something I was never brave enough to try when I lived in Japan.  It contains lethal levels of Tetrodotoxin for which there is no known antidote.  It had a beautiful soft flesh which didn’t taste at all fishy.  I would never try cooking this at home because chefs train for years to prepare this fish.  In fact I’m not sure you can even buy Fugu without a licence. 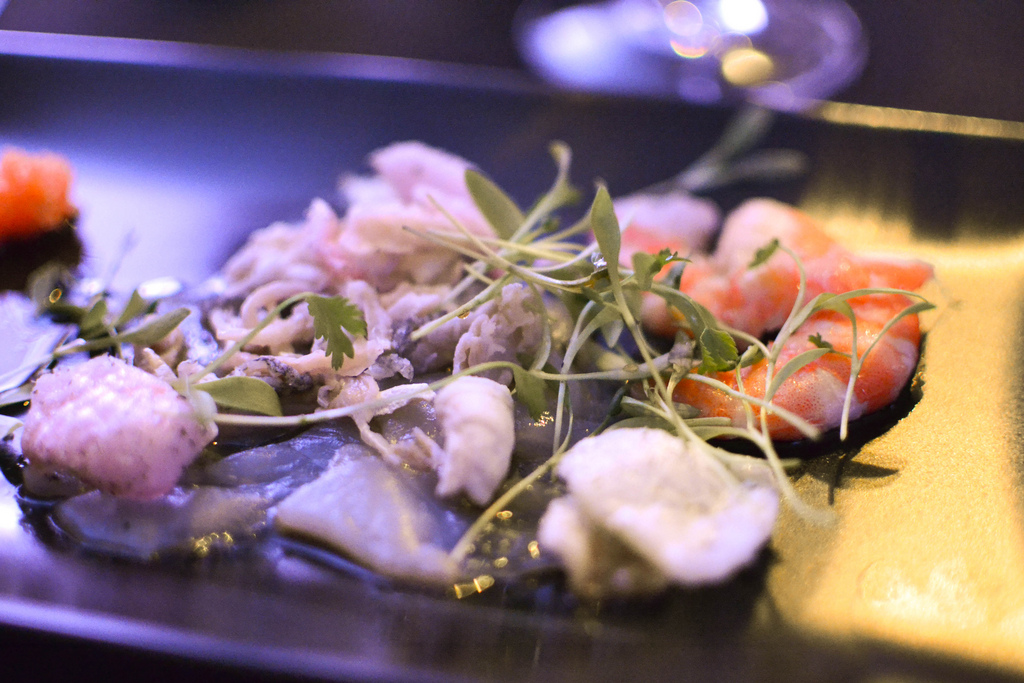 The second course was accompanied by a Bloody Hell Martini made with Irish Moonshine, tomato juice and rhubarb.  Irish Moonshine was outlawed in 1661 as it caused adverse side effects – headaches and blindness.  I’d say that was fair as it was one of the strongest drinks I’ve ever had.  Unbelievably moreish though and if you’re a fan of tomato based cocktails, this is one to try.  Perhaps not a great hangover cure but the Moonshine was made legal again in 1997 so give it a go. 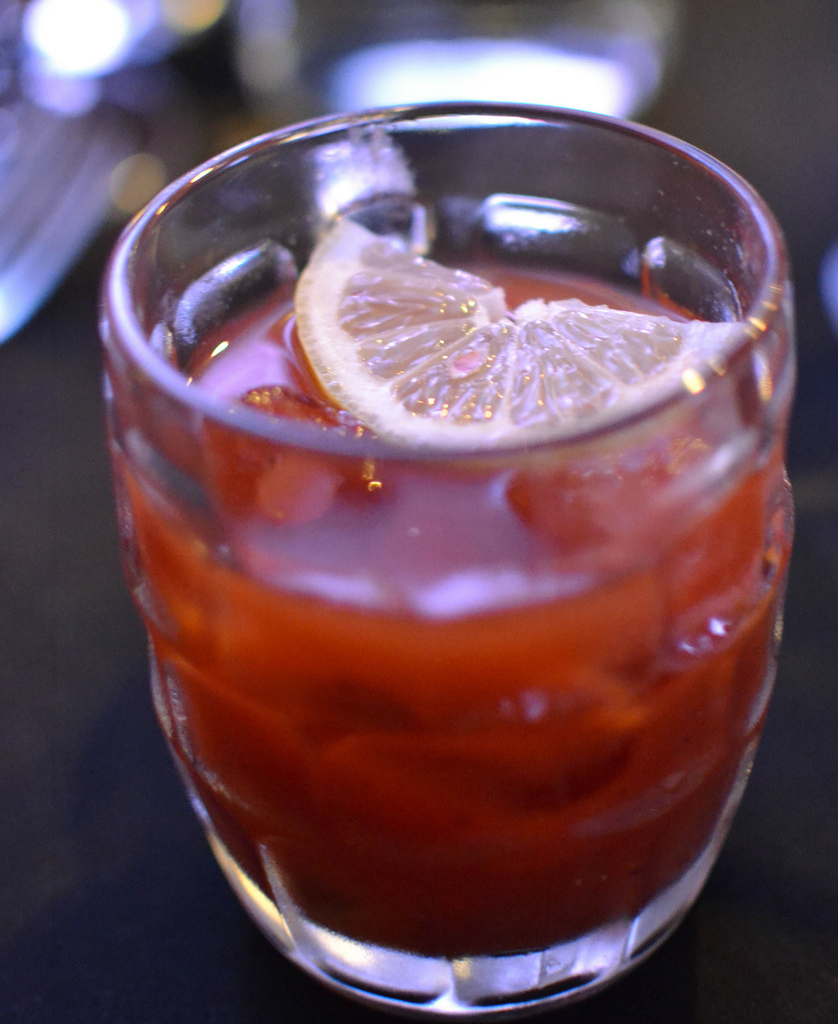 I’d pretty much drunk the whole glass when the Curried Ackee Pattie with Ghost Chilli arrived.  A great dish.  I was not afraid of the world’s hottest chilli.  There was a kick to something in the pattie but not enough to put me off eating the whole thing. 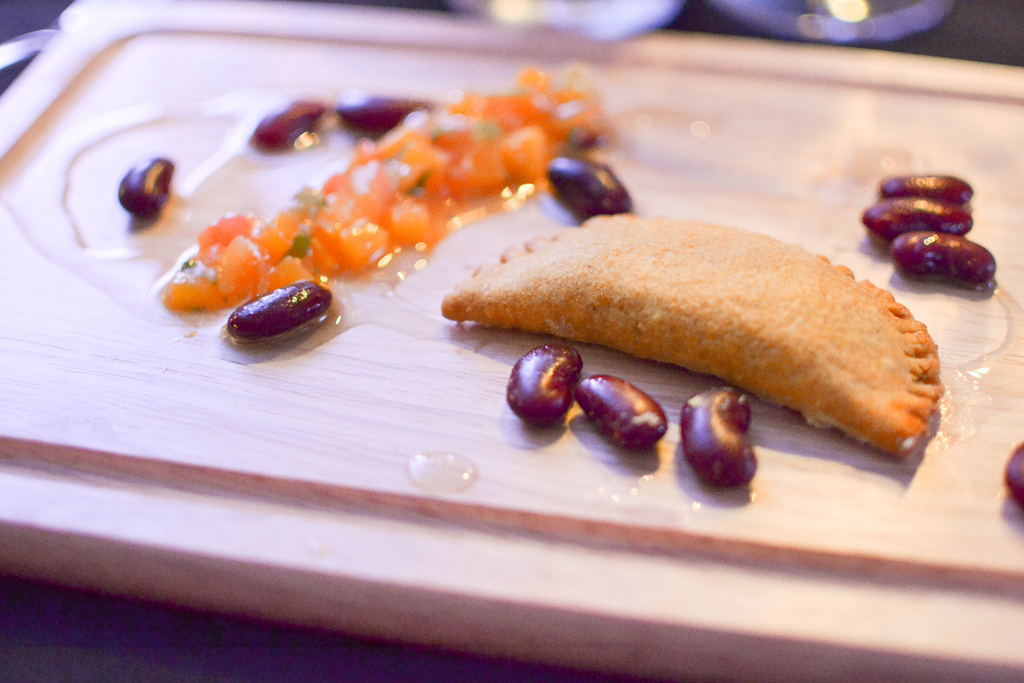 I knew mushrooms had to feature in the menu and they came next – Kluwak Nut Pasta with False Morels.  The Kluwak nut contains the deadly poison Hydrogen Cyanide as do the morels.  I did not know this and to be honest was ready to pass the bowl aside.  But fellow diners were tucking in and I succumbed to peer pressure.  Am so glad I did.  It tasted earthy.  The intensity of the morels – meaty almost – was amazing.  There was an umami effect with this dish. I wanted more. 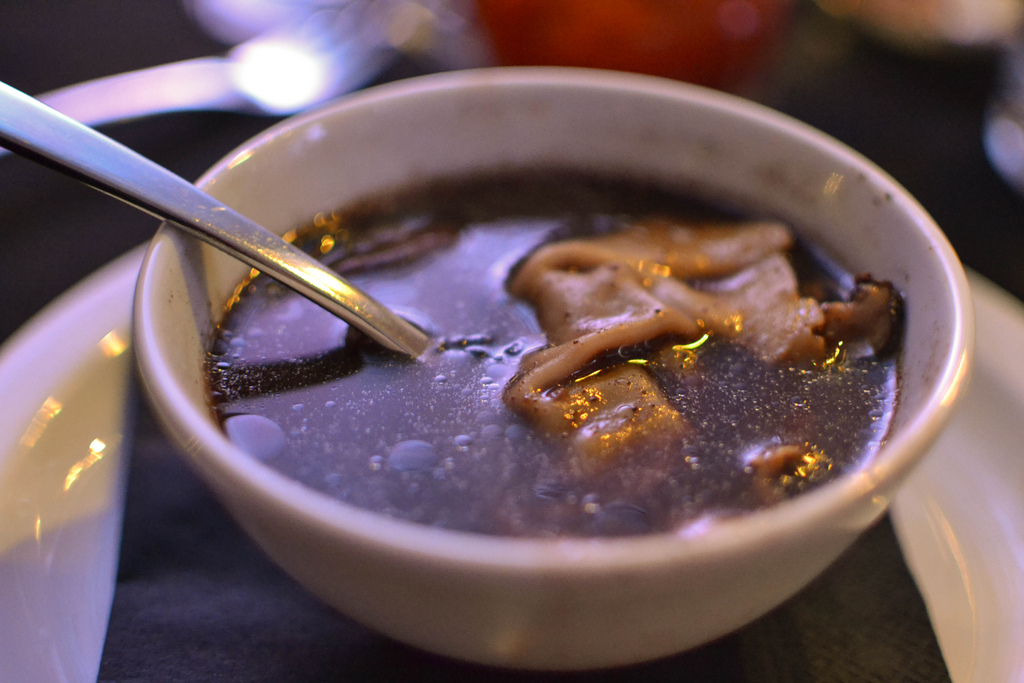 This is more than I can say for the Snake Wine that was doing the rounds.  It smelled like the corpses that were no doubt rotting under the crypt.  Traditionally in Vietnam, venomous snakes are steeped in rice wine so the poisons are denatured by the ethanol.  I wretched on the first sip.  Never again. 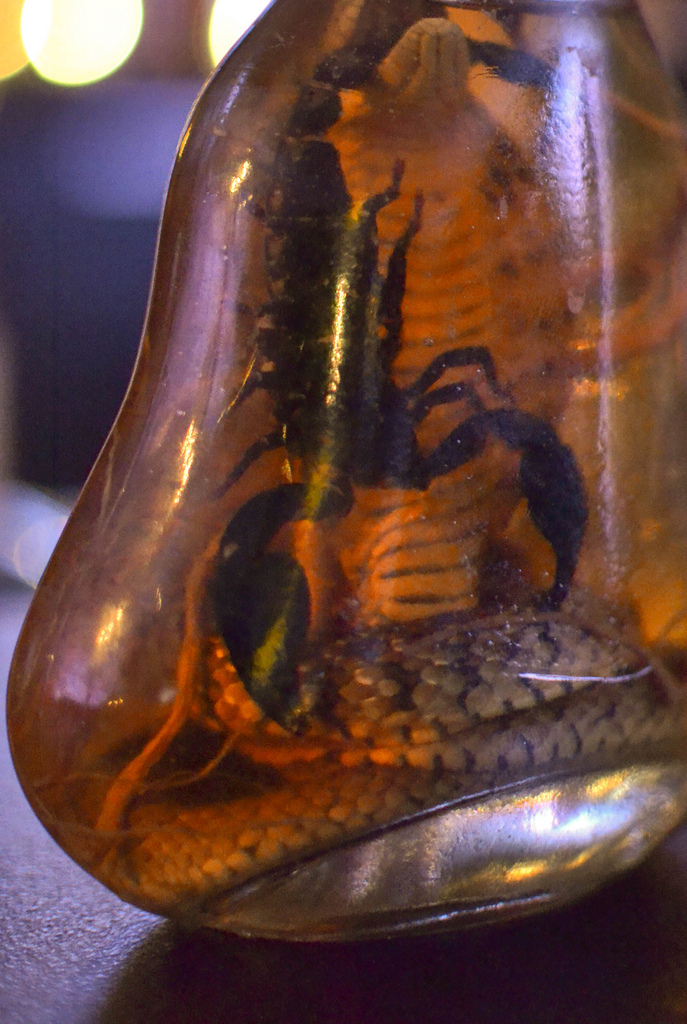 Macroons with Unpasteurised Bitter Almond Cream and Elderberry Coulis. What’s so lethal about those?  I make them all the time.  I covered my ears but could not help but hear that each bitter almond contains between 4 and 9mg of Hydrogen Cyanide.  Clearly it wasn’t enough to kill us all but I was starting to feel a bit dizzy at this point.   The Amaretto with it’s almonds and apricot kernels did not help.  More cyanide poisoning – sweet and intoxicating. 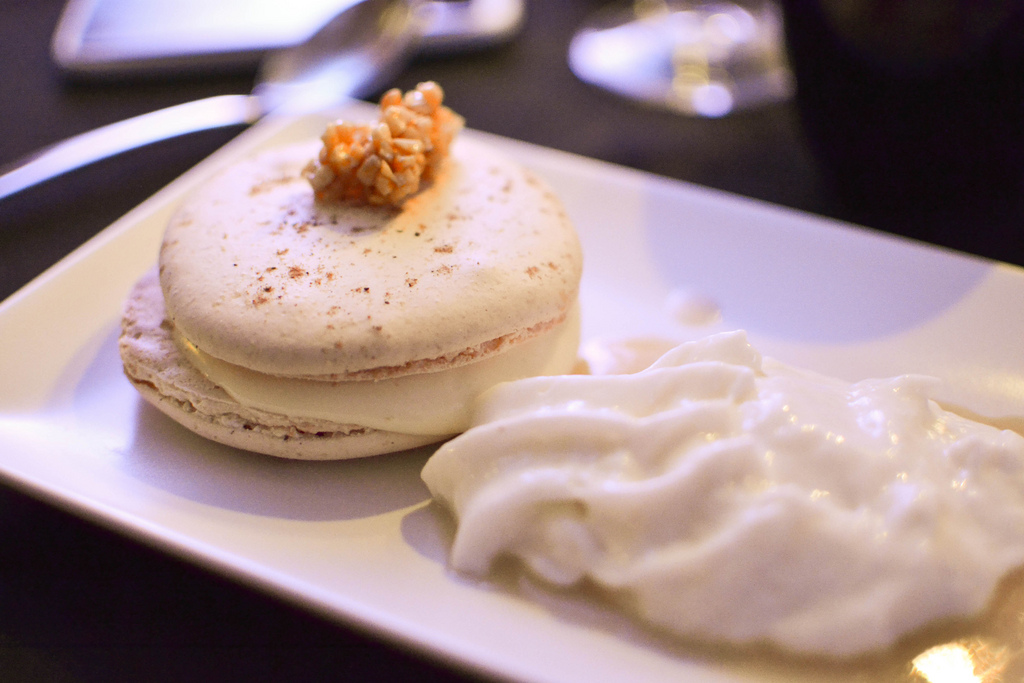 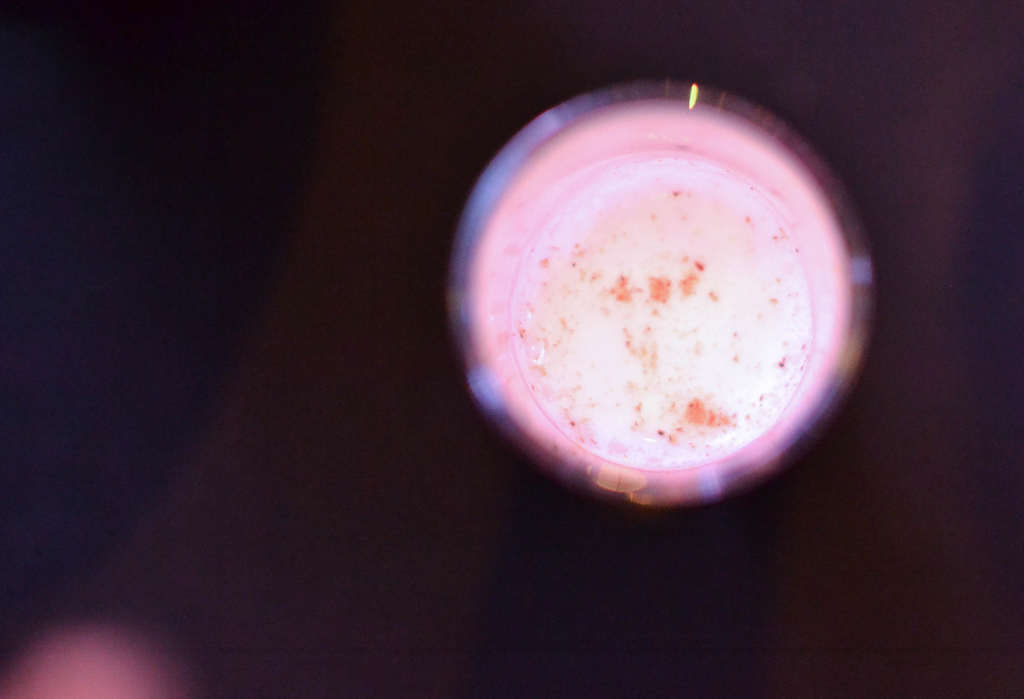 Amaretto or some hallucination!

A medley of toxins concluded our meal.  Peanut, Cacoa and Nutmeg Sweetmeats containing Aflatoxin, Theobromide and Myristicin.  I was certain I had heard all those names in the X Files.  Adverse symptoms include vomiting, hallucinations and death.  Well that was really enough for me.  I gave my 84.5% ABV Sunset Rum to my fellow diner.  He necked it down without pause.  We all paused to see if he’d make it up for air.  He did.  Phew! 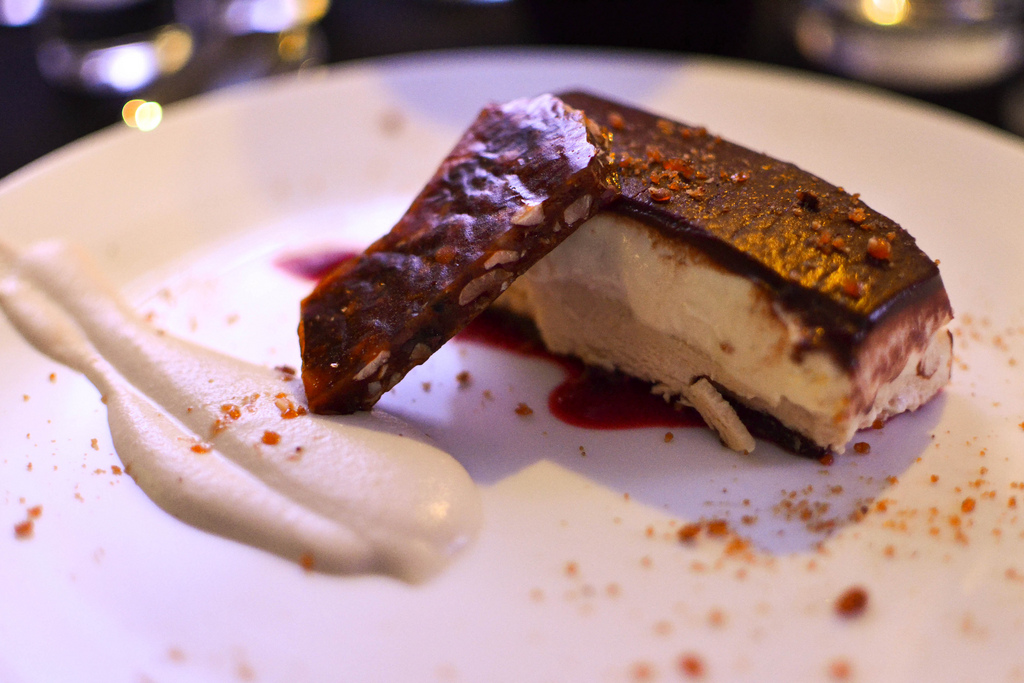 This was by far one of the most interesting meals I’ve eaten.  The pop up was organised by Remember a Charity – a consortium of 140 charities that aimed to remind us all of the unpredictability of life and the importance of taking care of friends, family and the causes they hold dear.  It’s very easily done.  In fact I completed my little Last will and Final Testament after the Amaretto.  All you need is a little postcard with the following words.  Nothing complicated.

Thank you to The Dog’s Trust and Remember A Charity for hosting me as their guest on the evening.  Thanks also to my fellow diners Victoria Glass and Danny Kingston amazing thought provoking conversation about death, alcohol poisoning and such.