Vanilla is probably one of the most popular flavours and ingredients in my household and one that I certainly took for granted until I discovered its history.

Vanilla beans originated in Mexico.  For hundreds of years the Totonaco Indians guarded the secret flavour until they were defeated by the Aztecs and had to handover the delicate vanilla pods as a tribute to Montezuma.  He in turn was conquered by the Spaniard Cortez in 1520 and so vanilla found its way into Europe along with cacao beans.  It was mixed with the beans and honey to make a drink called “chocolatl” and consumed only this way  until the early 1600s when the Queen Elizabeth I’s apothecary suggested is may be used as a flavour in its own right.  And so it’s popularity grew.

A labour of love to grow and yield a good crop

Vanilla pods are actually the fruit of an orchid and because of the way the plant is shaped, the orchid needs help to pollinate and produce fruit.   For hundreds of years, the only part of the world where these orchids could be naturally pollinated was Mexico.  This was all down to a little bee called the Melipone.  Once the wines started to be smuggled out of Mexico from the late 1700s, the orchid flowers needed to be hand pollinated in order to bear fruit – the vanilla pods.  Now when I say ‘hand’ pollinated I do mean that literally.  Even now, vanilla farmers the world over use wooden sticks the size of a toothpick to lift the thin membrane of the flower to press the pollen against the female organs. 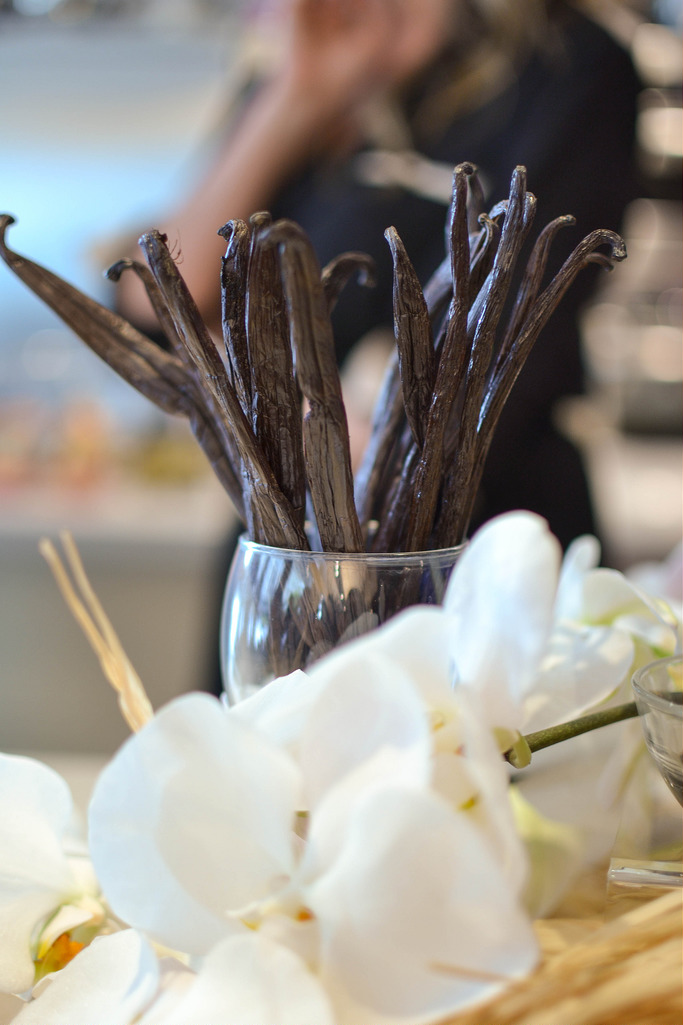 The plant then grows between 30 to 100 pods depending on how old it is and how large the grower has let it become.  Larger plants produce less pods so the farmer may focus on keeping plants small for about 10 years before leaving them to grow to their full capacity of between 50 to 70 feet tall.

It takes six to nine months for the green pods to grown and turn yellow at the tip.  This signals that they are ready to harvest.   Each plant is checked every day to make sure pods are picked at exactly the right time to be cured.  Traditionally in Mexico the beans would have been wrapped in blankets and straw and then baked for a day.  Nowadays the beans are soaked in hot water and the spread out to absorb the full heat of the sun.  Then they are wrapped in blankets and straw to sweat overnight.  This process could go on for several days until the farmer is happy the flavour is right for mellowing for a further few weeks.  You can see a step by step guide on the Ndali vanilla website.

Vanilla is now grown all over the world with Madagascar being the largest producer.  Indonesia, Tahiti, India and Uganda also grow vanilla so there is a choice of flavours that we have access to that the Elizabethans would never have dreamed about.  There is a great summary on the Nielsen-Massey website which goes through the key producing types, their flavours and suggests some cooking suggestions to match.

Getting the best out of vanilla

Sadly I grew up with ‘vanilla essence’ which is sweet and sickly – nothing like proper vanilla extract or paste.  It took me a while to transfer my taste-buds and learn the right balance for my palate.   Here are a few tips which might help you move away from essence and get the best from the various quality vanilla products there are now readily available in supermarkets.

As far as health benefits go…

There doesn’t seem to be many health benefits associated with vanilla.  For me it simply smells amazing and tastes wonderful which never ceases to put be in a good mood.  In fact I often light vanilla scented candles in the evening of a stressful day at work.  It seems to work its magic in food and outside of food.

Perfect for sweet and savoury

I wasn’t too sure about using vanilla in savoury dishes until I tried some of Eric Lanlard‘s little canapés at a Neilsen Massey hosted event at his Cake Boy Boutique.  I loved the smoked salmon sandwich. The salmon had been spread with a thin layer of vanilla paste and this was just enough to balance the smoky flavour without any sweet or bitter after taste. 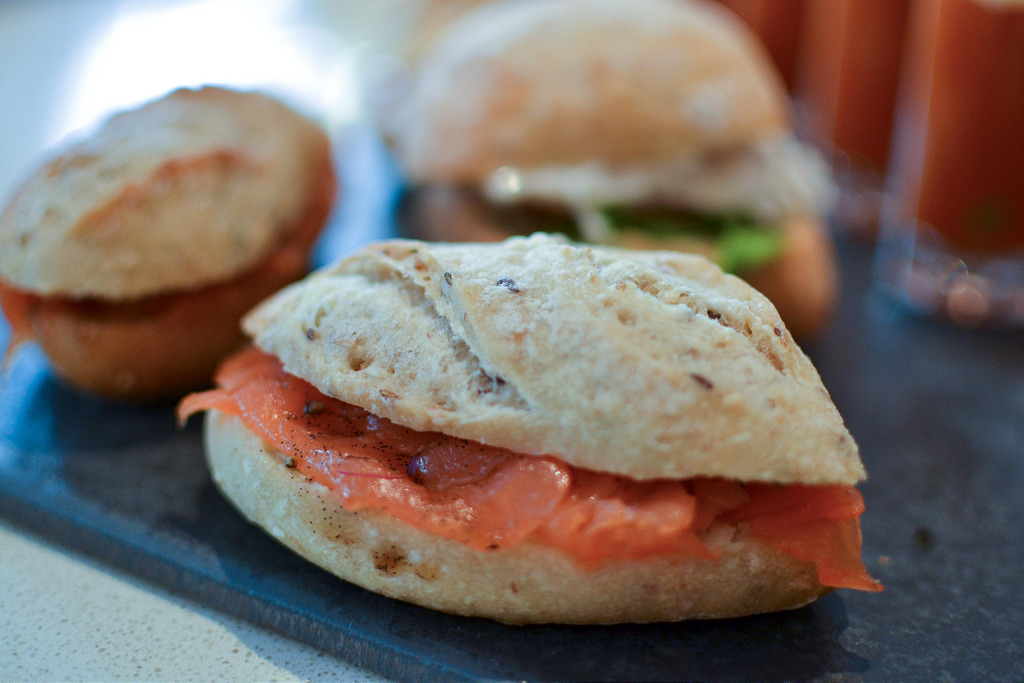 But it was this little gazpacho shot that sold it to me.  There was simply no acidic after taste and equally it wasn’t sweet.  Just blend a clove of garlic, a few spring onions, three large fresh tomatoes with a tablespoon of sherry vinegar.  Dilute with water and season to your liking, add a teaspoon or so of vanilla paste and then leave to infuse overnight. 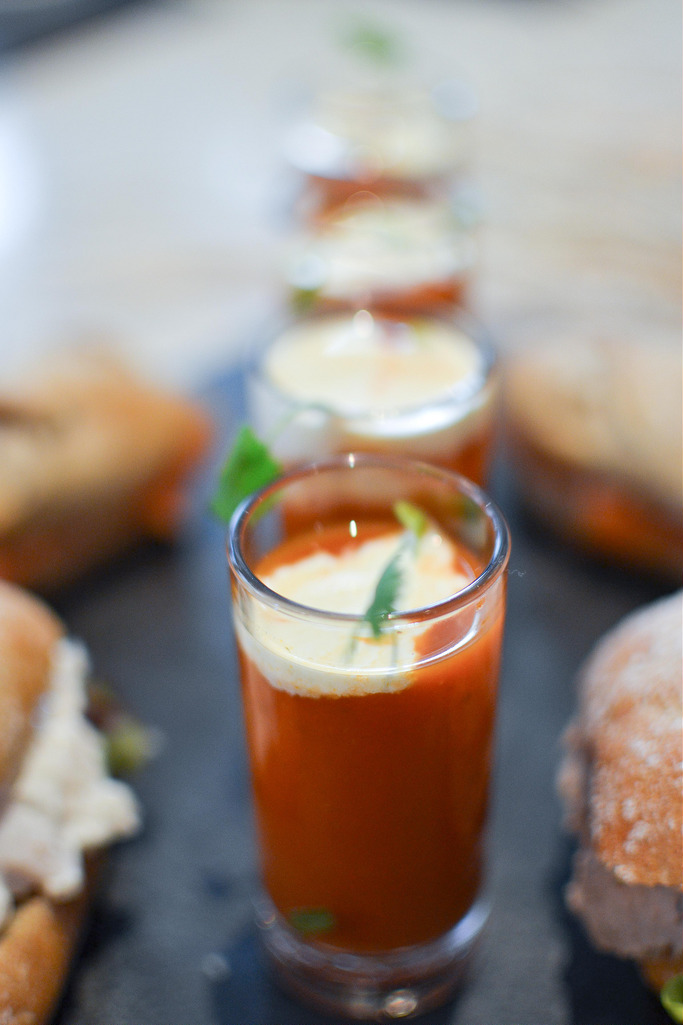 How do you use vanilla? Have you tried it in savoury as well as sweet dishes?