We gave each of our girls £3 to choose seeds for their little plots on our allotment.  My eldest daughter didn’t want to grow vegetables.  She wanted ‘pretty flowers to pick and put in her room’.  With her coins she found a packet of nasturtiums and a packet of sunflowers.  The sunflowers came to nothing which was a shame but the nasturtiums more than compensated.

It was amazing how a £1 packet of seeds has sprouted hundreds flowers to date.  They are multicoloured and did wonders keeping the aphids off our green beans – much to my daughter’s annoyance.  She also didn’t want me to pick any for eating which we debated for a couple of weeks and then agreed that as there were so many, picking a few of the very open ones might give the little buds some space to grow. 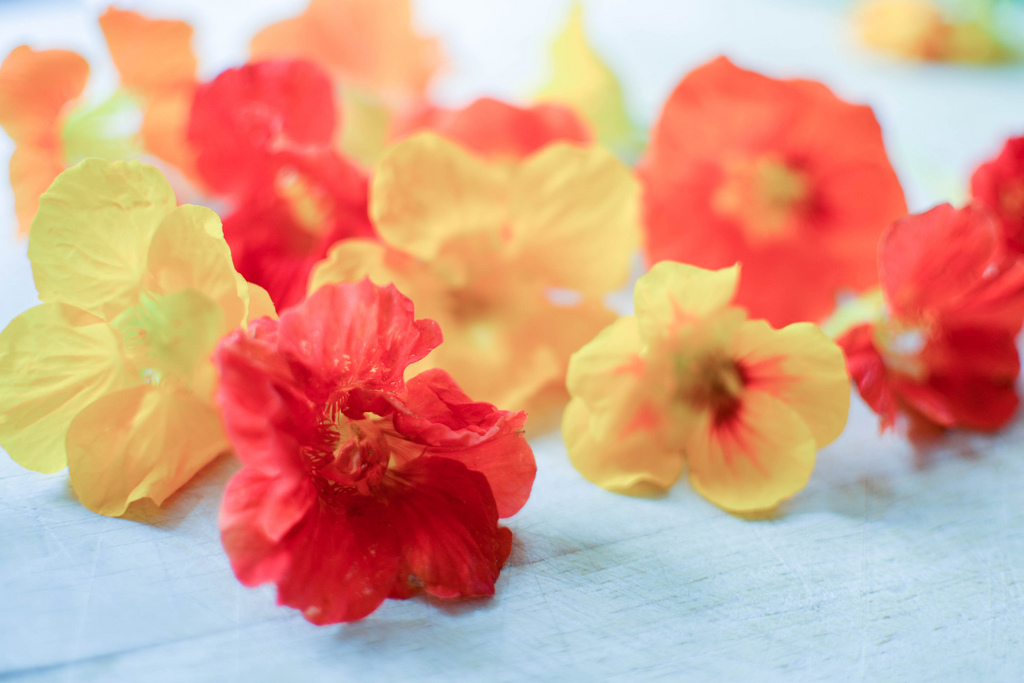 What I didn’t realise until a little research and reading was that the leaves and seed pods are edible too. This plant has its roots in South America where local tribes used the leaves mainly for their antibiotic properties.

I wasn’t able to find out how it came across to the UK but in the 1600s, it was known as Indian Cress because it tasted similar to watercress and came from the ‘Andes’.  It was highly valued because of it’s edible and healing properties.  Nasturtium leaves have a high levels of vitamin C.  Some say that eating a couple of the peppery tasting leaves at the onset of a cold can stop it dead in its tracks. Mediaeval remedies would prescribe two leaves three times a day.  Timely advice with the wet and cold onslaught of autumn of late! 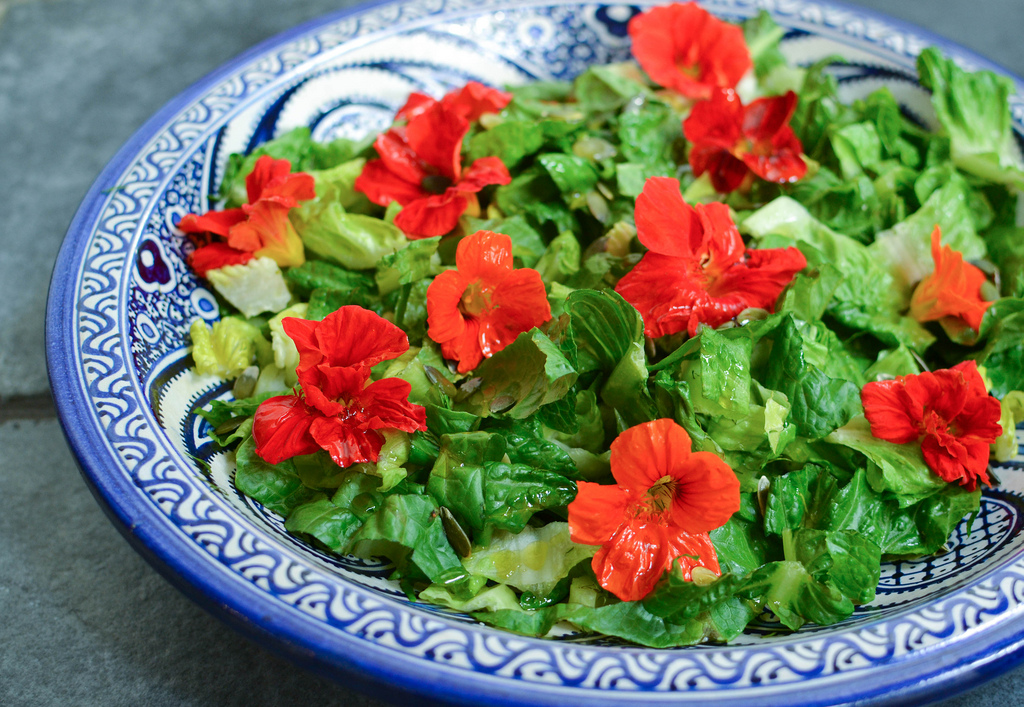 I also made some pesto from the leaves. 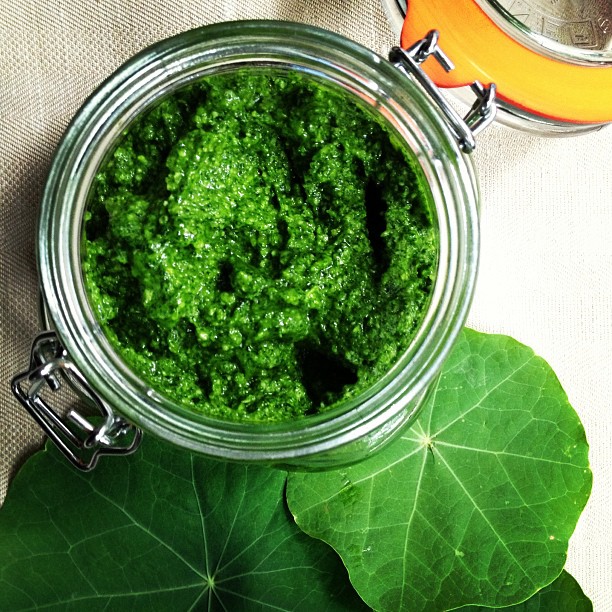 I am intrigued about the seeds after reading that in the mid 1900s, the seed pods were used instead of pepper as that was too expensive.  They were known as the poor man’s capers.  Villagers would dry the pods and then grind them to use as seasoning – sometimes with other dried herbs.  To be honest I tried this and the pods simply shrivelled up and went mouldy!

But I do like the idea of using them instead of capers once pickled.  Capers are still expensive and seeing that most of our flowers are now wilting, I may give this a go.  Visit Garden Betty for the recipe and step by step instructions. 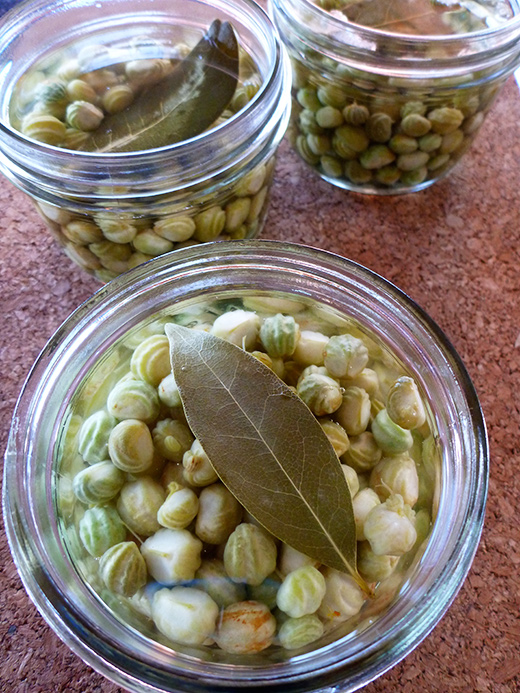 So all in all, I think this super immune boosting, cold busting all edible plant should really be categorised as a superfood.  There aren’t many plants that could do all that – all from a £1 packet of seeds!

Have you tried nasturtiums? How do you eat them? What vegetables do you plant them next to?

Previous Post: « (Back) To University with The Hungry Student Cookbook
Next Post: Lunch at The Riverford Field Kitchen »