A few weeks ago I went to Paris for a patisserie adventure as a guest of Eurostar and their new #wheninparis campaign. You can see my write up on their little website.   As well as patisserie, Paris is of course well known for it’s ‘chocolatiers’ and ‘confisseries’ – chocolate and sweet shops.  And there was only one place to start.

This wonderful corner store on Rue du Faubourg Montmatre is the oldest and arguably still one of the best sweet shops in Paris – anywhere for that matter! 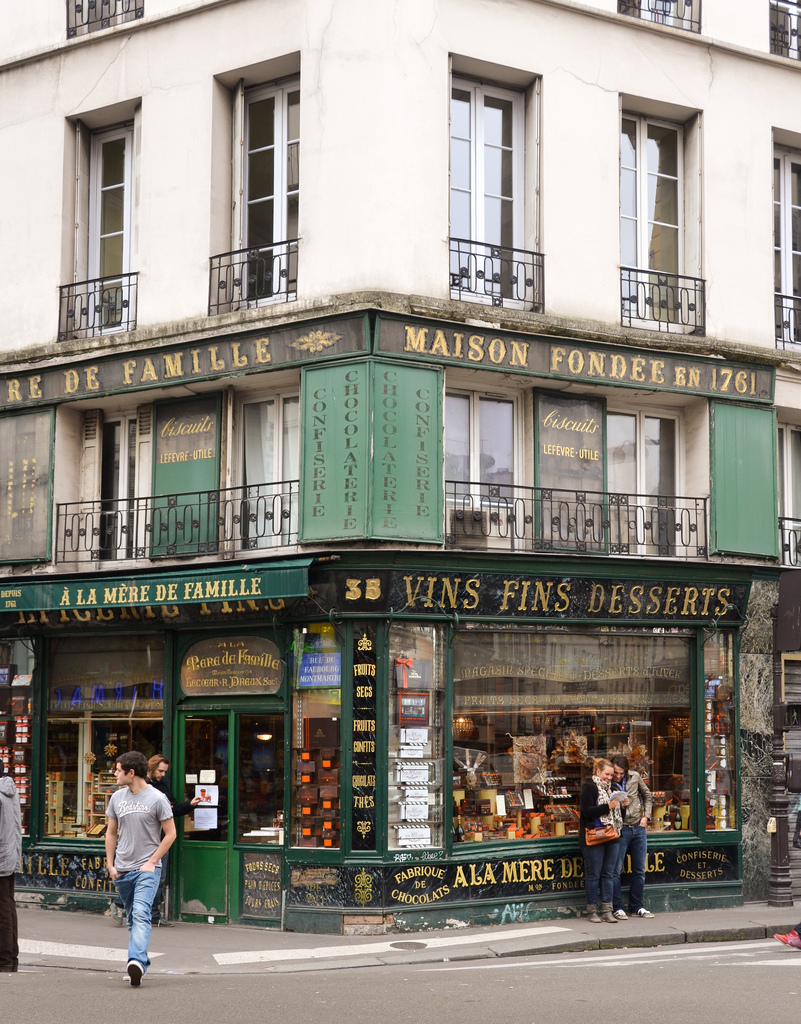 The oldest in Paris

The store stands grandly and uniquely square on the corner and retains the magnificence of the era with its marble fixtures and gilded signage.  In 1761 when Pierre Jean Bernard founded this place, the area was very much up and coming in Parisian society. A perfect location for setting up his family business.

The building is now listed and still family-owned.  Inside there is much of the original décor still in tact.  On entering through the corner doorway, there is a central display cabinet in dark wood that has aged well giving a smell of chocolate and polish in equal measure.  I was advised it is the original furniture that was acquired in the 1700s and I can believe it based on the little knocks and bruises here and there.  On the day I went, there was a very modern autumnal display drawing me in to the dozens and dozens of sweets on offer. 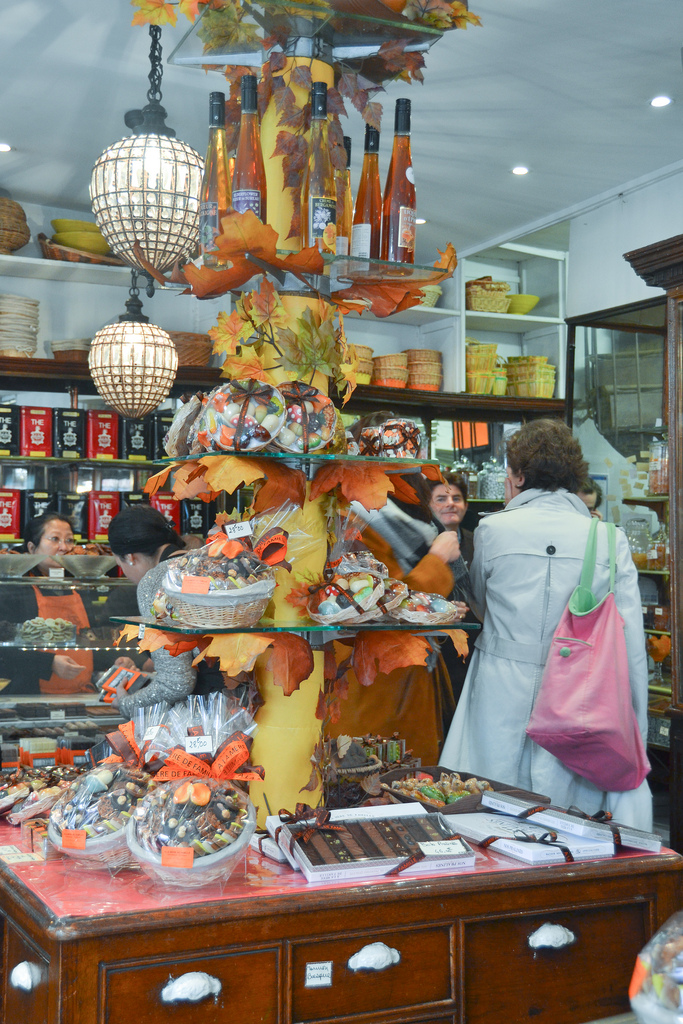 Behind this there was a traditional counter enclosed within a glass frame.  The young man who served me still used the old cash register but was rather shy about having his picture taken.  Liquers are also still sold here and you can see the beautiful old sign listing the different varieties.

Calissons D’Aix in this Parisien Gem

I must confess that as well as chocolate I am partial to anything iced.  When I lived in aix-en-Provence as a student, I would treat myself to calissons.  These are almond shaped sweets traditionally made by grinding whole almonds with dried fruit and then topped with a layer of royal icing.

They were created to celebrate the deliverance of Aix-En-Provence from the Black Death. A little morbid but a great excuse to shy away from exam revision which was a black death of its own.  I’d hunt down different flavours in different shops and practice my French with the charming owners to feel less guilty about leaving the books behind of an afternoon.   The range of flavours at La Mere De Famille took me back – the traditional melon, through to orange, cassis, lemon, raspberry, blueberry and prune. It is said that the ladies from the Folies Bergere just up the road would nip own in their breaks to snack on a few.  I wonder if they licked the icing off first like me too.

Single Origin Chocolates From Across The Globe

The store also does an amazing range of single origin chocolates from Madagascar, Ecuador and Venezuela to name a few. I bought a Venezuelan 95% with cocoa nibs sprinkled over the top and must admit it was some of the finest proper chocolate I’ve tasted.  There were also the thinnest chocolate discs with different flavoured creams inside.  So so delicate but with a perfect snap showing someone somewhere in the back takes tempering very, very seriously. 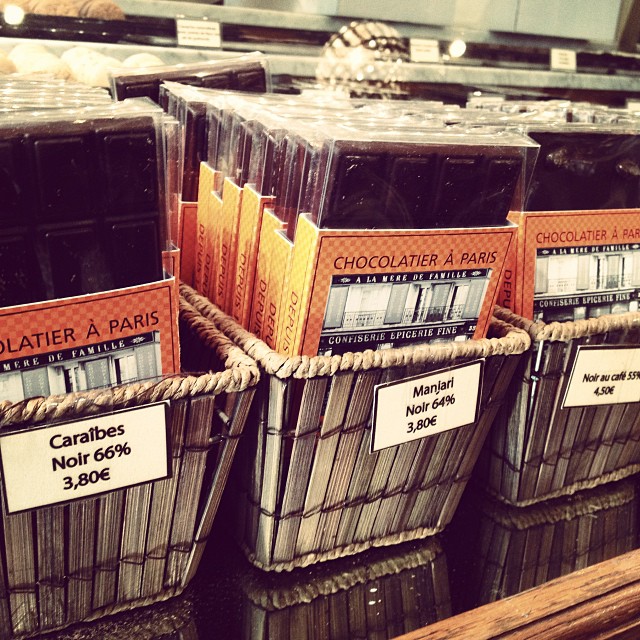 I could have stayed here all day just pottering.  It’s well worth seeking out but unlike me, go at the end of your day so you can load up with gifts in their exquisite packaging.  There are several stores across Paris now but this one at 33-35 Rue Du Faubourg Montmatre, 75009 Paris is most certainly a vintage I’ll revisit again and again.

Do you have a favourite chocolate shop? What sweets were your little treat as a child?