A few months ago at The BBC Good Food Show, I was invited to meet the Barber family and learn about their cheddar.  I’m a sucker for good British produce and even more of a sucker for family businesses so I could not resist. 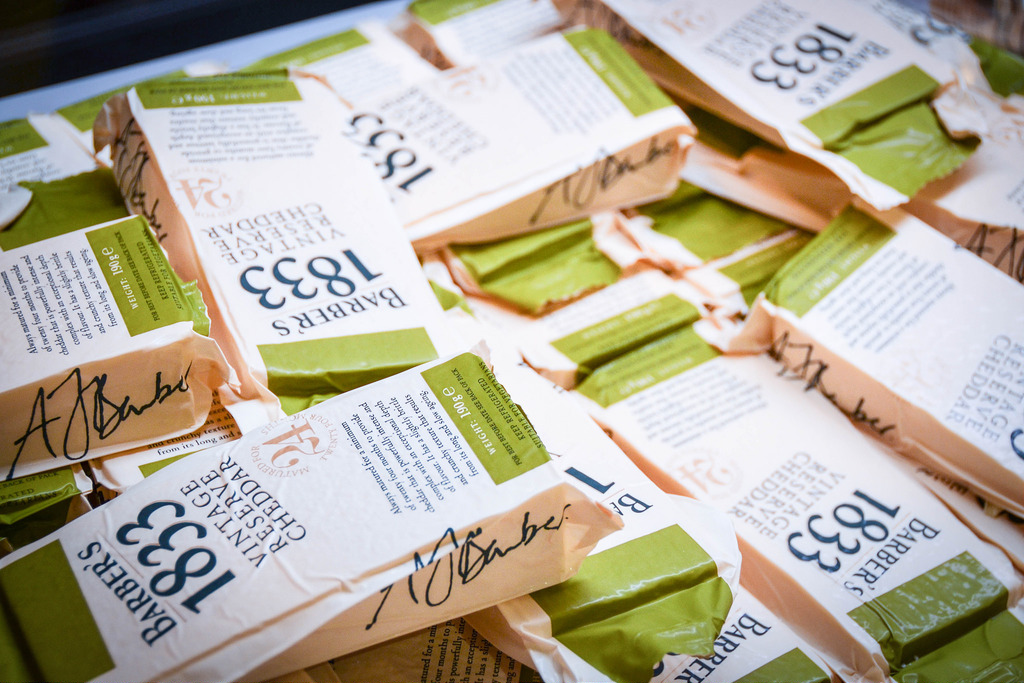 I was greeted warmly by three lovely gents from the Barber family.  The business is run by cousins Anthony, Chris, Charlie and Giles Barber, the sixth generation of the Barber family, and many other family members are still involved.  They each have a role to play which keeps the balance of management harmonious I suppose.

A blend of science and art

There is both science and art in cheesemaking which I already knew and truth be told, this is the area which fascinates me.   The milk is sourced from their own cows and from neighbouring farms.  It’s pasteurised and then infused with a starter culture.

The family have created a specialist laboratory dedicated to the preservation of the natural starter cultures historically used for making cheddar.  The cultures are the most important ingredient in creating the flavour and character of the finished cheese and were developed from the natural bacteria found in milk from the area.  Over time certain strains were found to make particularly good cheese and as technology has moved on these have been isolated and refined.   The Barber family told me that they are the only cheddar producers to use these traditional cultures to make block cheddar.

After the starter is added, the mixture is pumped to individual cheese vats which sounds like the only modern element of the whole process.  Then rennet is  added and the milk coagulates. This ‘junket’ is cut and scaled to separate the solid ‘curds’ from the liquid ‘whey’.  The curd is then cut and turned by hand.  This process is called ‘cheddaring’ and allows the cheesemaker to feel the curd and make any subtle changes needed.  Finally it is milled into chip size pieces and salt is added to help preserve and control the development of the cheese.  Once this has been done the curd is pressed into blocks and stored in specialist wooden cheese boxes.

Each daily batch of cheese is left for around three months before being graded to assess if the cheese is ready or needs longer to mature.

I was blown away by the family’s passion for cheesemaking and provenance but also for British farming as a whole.  Managing their own herds enables them to understand the needs of other farmers and the dairy industry as a whole.  Agriculture, and in particular dairy farming, are a significant part of the local economy in Somerset which they are all keen to protect for future generations in a way which balances with the need for modern equipment and a certain level of industrialisation to remain profitable.

The hour or so I spent with Giles, Charlie and Anthony really didn’t seem enough.  I want to learn more about the start cultures and their impact on the cheese and look forward to spending some time on the farm later this year.  In the meantime, I’ll be content in my stash of Barber’s 1833 Vintage Cheddar and enjoy experimenting with it. 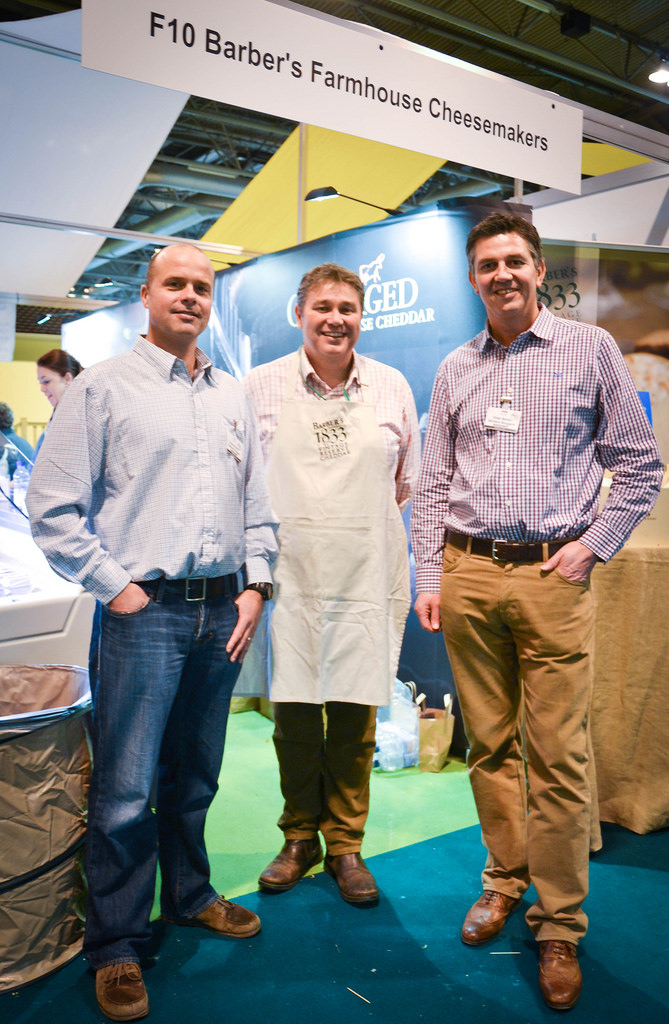 One of the discussions I had with the brothers was how, as a relatively mild cheese, cheddar has been such a big part of the food culture change in Britain.  My family immigrated here in the 1975 and I had never eaten cheese before then.  Cheddar is mild compared to many British cheeses and was adopted easily as part of my school lunch boxes rolled in a chappatis instead of a sandwich. In fact my favourite sandwich nowadays is a Cheddar and ‘Chevdo’ Sandwich.  Bombay Mix is the common name for chevdo and let me tell you how marvellous this is teamed with a crusty roll, coriander chutney and grated cheddar.  I also use cheddar grated into dhals and in samosas.  It has a perfect tangy flavour that works so well with spices. 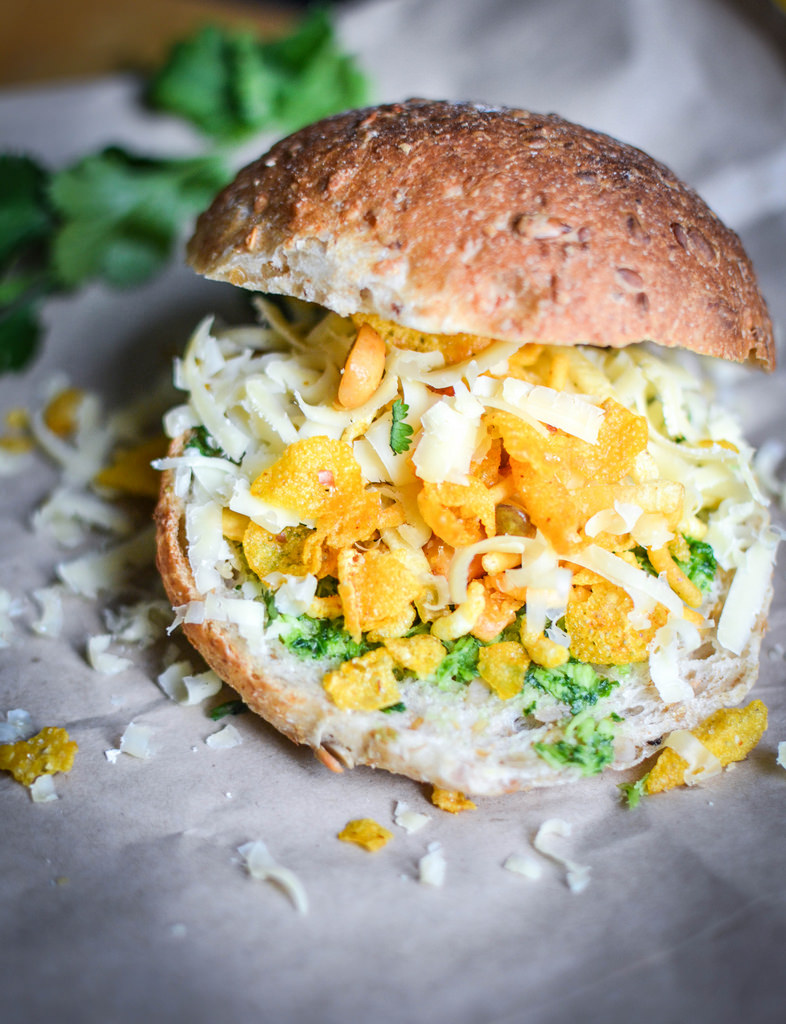 I was kindly provided with a cute coolbag of Barber’s 1833 Vintage Cheddar and all the other ingredients I needed to make some twice baked cheese soufflés. I deviated of course and have added cumin which works exceptionally well. 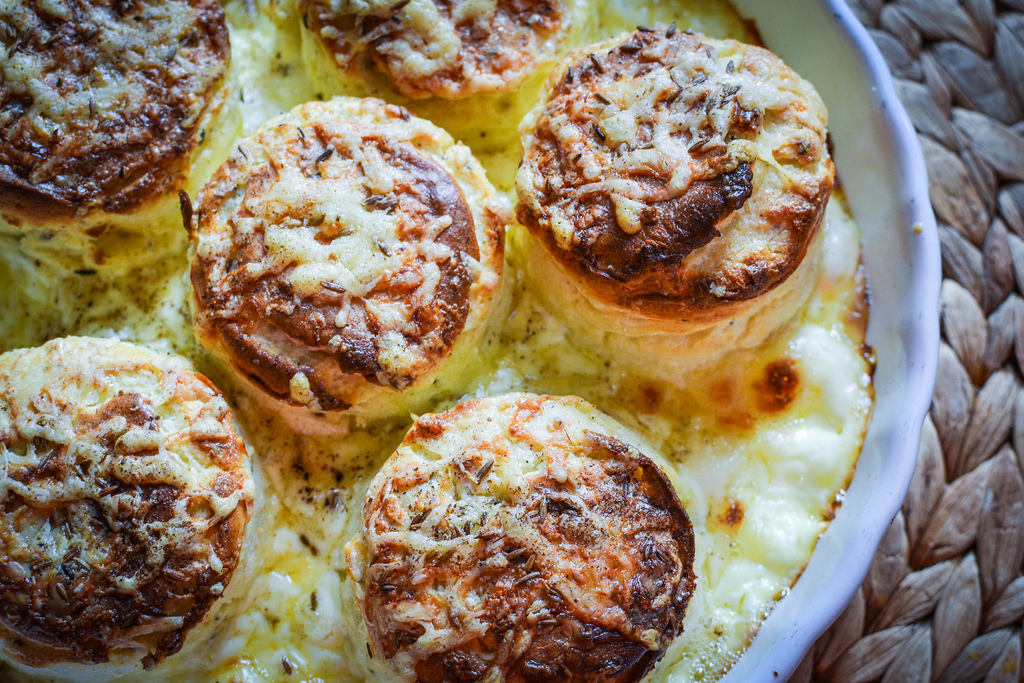 I’m so proud of the Barber family for doing what they do.  I’m comforted that like so many of the French cheeses, the 1833 Vintage Cheddar retains provenance as a key attribute.   It’s a massive asset to the Somerset food industry and I do wish them every success in their forthcoming growth plans.

What’s your favourite meal or snack to cook with using cheddar? What are your views on provenance?