Idly flicking through my Twitter feed over New Year I came across an article entitled Top 10 Countries to Visit In 2016. I never pass up travel inspiration so I scrolled down the list and was surprised to discover Wales noted at number 8.  I always forget Wales is a separate country. It’s just 2 motorways and one bridge away for me to travel to so I really have no excuse.

Wales is celebrating 2016 as its ‘Year of Adventure’ but to be honest I’d rebrand that and launch it as a ‘Year in Food‘.  The country really could be self sufficient for food.  I was invited to try the delights of Pembrokeshire and was overwhelmed at the choice and passion of food producers.

A foodie haven I visited is The Harbourmaster Hotel in Aberaeron.  It’s right on the sea along the A487 coastal road between Pembrokeshire Coastal Park and Aberystwyth.  It’s nestled along the picture perfect harbour so you can see out to the St George’s Channel from almost all the rooms.  Mine was tiny to be fair.  Even at a petite 5ft 1.5′ I struggled to get into the little shower but the single bed was just perfect to nestle into.  There are larger rooms of course as well as a two bedroomed cottage right next door. 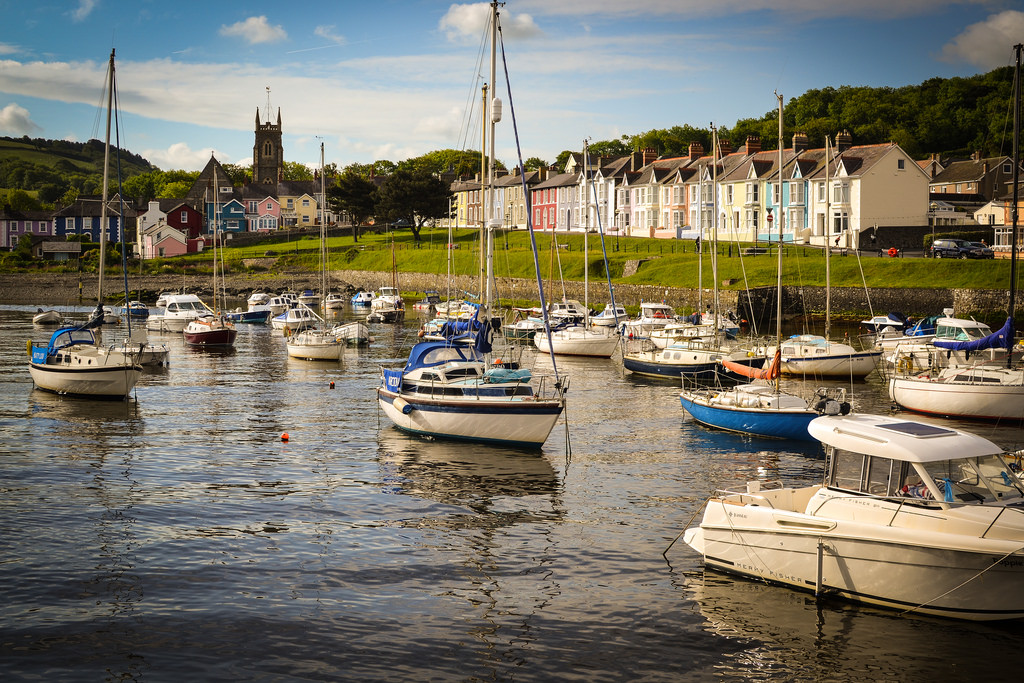 View from the front of the Harbourmaster Hotel 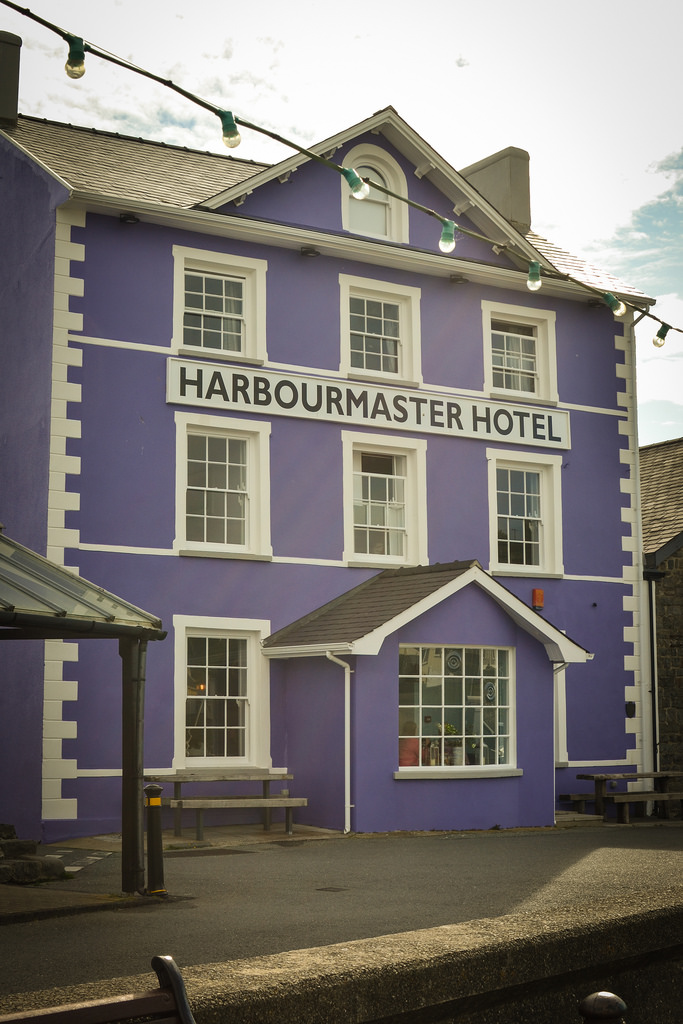 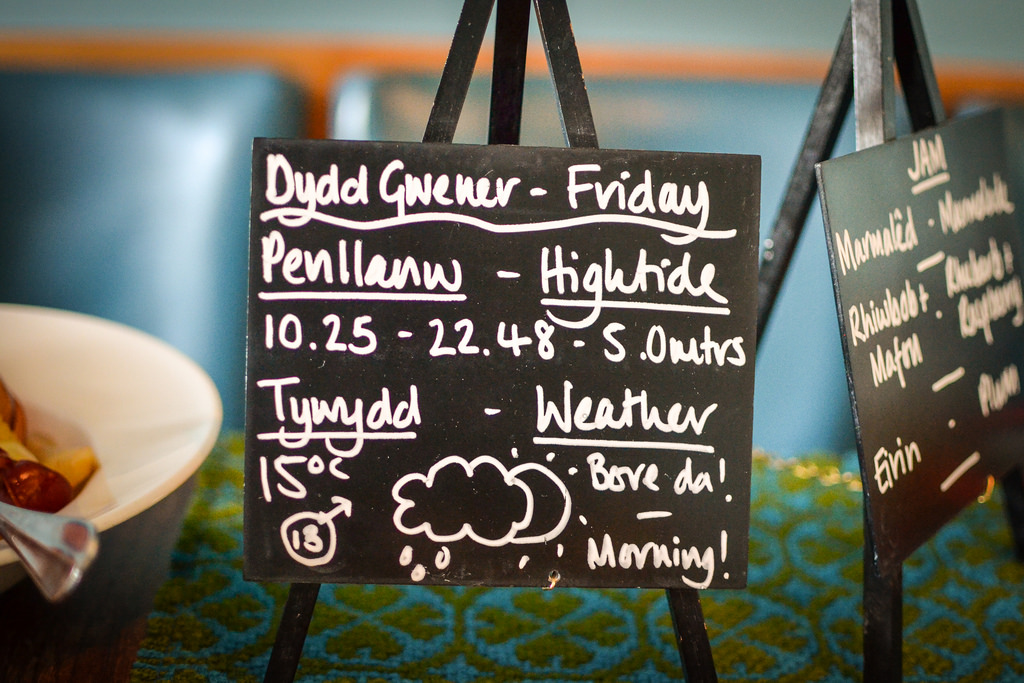 My visit included a very special dinner spotlighting PDO and PGI foods from the region. Here are the definitions.  I think it’s important to know what they mean as the producers have worked very hard to earn them.

We started with Deep Fried Welsh Cockles and Traditional Welsh Perry.  I’ve never eaten cockles before so these were a real treat.  Almost like Calamari in texture but sweeter and softer. 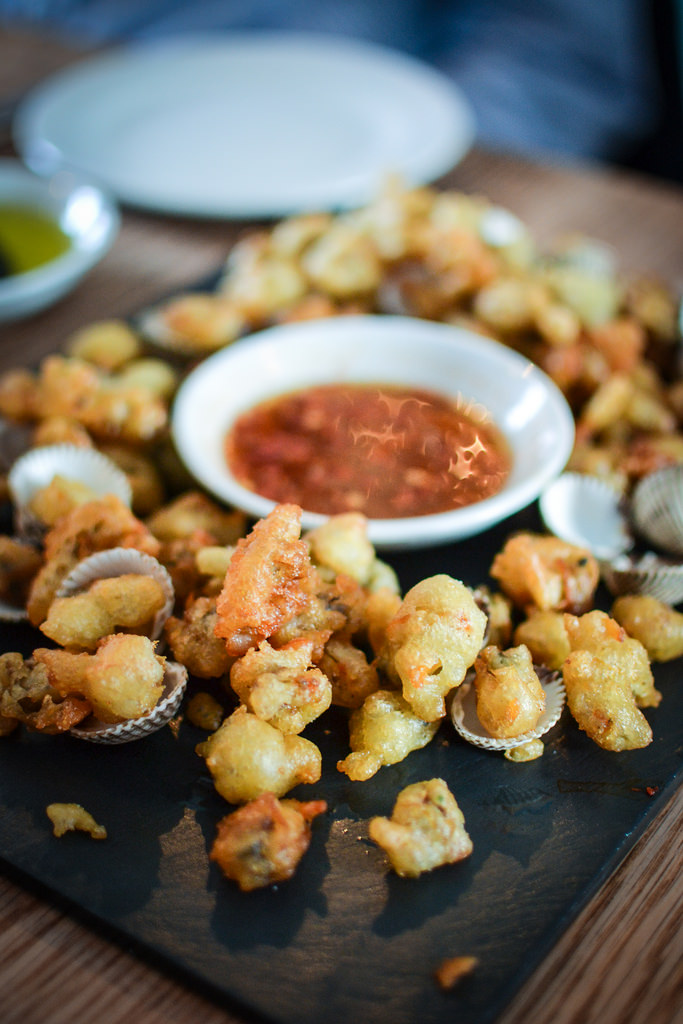 The next course was Smoked West Wales Coracle Caught Sewin with Llaethliw Rosé 2014 (PDO).  I’d never eaten that either and had no idea it is the UK’s best sea trout. It’s found in the coastal waters of Wales and is in season from Spring through Summer.  The fish is silvery grey with black or red spots but the flesh is almost red because of a diet of shrimps and other crustaceans.  It was silky soft and so cleverly designed as a dish with cucumber puree and crispy skin. Almost Nordic. 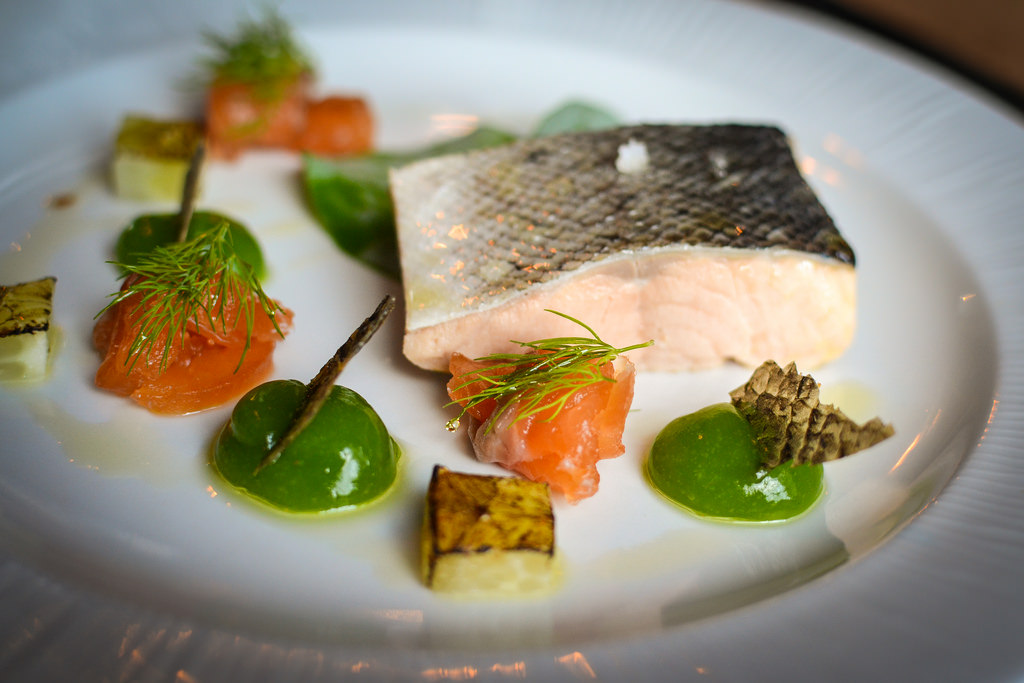 My fellow diners had PGI Welsh Beef next whereas I had lobster with Pembrokeshire Early Potatoes also PGI.  The lobster was caught locally.  I had no idea there were lobsters off the Welsh coast! Our vegetables were all organic and from from Blaencamel Farm. 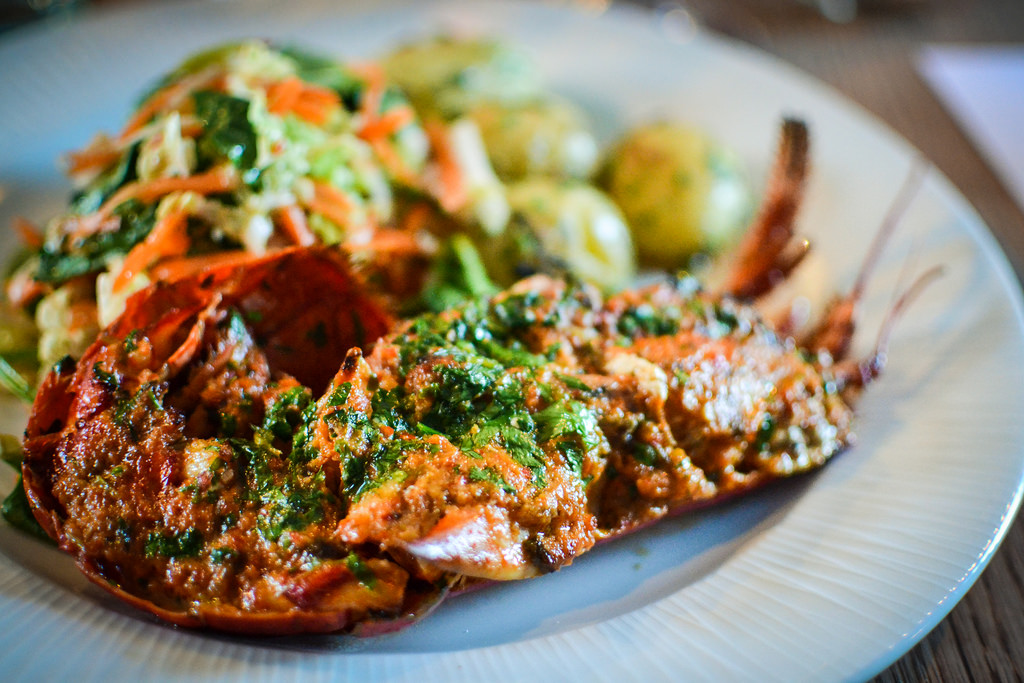 This was followed by a selection of Caws Cenarth cheeses including traditional Welsh Caerphilly.  I love Caerphilly.  I could have eaten the whole slab. 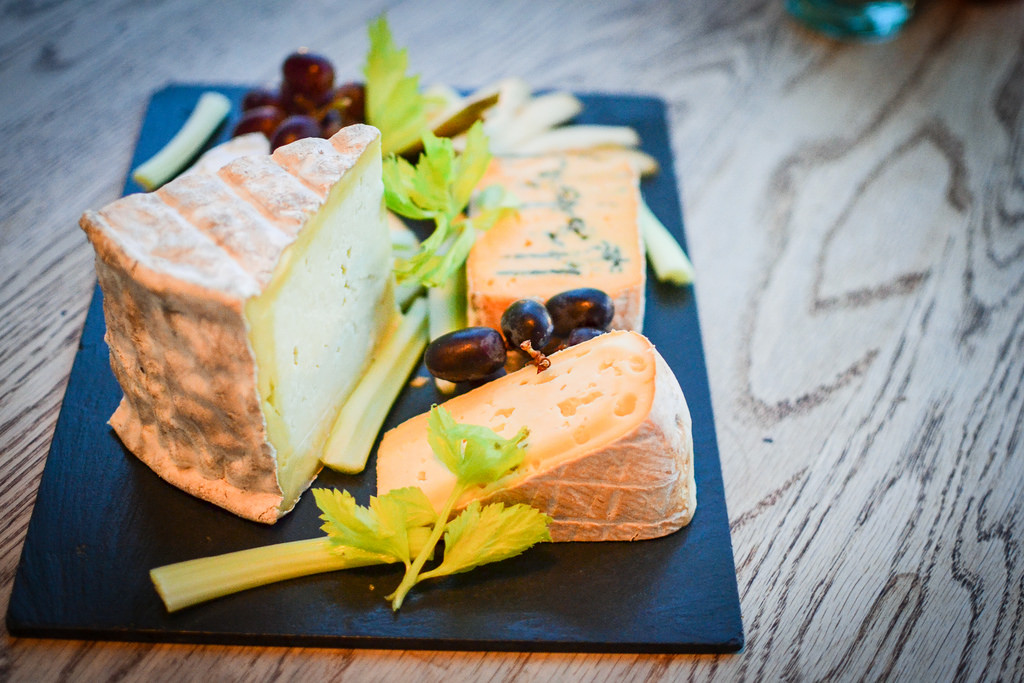 And finally a pudding we all just wanted to take to bed and curl up with.  The Halen Môn Salted Caramel Chocolate Tart.  There is no salt like Halen Mon. It’s also attained PDO status. More about them in a future post but for now just imagine big, fat, flakes of Anglesey sea salt stirred into caramel and then also dotted over the chocolate ganache filling.  Just enough. Just enough to leave you wanting more but knowing that more would be too much. It was getting dark and so you will have to salivate to the picture in your imagination as I only have a shot of the salt mills! 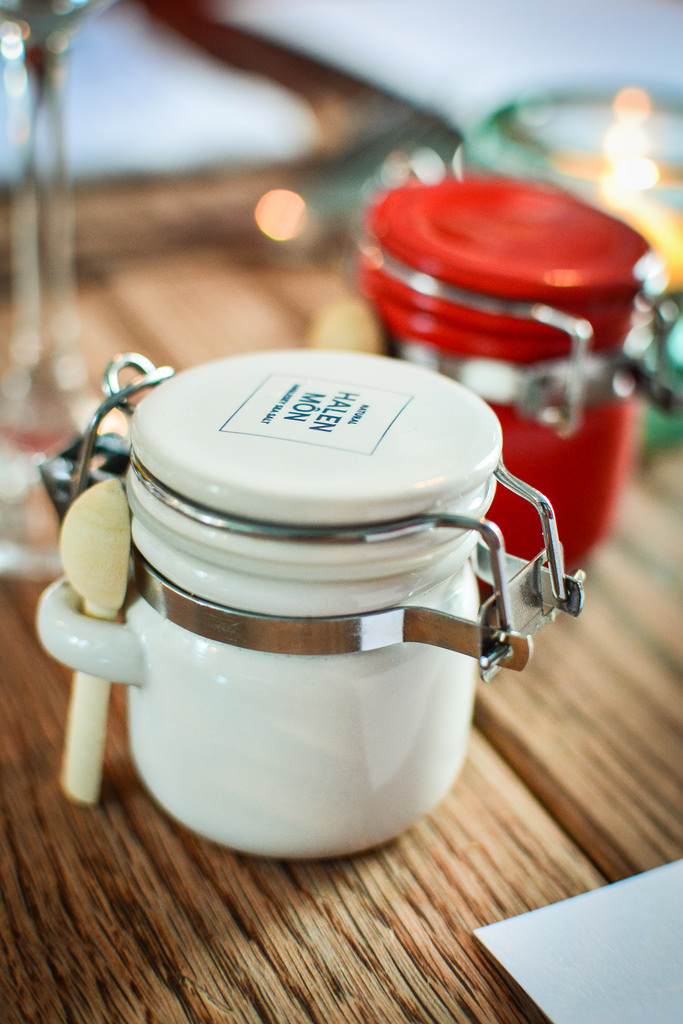 The hotel offers tasting menus like this regularly so as a foodie long weekend break, this really is perfect.

Thank you to Glyn and Menna Heulyn at the hotel for their hospitality never ending smiles.  Thanks also to the Food and Drink Wales Industry Board for hosting me on this special trip to meet and dine with Welsh producers. I wasn’t obliged to write about any of my experiences but seeing as Wales really is right on our doorstep here in the UK, it would have been a shame not to share how magnificent that part of the world is with you.