Once upon a time I lived in Aix-en-Provence. I was living in halls of residence. It was my third year at university. I was away from my parents and there was much hair to be letting down so I went to every party there was. Don’t get me wrong. I was still a complete and utter swot in lecture and always handed my homework in on time. But I did enjoy the freedom of parties and there were none better than Bastille Day parties.

Today, Bastille Day, marks the storming of the Bastille Prison in 1789. Essentially this was the start of the French Revolution and the creation of modern France. We students celebrated our own sense of independence with wine, beer, cheese, dancing and impromptu fireworks displays. Looking back on it that last one could have ended very badly. Thankfully it didn’t and I’m still here!

Anyway, I love being in France for Bastille Day celebrations but as I’ve gotten older with family ties, it’s not always possible to pop over the Channel.

So I was rather delighted last weekend when I received an invite by the team at Borough Market to take part in a special celebration. Borough Market is on London’s Bankside and there’s usually a party atmosphere on most weekends. On Sunday there was French music, dancing and decorations. Red, white and blue everywhere! It was marvelous and took me right back to 1980 something or other. 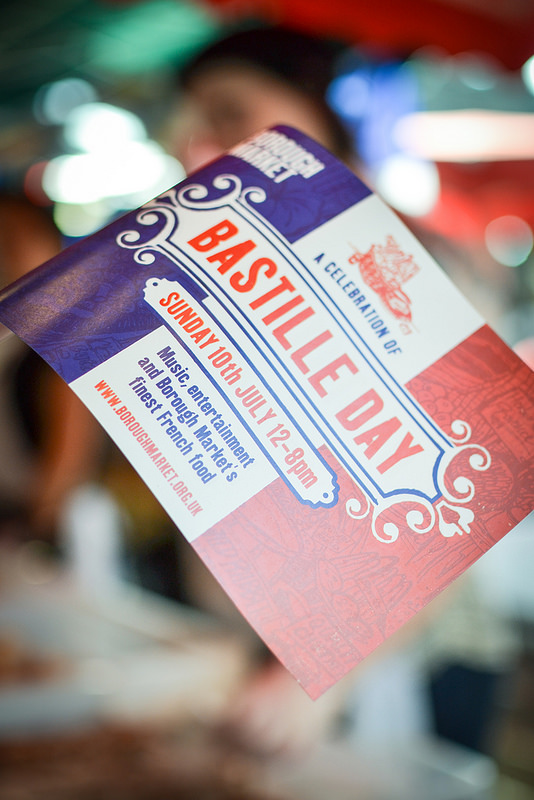 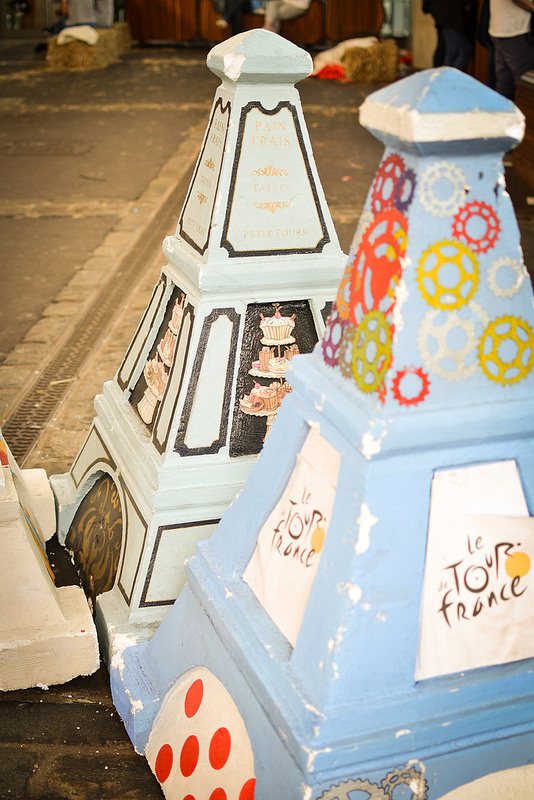 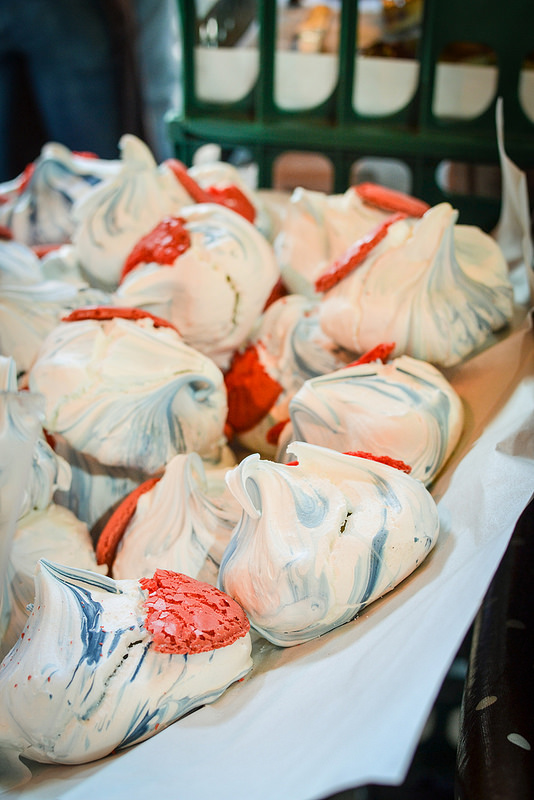 I wandered round the market sampling patisserie and cheese, wine and bread and then popped up to the new Cookhouse just above the gift shop for a private demo with chef Katherine Frelon. 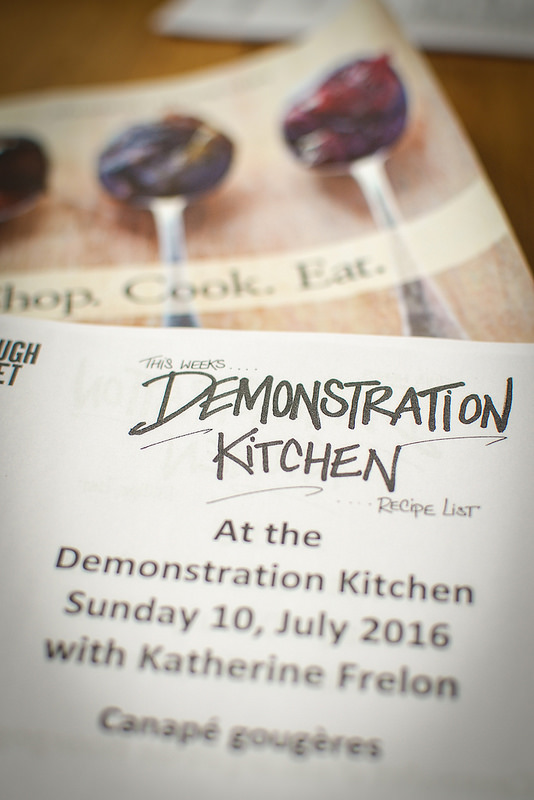 Katherine left Britain in her 20s and has since worked in French bistros and hotels to gourmet barges across French waterways. She is now a private chef and has a catering business and a cookery school in Burgundy. I love her eclectic take on French food. She’s very much made it her own by adding little touches here and there from Britain or her travels. She talks about food and I want to eat it. I haven’t met anybody as enthusiastic about food like that for a long time.

Anyway I must tell you now that I didn’t know the menu planned for the day. If I had I may not have accepted the invitation. French Onion Soup and Croque Monsieur. Possibly the two things from the whole repertoire of French cuisine that I turn my nose up at.

Let’s start with French Onion Soup. The first time I had this was after a party. I remember it was summer and being very confused why all the French students were back at halls making soup! Anyway I was drunk and hungry so I had some and the next day when someone told me it had been made with beef stock I think I was sick for a week. Never tasted it again.

And Croque Monsieur. Well this was the only bloody vegetarian thing on the menu aside from ‘Salade Haricots Vertes’ at the Cafe Deux Garcons where I worked. Every Saturday I’d have this cold and crusty croque with smelly, slimey cheese falling off it. I’d then gorge on chocolate profiteroles begged from the chef to take the taste away.

But I admit that I’m a little convert now thanks to Katherine.  She kindly made the soup using vegetable stock but it was hard to take that first mouthful. The soup is brown. Very brown and if I hadn’t seen her make it I would have politely declined as you would not have been able to convince me that it didn’t have beef in it. It really was delicious though and I would make it at home. 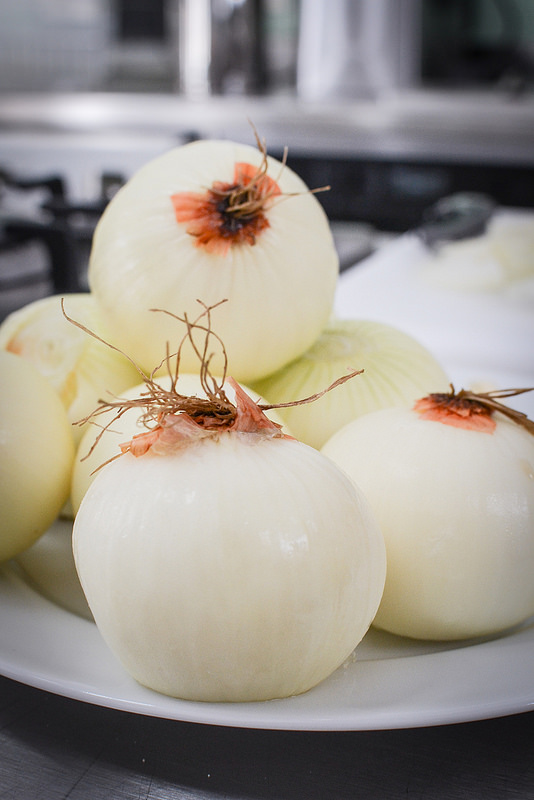 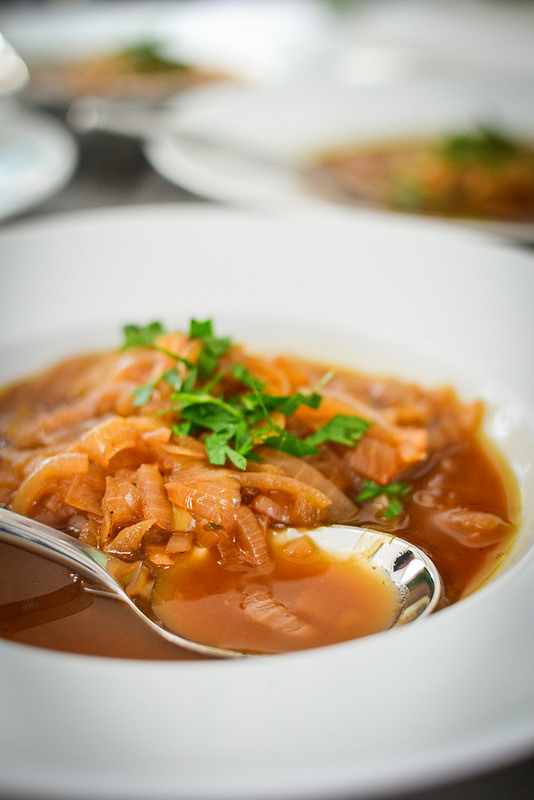 The highlight however was the Croque Monsieur. Oh my! This lady loves her cheese. There were two layers of toasted sourdough. Each with a layer of just made bechamel sauce and a heavy sprinkling of Gruyere. Mine had chillies thrown in too whilst my fellow guests had ham. 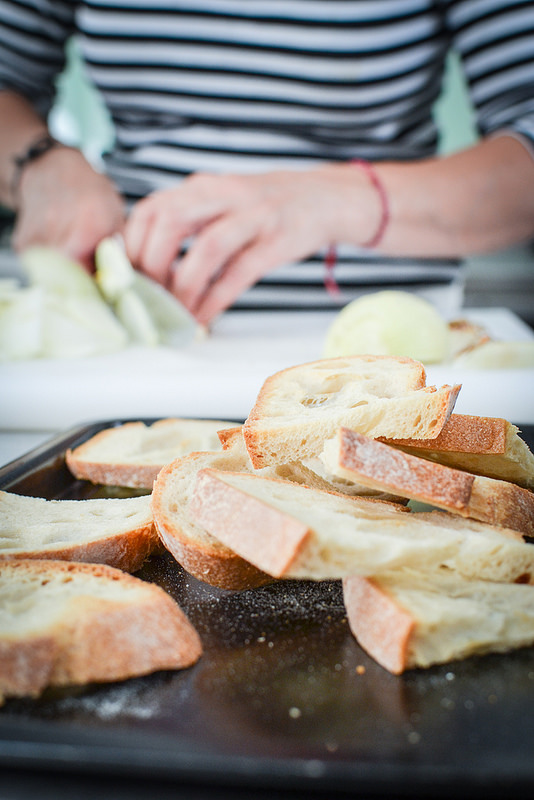 You really need to make this. It’s going to be my Friday night staple with a movie and wine. 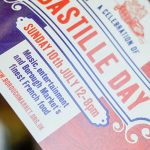 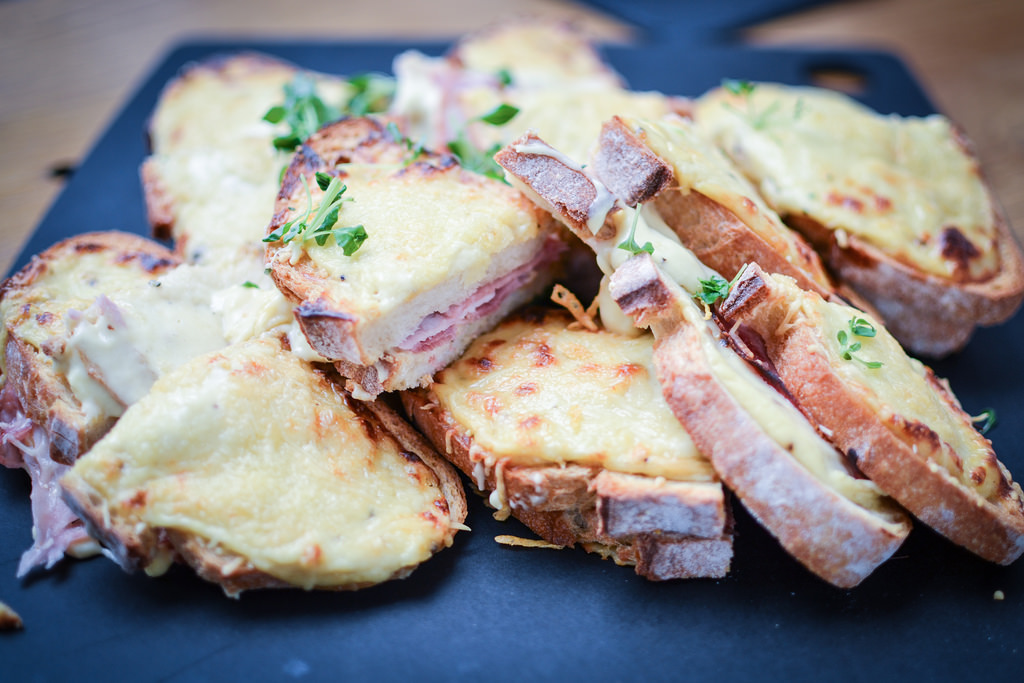 A perfect supper with a glass of red

Makes 8 Preheat the oven to 200C. When it's ready lay the slices of bread out onto a baking tray and toast until lightly browned. Make the Bechamel sauce. Melt the butter in a saucepan and then add the flour stirring all the time using a balloon whisk. Slowly pour in the hot milk whisking constantly over a medium flame until the sauce thickens. Turn off the heat and then add the salt, pepper, nutmeg, mustard, 50g of the grated Gruyere and all the Parmesan.  Mix well. Take a slice of lightly toasted bread, spoon of the sauce and then sprinkle over a layer of grated Gruyere then the chopped parsley. Top with another piece of bread, a layer of sauce, a layer of grated Gruyere and a sprinkle of red chilli flakes. Repeat til all the bread is used up and then bake the sandwiches for 5 minutes until the cheese starts to colour and bubble. We had these on their own with a glass of lovely wine. A crispy, green salad would have been the perfect companion.

For more inspiration about Bastille Day, Bankside and Borough Market