This recipe is taken from The Gentle Art of Cookery.  It does have raisins, currants and maraschino which I left out because I’m not a fan of them at all. This stores really well in the freezer.  I only made half of the recipe in the book so the measures below will give you 4 ramekin sized portions. 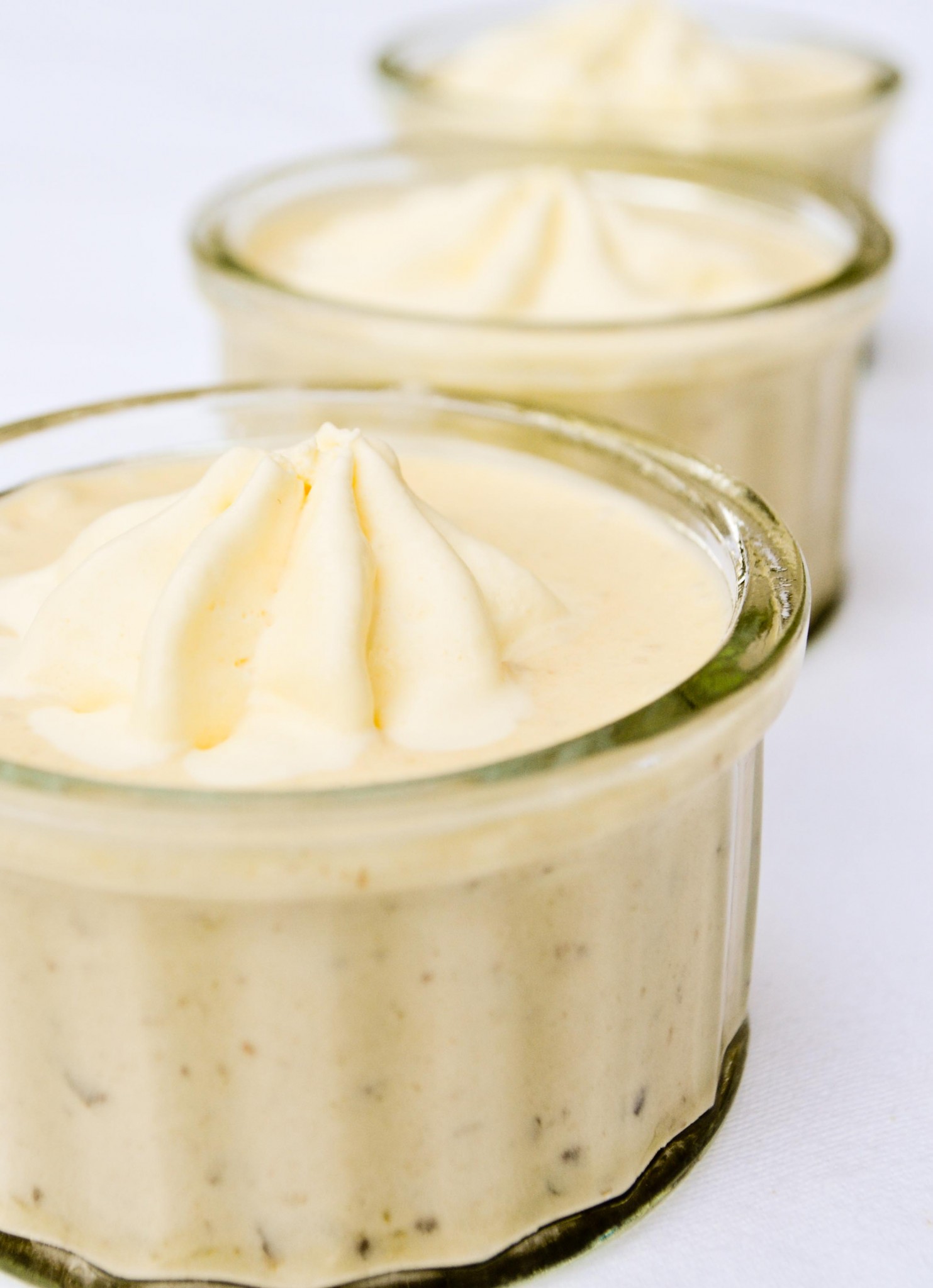 In the book, the recipe tells you to put the chestnut puree into the freezer so I think at step 7 above you could whizz this in an ice cream maker for a frozen dessert too.