These are wonderful little canapés.  I demonstrated them at The London Chocolate Festival recently and they were a big hit! I’ve filled them with raspberries in the recipe below but you could use any soft berry or fruit.

They are topped with an easy chocolate ganache.  If you’re put off by ganache, give this version a go. It’s much easier than those that use cream and produces a really lovely thick and glossy topping for these little cups.  The measures below make approximately 12 cups and you’ll need petit four/mini muffin cases – don’t waste money on the foil version as the paper ones work just as well and you’ll throw the paper away. 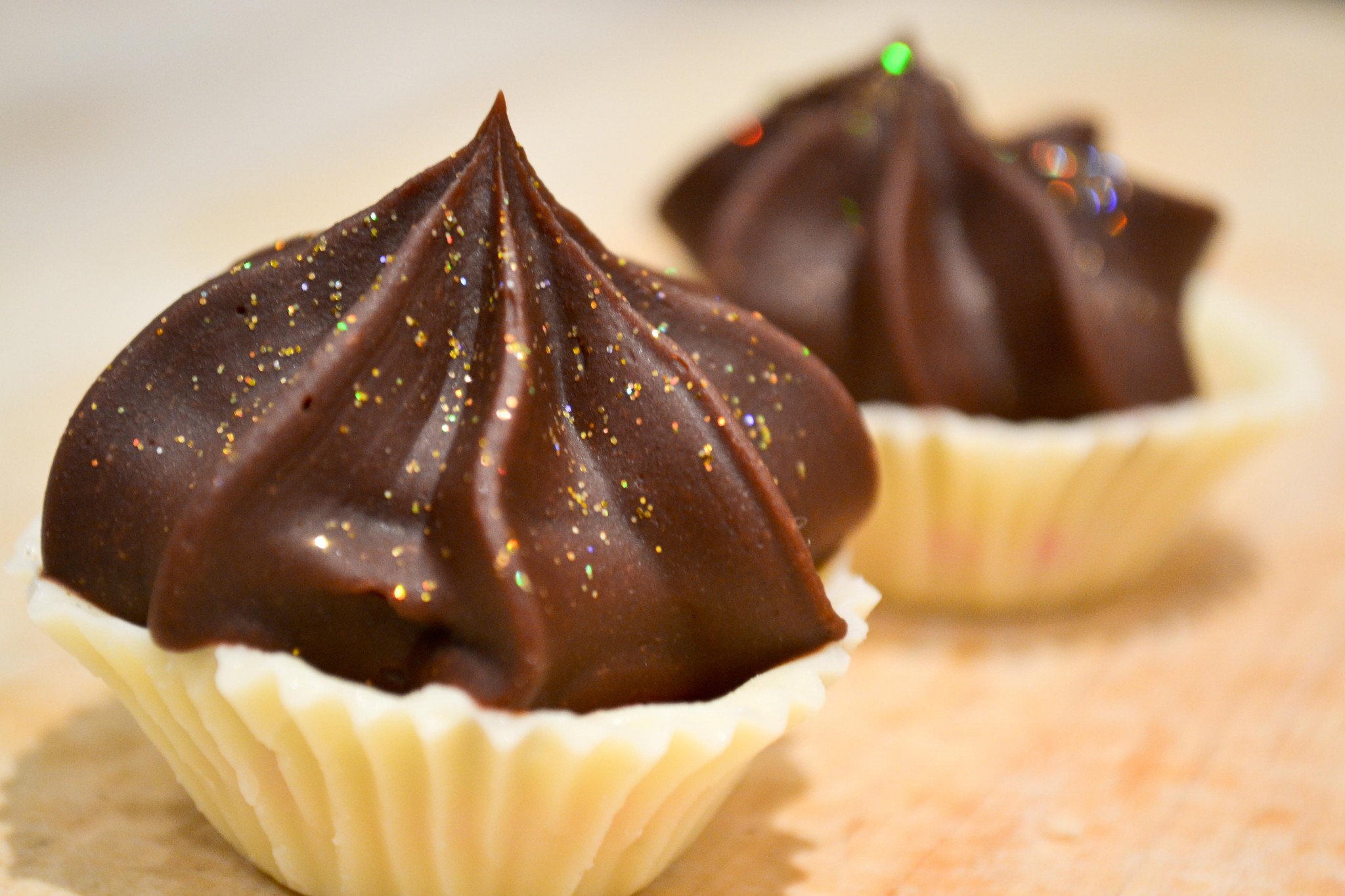 If you are only making these for adults, you can put a tbsp of dark rum or Baileys into the ganache for a boozy version.  Enjoy and let me know how you get on and what variations you come up with.