A Taste of Gujerat….

Last Summer we went to India on holiday. We were lucky enough to have three weeks – one in Kerala, one in Rajasthan and finally in Gujerat where my father comes from.  It’s a huge state on the western coast and despite the fact that it has a huge coastline, the food is mainly vegetarian due to the influence of Hindusim.  We stayed with my father’s family and the highlight really was watching my aunt and cousin cook.  They found this incredibly bizarre but I learned a lot of new dishes – particularly my cousin Hetal’s Chai!

I’m delighted that I’ll be able to share some thoughts about Gujerat, Rajkot, my family and of course our recipes at The Vegetarian Cookery School in Bath.  I’ll be teaching a Gujerati Thali course on course on 23 September.  You can book online.  It really is a wonderful place to learn.  Read my Thai Cooking Day post for a flavour of what my course will be like.

…and a taste of everywhere else!

I’d also like to share some pictures of London’s first Taste of India festival which is on today and tomorrow on London’s Southbank.  There are some fabulous stalls offering food from all over India.  I ate so much last weekend but am ready to go back for more! 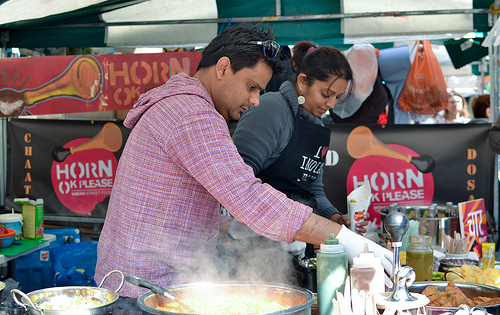 Busy prepping for the queues 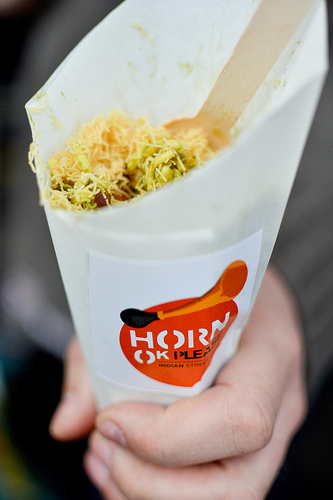 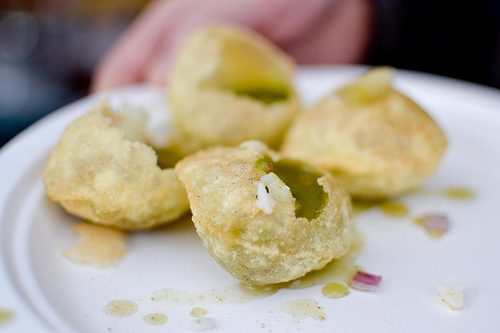 And then we played a bit of Carom at Carom Cafe. Imagine snooker but with these wooden discs. 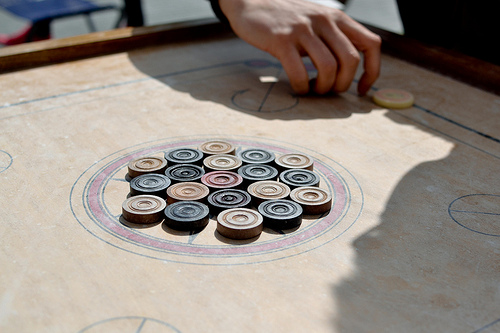 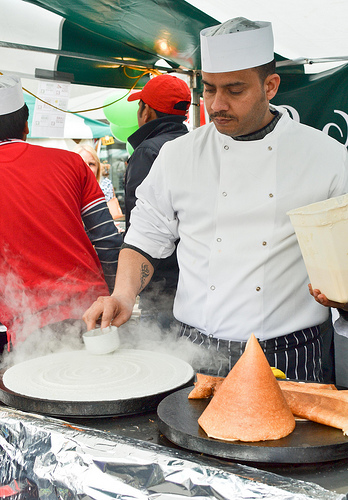 My Tilapia Dosa from Bangalore Express in the making 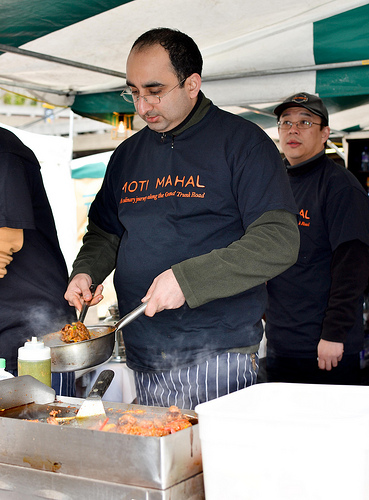 This guys has his own spoon drumming technique worth a watch 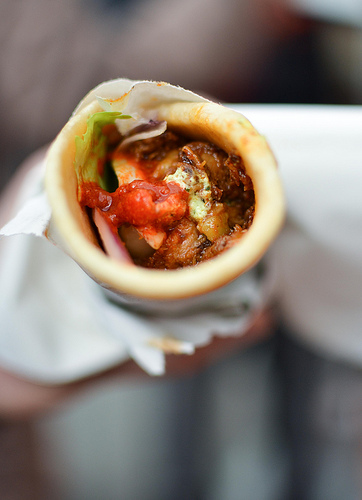 After that it was time for my demo all about using Cardamom for Shrikhand Tarts and Barfi Truffles. 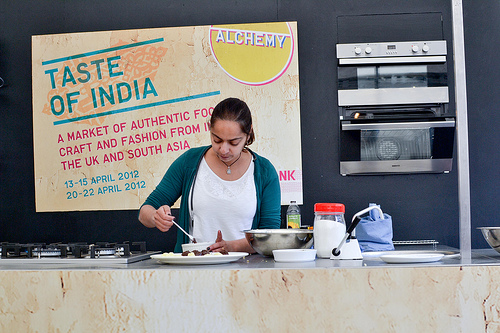 And on to more food but by this time I had lost track of the order in a food daze! 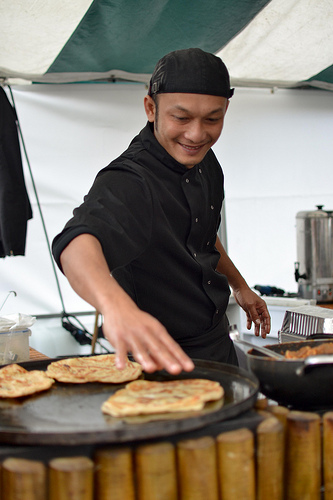 Malaysian Roti in the making 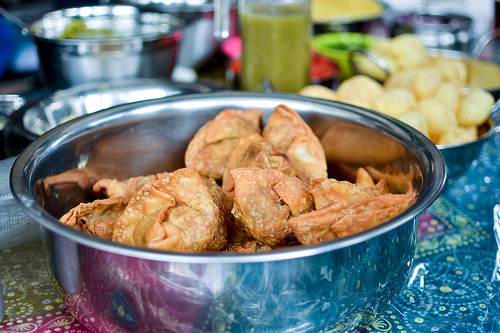 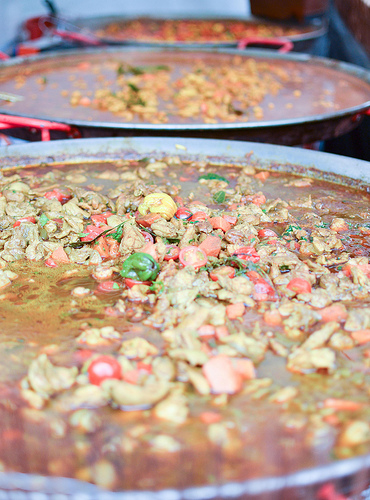 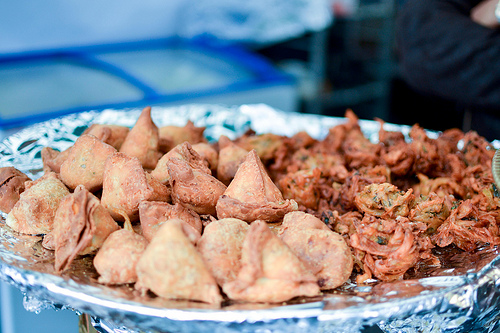 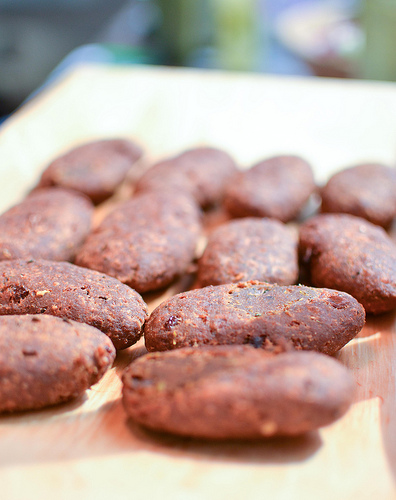 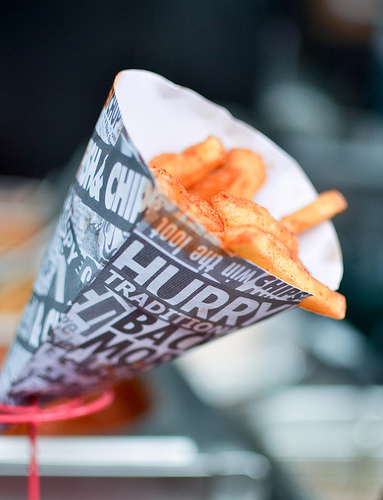 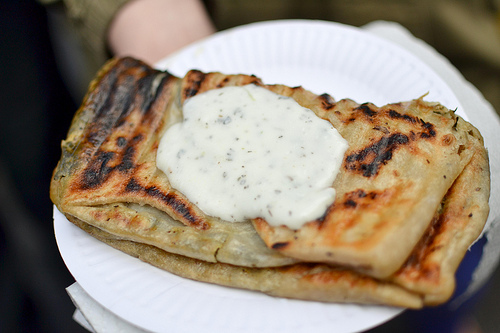 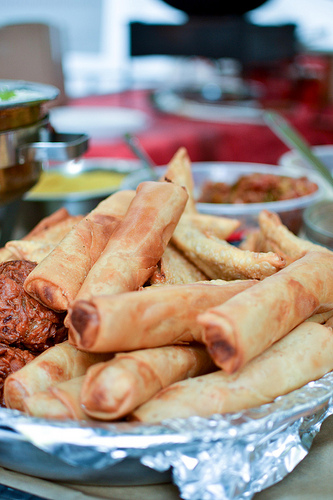 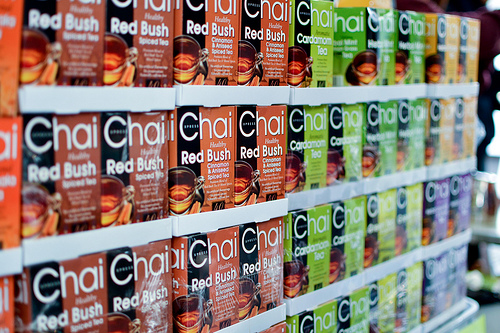 and finally some Chai!

It was such a brilliant day chatting to all the traders and inhaling the amazing smells!  More photos on my Flickr page.

The festival is open til 8pm today and from 11 til 6pm tomorrow.  If you’re still not convinced watch this!