I was recently invited to supper at Pho by their PR people.  I was in two minds whether to go because I’d been many, many times already.  In the end I couldn’t resist because quite honestly the food is pretty awesome.  I was also rather intrigued with the origins and story of the place.

Pho is the brainchild of Stephen and Juliette Wall, a husband and wife team who opened the first restaurant in June 2005 after travelling in Vietnam, where they were inspired by the Vietnamese culture and the cuisine. They both had office jobs in London and decided to take the plunge seven years ago to quit, put everything they had on the line and open London’s first specialist Vietnamese street food restaurant.  I’m in awe of this as my husband and I have had so many conversations about doing the same but have never been brave enough.

Pho [fuh] is Vietnam’s national dish.  It’s a noodle soup dish eaten every day by the Vietnamese for breakfast, lunch or dinner – or sometimes for all.  Leila told me that in Vietnam there are street stalls specialising in different varieties.

‘Pho is really nutritious’ I was told.  The stocks are made from scratch and take hours to prepare which retains all the goodness from the ingredients and helps to develop the subtle and distinctive taste.  This is why the Pho at Westfield has had negative feedback apparently – there isn’t an option at the facility to slow cook at night so they simply don’t get as much flavour in.

There are lots of other things on the menu aside from the Pho. Here’s what I was treated to: 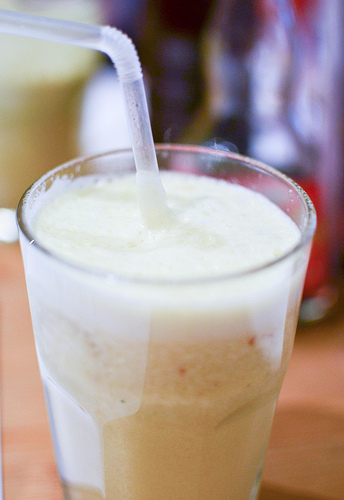 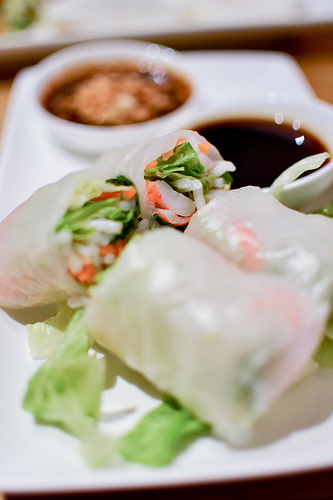 The idea is to wrap these in lettuce, dip and eat. 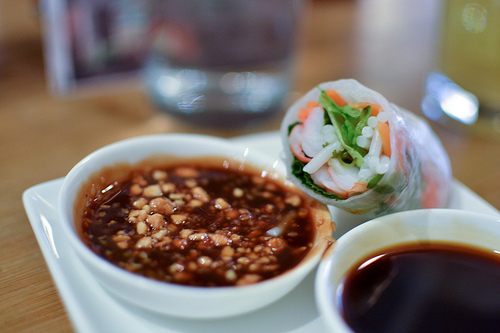 We also had a fried variety – Cha Gio Chay. 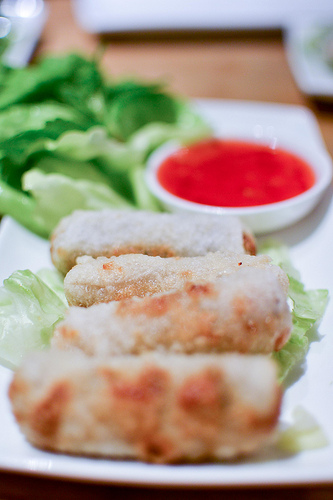 I was intrigued by a dish named Morning Glory – Rau Muong Xao Lai. 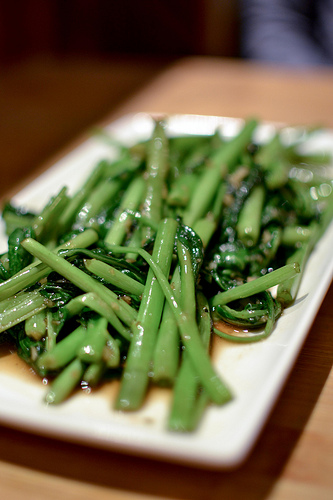 It’s a type of water spinach and this dish was lightly fried in garlic and absolutely delicious! 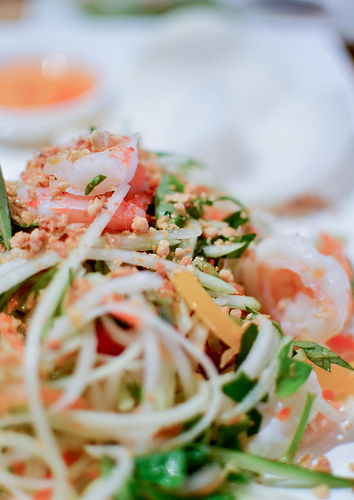 This one was Goi Ngo Sen – salad leaves with lotus stem, green beans and cashew nuts with prawn 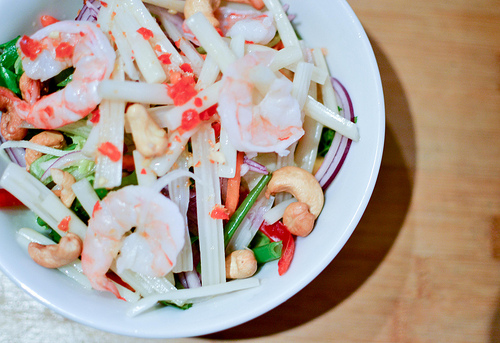 Salad with lotus stems and cashews

Leila had the classic Pho. All of these are served with ingredients you can use to personalise your flavours. 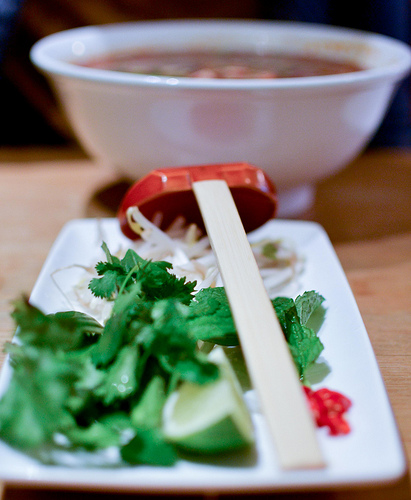 I opted for the Bun Noodles as I’d not had them before. These are cold vermicelli rice noodles served cold with veggie spring roll, peanuts and herbs.  Bun Chay is topped with mushrooms and tofu. 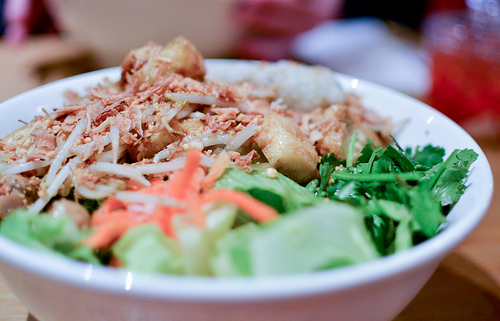 Tofu and lots of vegtarian varieties

Now of course all these dishes come with various dips and sauces. My favourites were the vinegary chilli drizzle… 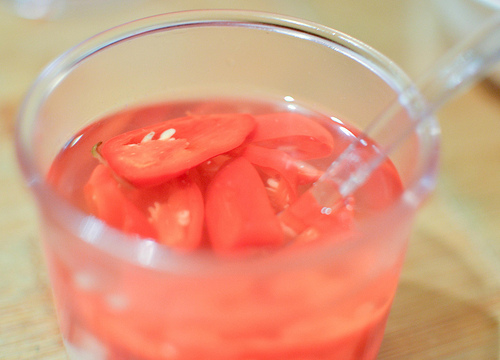 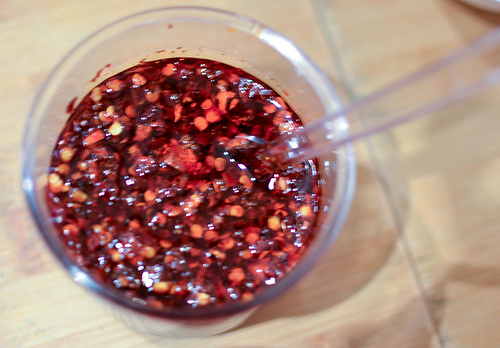 To finish the lovely meal, I decided to try one of the new rice wines. Stephen and Jules discovered these on a recent trip to Vietnam and brought them back to add to the menu. I had a fruit liquor – Chanh Leo which is a passionfruit flavour. It was awesome and I can see how the Vietnamese can get very drunk very quickly! 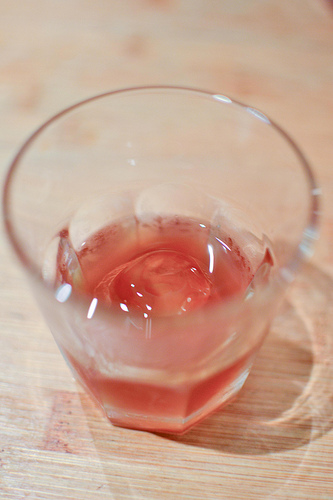 I was really rather delighted with my meal – as I’ve always been when I’ve eaten there before. I was a guest on this occasion but all that was probably around £50 and I had a doggy bag!

I would recommend Pho as a great eaterie for vegetarians and non veggies alike. There is a varied menu. Next time I think I’ll try the Cari (Vietnamese curry) or the Pho Xao – wok friend flat noodles.

It’s also brilliant for children because you can tailor the chilli quotient and there’s lots of hand held food for dipping. My girls both love it here and we do make the summer rolls at home a lot.

Pho has various branches in London and one in Brighton.

Pho is on Twitter and Facebook and also has a loyalty club called Pho-Natics where you can sign up for offers, screensavers, wallpapers and that kind of thing.

Thank you to Pho and their PR company for treating me to this lovely meal.