I discovered rocket late in life – a few years ago when I was having lunch with a friend I noticed she was eating this green stuff that I had always thought was ‘garnish’.  She told me it was Arugula.  As you might have guessed she’s American.  I’ve also heard it called Ruccola in some old recipe books  – it’s funny how you never notice something and then it’s just all over the place.  Well that’s the case with Rocket leaves for me.   I was just never exposed to this leaf growing up in and Indian household but recently I can’t get enough of it!

It is a bit expensive though isn’t it considering it’s essentially just a ‘leaf’.  55g is about £1.50.  So I’m growing it this year again some to save a little cash as it’s a staple in my weekly shop.  I’m not an expert but if you’re keen to have a go, herbs and salad leaves like rocket should be at the top of your list as they give an excellent return on investment and can be used in so many dishes.

Have a read of my post at Great British Chefs.  I used some seeds in a simple old egg box. 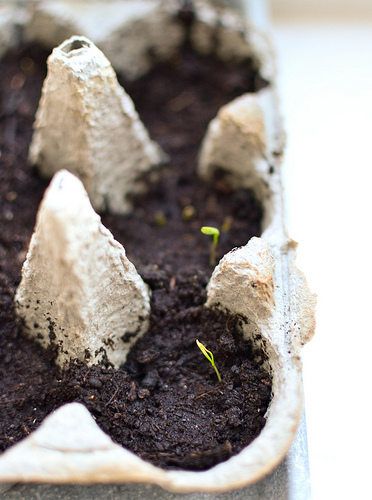 If you want something a bit more sophisticated, Seed Pantry do lovely Window Salads Starter Pack or for something a bit quirky, I rather like this cupcake planter from notonthehighstreet.com (am not sponsored to say that by the way!). 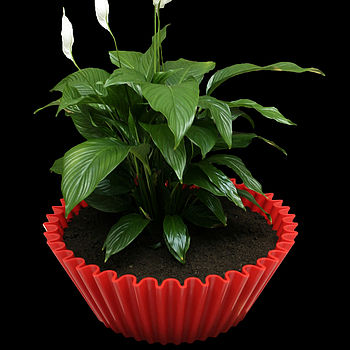 It’s a really old leaf too as there are records as far back as 40-90AD of Dioscorides, the Greek physician and pharmacologist, describing it as ‘a digestive and good for ye belly’.   And from a health perspective, it’s got great doses of Vitamin A, B, K, C.  The B complex vitamins are apparently great for stress relief and improving your memory. I always need a bit of that!

If you haven’t tried it yet, it’s thin spiky leaf has a strong peppery flavour.  You don’t really get the same taste when this is cooked as I’ve used it in soups with not much effect on flavour.   I had it this weekend piled on top of these Salmon Fishcakes from Chris Horridge of GB Chefs and it was just perfect. 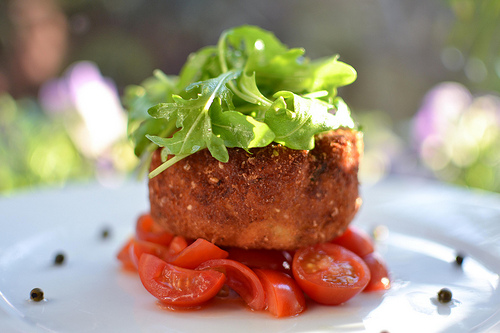 What do you call this amazing leaf? How do you like eating it?