It’s Halloween.  We cannot miss it in England   It’s almost as big as Christmas as a ‘festival’.  My children used to want to go trick or treating as witches but today, they’ve gone out as a Vampire Witch and a Vampire Cat.  If you say the word ‘vampire’ to their generation and anyone born after the Eighties they’ll immediately say ‘Twilight’.  I on the other hand would say ‘Garlic’. 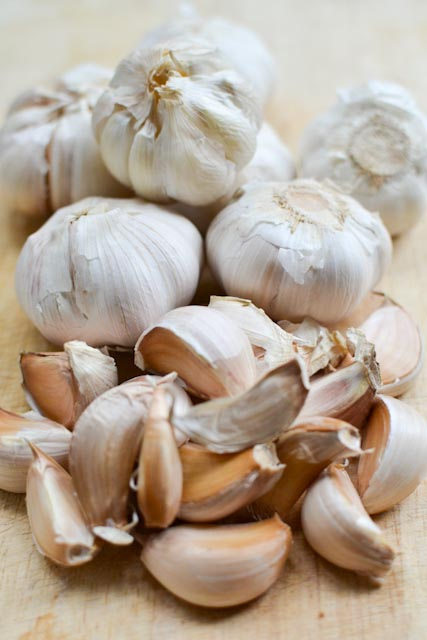 Garlic is a powerful natural healer…

Garlic has been used in many ancient civilisations – Greece, China, India – as part of a healing process.  It was believed garlic could combat fatigue and keep infections at bay.  The ancient Egyptians believed in its ‘magical’ healing powers.  It was a natural antibiotic for them and given to the working, labouring classes to maintain their health and strength.

Garlic is also said to stimulate the blood flow and as such has been known as an aphrodisiac too.  Some Indian faiths simply do not eat garlic because of this and Tibetan monks are advised to avoid entering monasteries after eating garlic lest their blood flows is too stimulated to allow calm and peaceful meditation.

Garlic has links in many tales and folklore.  Cloves of garlic were found in the Tomb of Kind Tutankhamen.  These were unlikely to have been for nourishment in the afterlife but rather to ward off ‘supernatural evils’.  Children’s foreheads would be rubbed with garlic to prevent evil attacks.

European folklore also notes garlic as the optimum substance to ward off the “evil eye” but also the spread of plague and this is where we see the links with vampires.   The source of the plague was generally fleas or mosquitoes.  Garlic repels the fleas and thus maintains immunity from the plague.  It was said that plague victims were sought after by vampires for their seeping blood sores and so folk started eating garlic to repel the plague and vampires.

So there you have it.  Quite logical really.  I’m not sure about vampires but I do know that it works for me against mosquito bites!  It also works in my household to keep colds and viruses at bay.  Any sign of a sniffle and the garlic comes out in force and something I always have in the fridge is this very simple Garlic and Red Chilli Paste.

Eat a spoonful a day tossed through pasta, dolloped into soups or dhal.  Or simply with some melted Camembert and sourdough bread on a scary Halloween night like tonight to keep the vampires at bay. 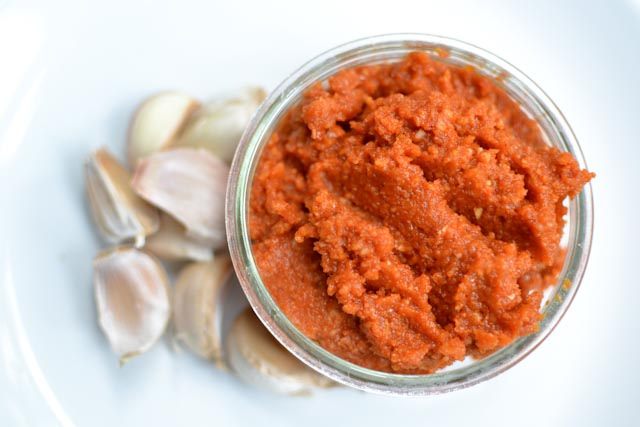 Happy Halloween folks!  What are your garlic superstitions? Does your culture have any folklore or legends about garlic?