Every now and then you come across a recipe which you know you’ll make time and time again.  This is one of those recipes.

I’ve never had twice baked soufflés before.  In fact I’ve not had many soufflés at all before as I always choose something cake based for dessert in restaurants. Also soufflés have a notoriously bad press for being difficult and fiddly to make. These are the complete opposite.  They are very easy and very, very cheesy. 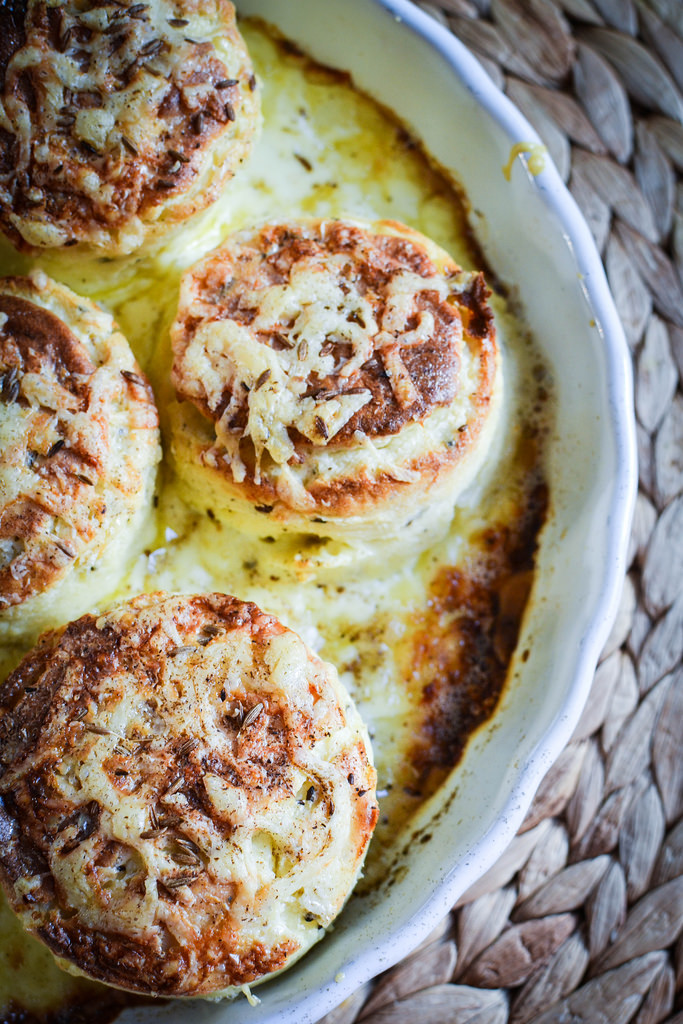 I served this with long strands of cucumber tossed in sesame seeds and Za’atar.  It worked really well to offset the creaminess. 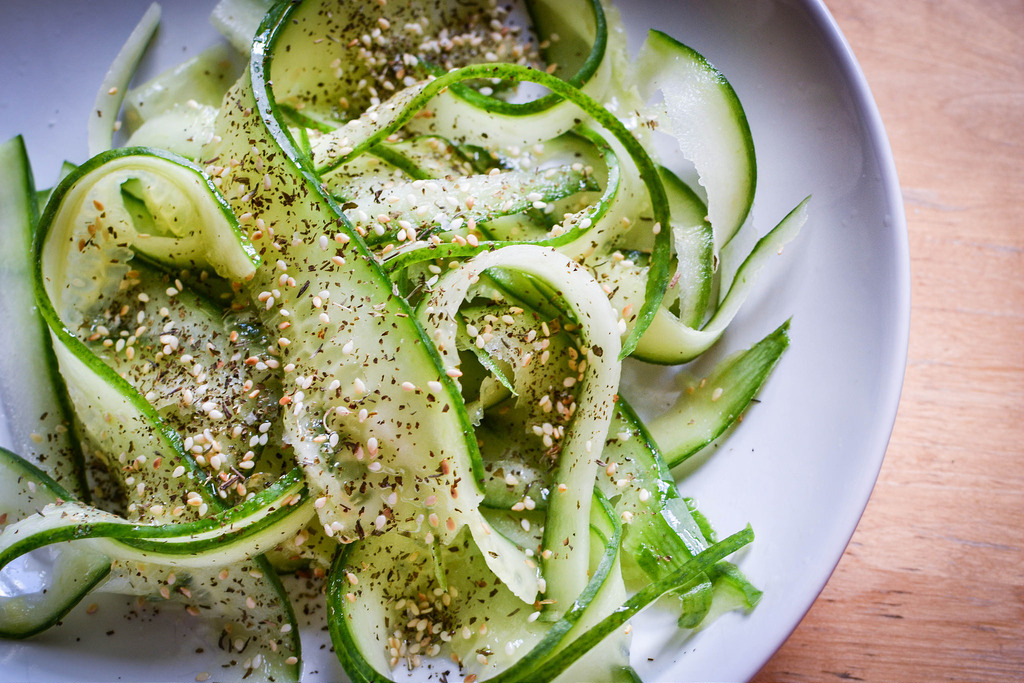 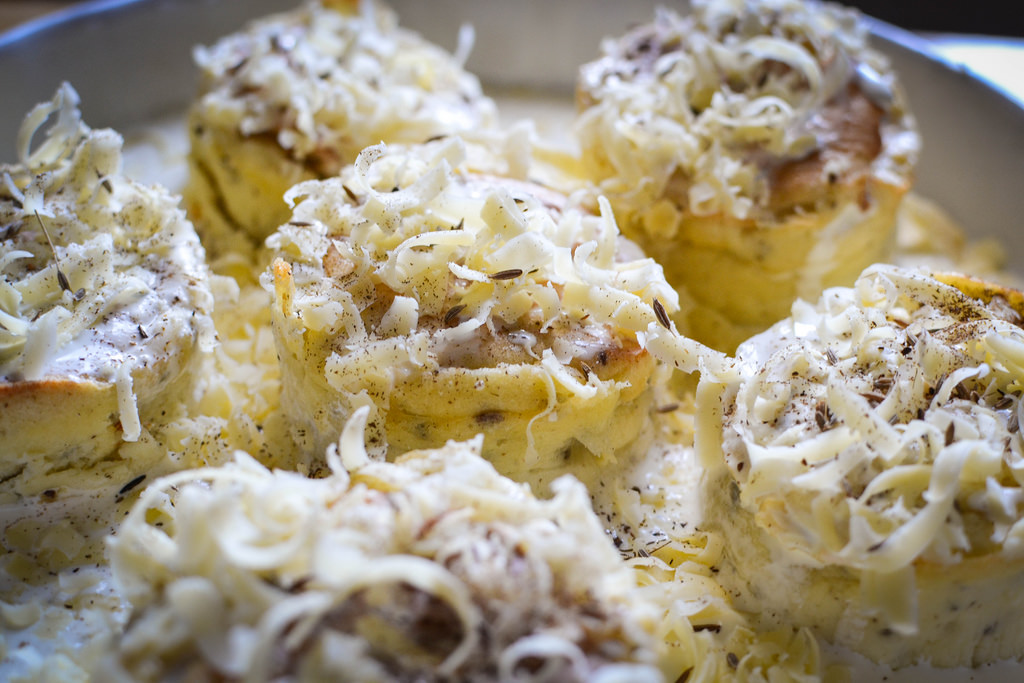 Before going into the oven. The cheese grates beautifully