My youngest daughter seems very excited about Valentine’s Day. She’s been talking about it all week. To her it’s all about ‘famgether’. This is a silly word our family made up one holiday. It means ‘family together’. Silly I know but it creeps into conversations when we haven’t seen each other consistently for a while. The last few weeks have been a good example as work schedules have been busy in the evenings. She’s been very specific that this Saturday, Valentine’s Day, is for famgether. We are going to do everything together and cuddle apparently. I’m excited. I could spend all day cuddling my girls. As they grow older they seem to feel too big for cuddles.

We are also going to eat red food. “Red is for love Mummy” she says. So I’ve been stocking up on tomatoes, strawberries, cherries, pomegranates, watermelon, cranberries, rhubarb, radishes, red grapes, red onions, beetroot, red cabbage, blood oranges and red peppers. I found more than I thought I would and we’ll get plenty of lycopene that’s for sure!

That’s the healthy list. There will be some sweet treats from those for sure but I also fancied something a bit fake – After all Valentine’s Day has a very real fakeness about it too doesn’t it? Culturally and commercially imposed romance which is thankfully invisible to my eleven year old. Chocolate brownies however are her absolute favourite so a little fake red cheesecake topping is not going to go against the red food code and might get me a few more cuddles 🙂 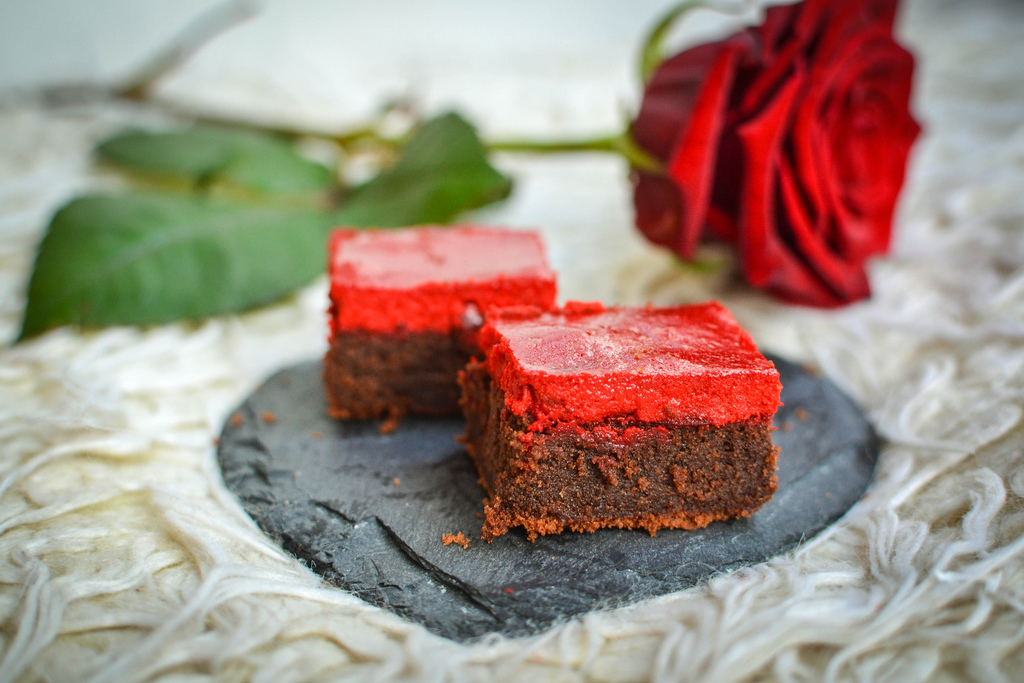 Decadent and decidedly fake looking – but fun and delicious nonetheless 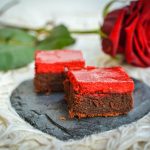 Chocolate Brownies With A Cheesecake Topping

You’ll need To make them

What are your thoughts on Valentine’s Day?

Previous Post: « On My Travels : Getting Hyggelish In and Around Copenhagen
Next Post: The Easiest Seeded Pancakes Ever »