There is no doubt that foraged food is on trend again in the UK.  I’m seeing wild garlic ideas all over social media and the young nettle crop is proving popular too.  But how readily available is it, how easy is it to find if you’re not an expert and is it really worth it?

I attended a day of foraging led by Monica Wilde of Napier’s in South East London.  A most unlikely site for foraging you may ask but with Abbey Wood just on the doorstep Monica was certain we would find some good edibles.

The first and most ubiquitous plant we came across was indeed the nettle. Not only is this fantastic for pesto but Monica explained how it does wonders for hayfever if eaten early in the season.  She also shared some toasted nettle seeds which smelled just like coffee and had a nutty, earthy flavour.  To make them she drys the nettles once they have flowered and then shakes the seeds off onto some paper.  She then uses them for salad toppings or sprinkling onto porridge. 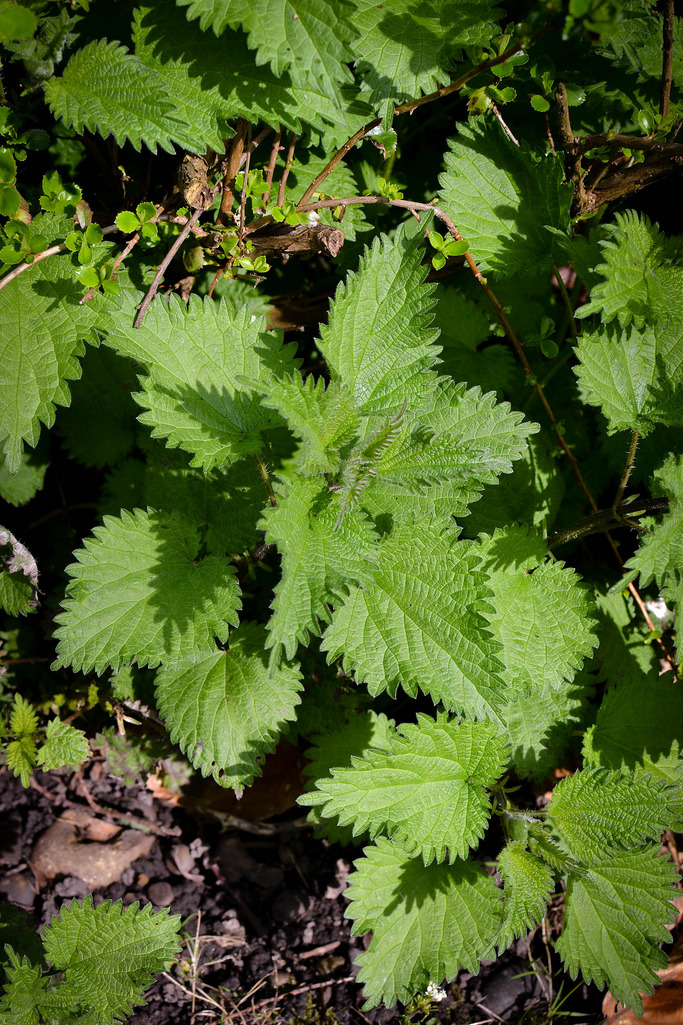 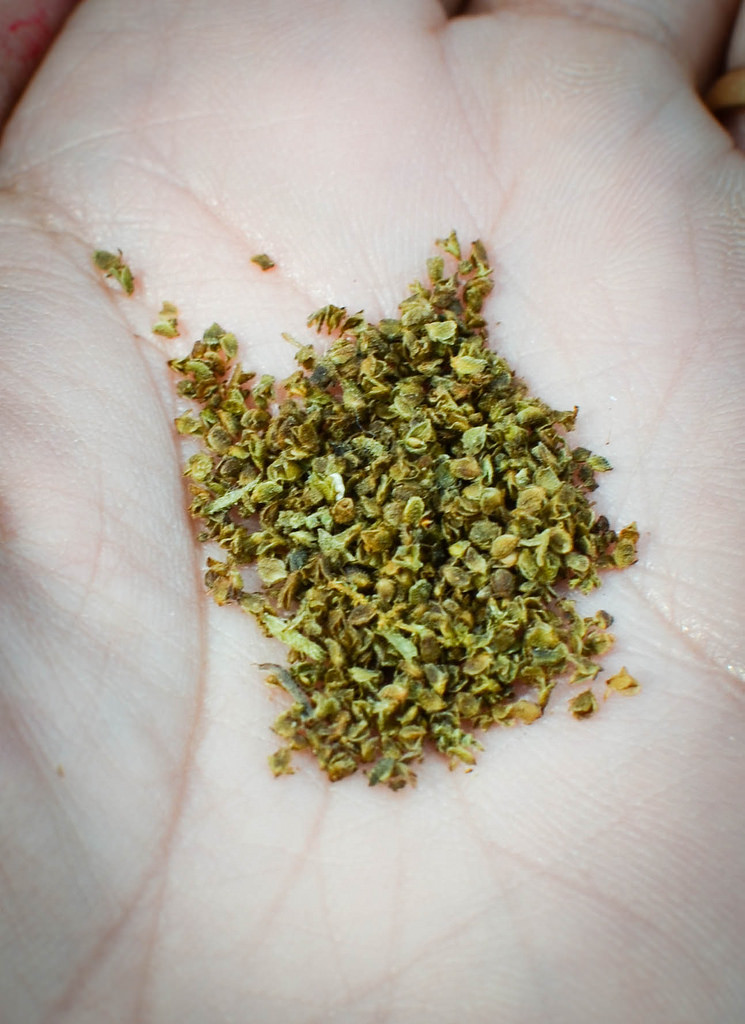 We moved on to bittercress which comes from the same family as nasturtiums and watercress.  It didn’t taste as peppery but like the chickweed and lesser calandine that was growing next to it, would be great for bulking up salads for free. 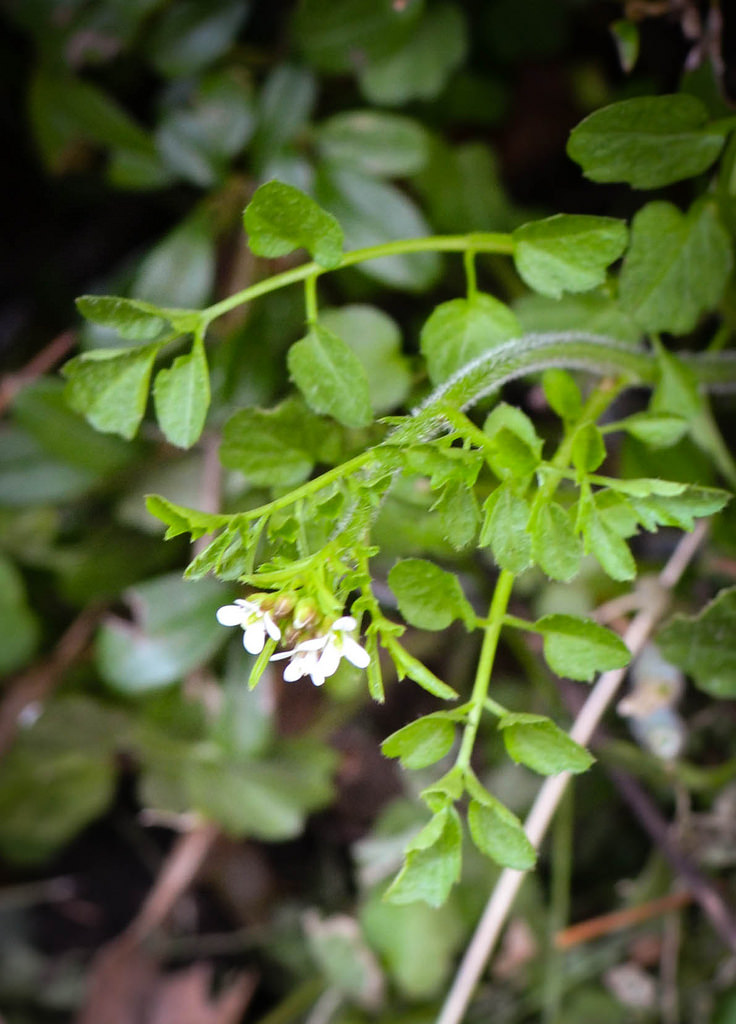 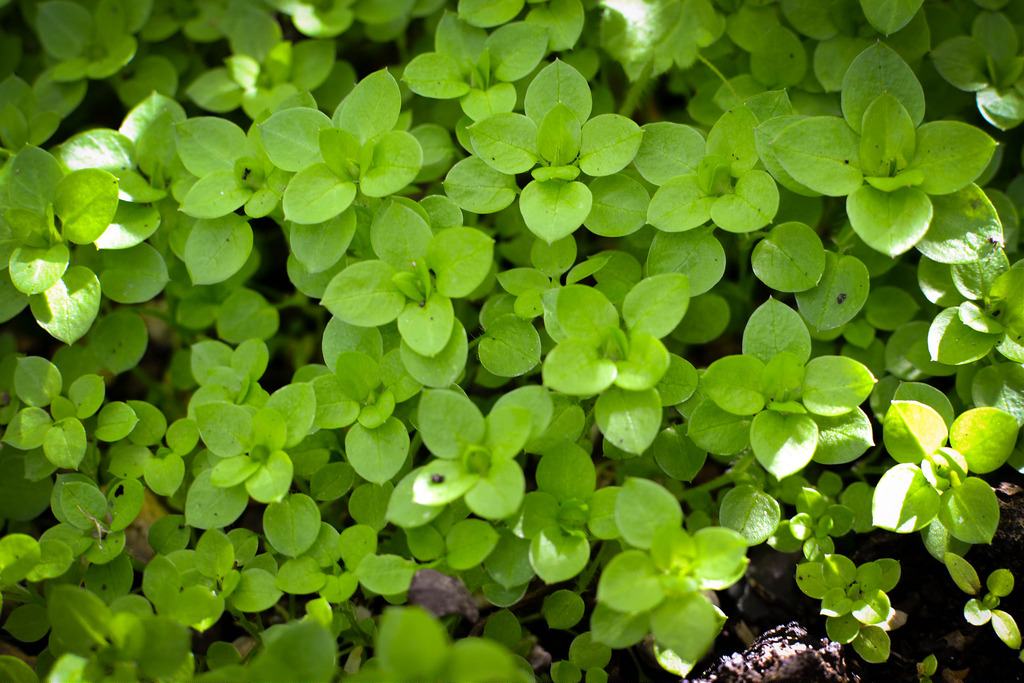 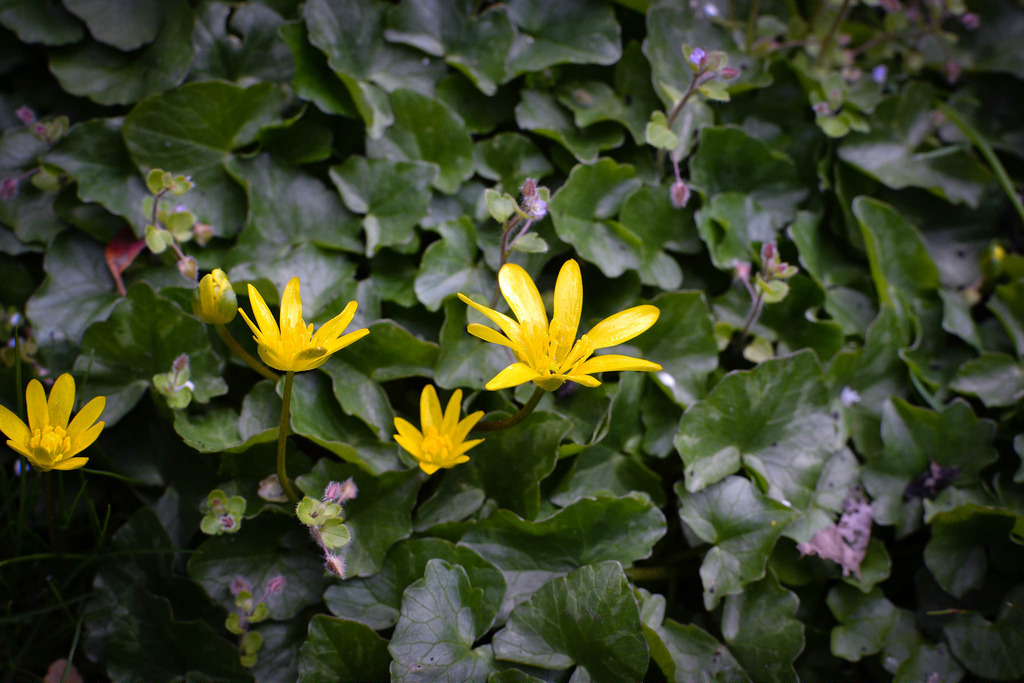 Like all of the above we found dandelion leaves everywhere.  They are bitter but don’t be put off by that.  Bitterness helps to dispel toxins and is almost nearly gone from our daily diets.  The leaves can be eaten raw, and Monica suggested the young more tender leaves for this, or they can be blanched like spinach and added to soups, stir fries and tarts.  Dandelion petals are also edible and can be made into a cordial or infused into honey or vinegar.

The next one was my favourite.  Goosegrass.  The funny sticky plant that we all have used to pat onto someone’s back when they aren’t looking.  This does wonders for the lymphatic system and alleviates blockages.  Monica suggested blitzing it into smoothies. 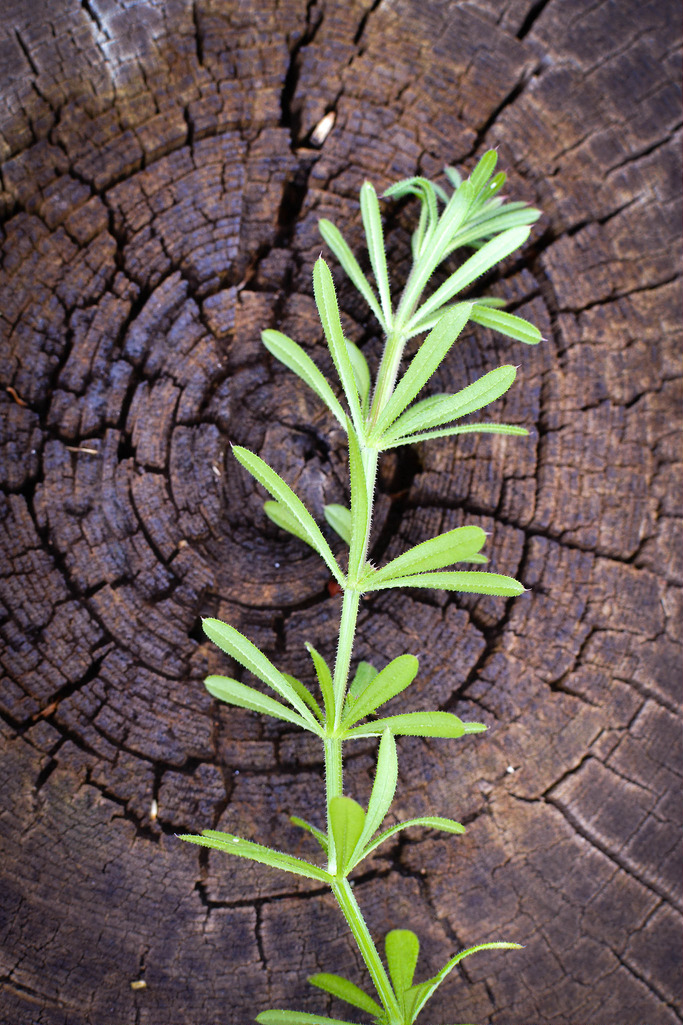 Deeper into the woods we found hedge garlic.  This has a much more subtle taste than wild garlic but as there was so much of it everywhere, it would be perfect for pesto or soup. 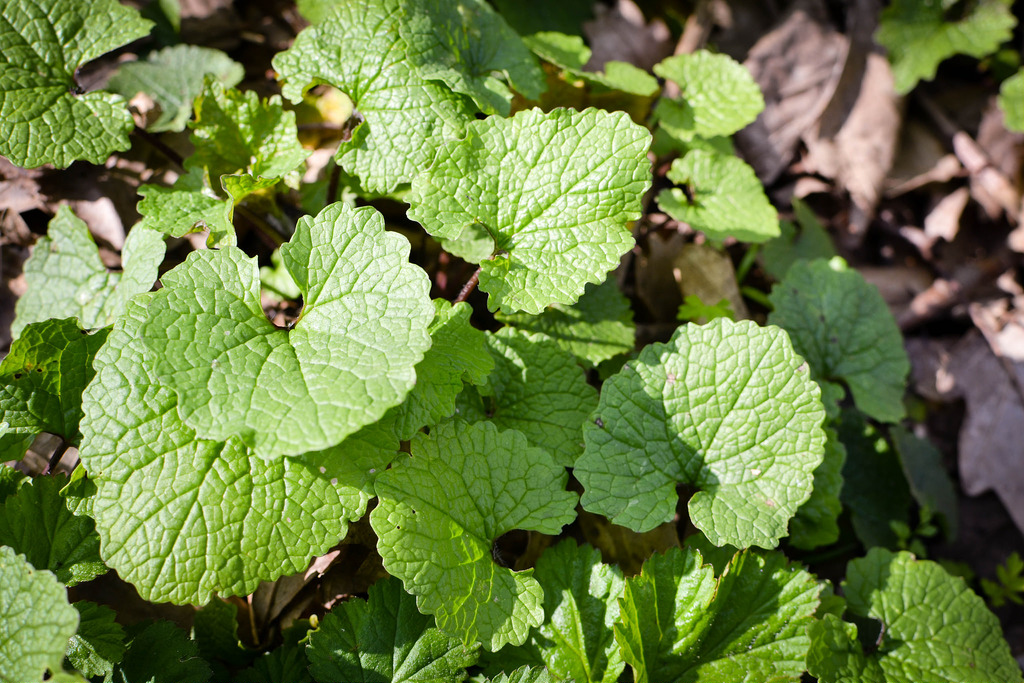 We then were lucky enough to find Monica’s favourite – giant hogwood.  This is  one to be careful with because the sap of the plant can burn your skin when it reacts with sunlight.  Monica suggested picking it when then leaves are closed but if in doubt, head for the shoots only.  These are apparently delicious crisped up in butter. 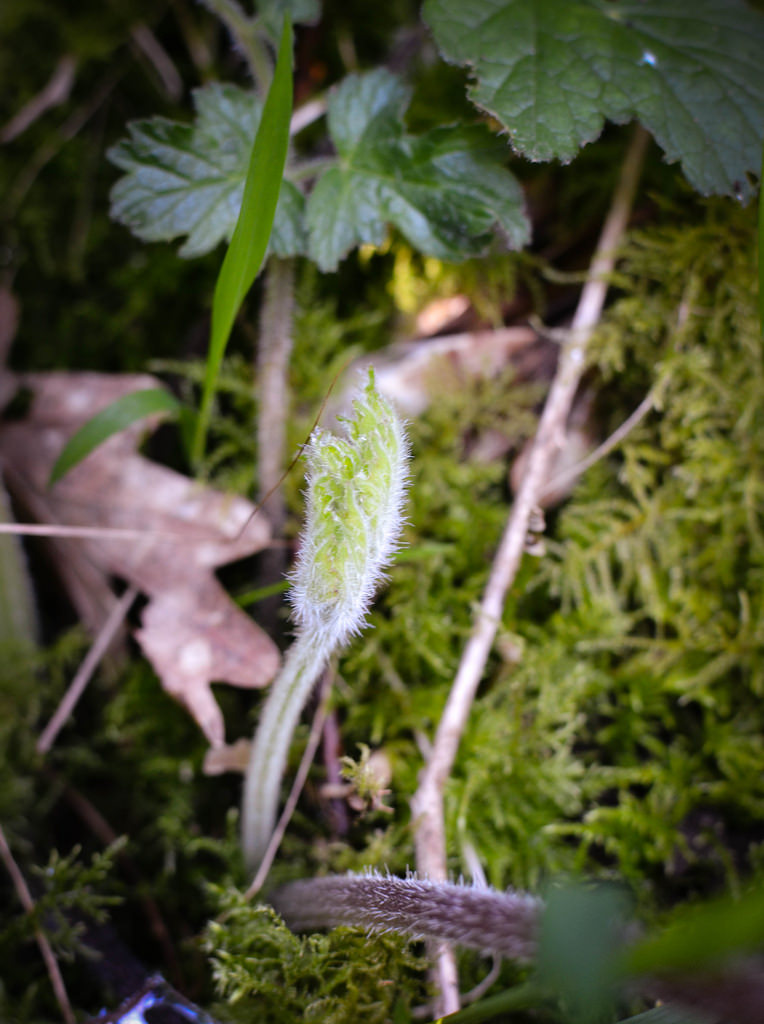 Plants weren’t the only edibles we found.  There are many trees that yield good eating.  The hawthorn has edible leaves and flowers that have a marzipan like flavour.  The birch tree has a sap that can be collected via a simple tapping device which can then be used as a sweet syrup.

We also saw wild carrot seeds, bramble buds and comfrey.  All in abundance and all very easy to identify now that I had been shown.

I don’t think foraging on these plants alone would be sustainable but I was amazed how much there was to find in the woods.  I’ll certainly be keeping an eye out for a little snack and salad when I’m next out at the allotment or in the woods near home.

Previous Post: « Sunday Spotlight: Making Granola in the Tefal Actifry
Next Post: On My Travels: A Weekend In Boulogne »