Lockdown is forcing me to really have a good look through my storecupboard and see what needs eating up. It’s been very therapeutic actually finding different ways to eat our lentils, beans and pulses. I have almost all the basic Indian ones of course but the other day I found a pack of Hodmedod’s Carlin Peas. It must be super old because I bought them at Aldeburgh Food Festival and that was a couple of years ago now!

This post isn’t sponsored or an ad. I’d just really like to give these guys a shout out. First off there was the Great British Beans trial project to stimulate and assess demand for indigenous pulses.

Nick Saltmarsh, Josiah Meldrum and William Hudson bought British-grown split fava beans, packed them up and then distributed them through community groups and local shops with a postcard with a short questionnaire to collect feedback.

It was successful and in 2012 Hodmedod’s was founded. They sell all sorts of beans, pulses, grains, flours – even British quinoa. I’m rather excited that they have Gujarati Vaal Dhal – a dish I served at my wedding.

Anyway. Back to the Carlin peas I found. Mine were the Black Badger variety but you can use the Red Fox ones in the same way.

Let any whole dried pea you need to soak these overnight before you start this recipe. Hodmedod’s however advise that you can quick-soak them by putting them in boiling water, then taking them off the heat and leaving for one hour. I haven’t tried this method so I’ll leave it with you to decide. Then you need to boil them for about an hour til soft. You should be able to squish them between your thumb and forefinger easily 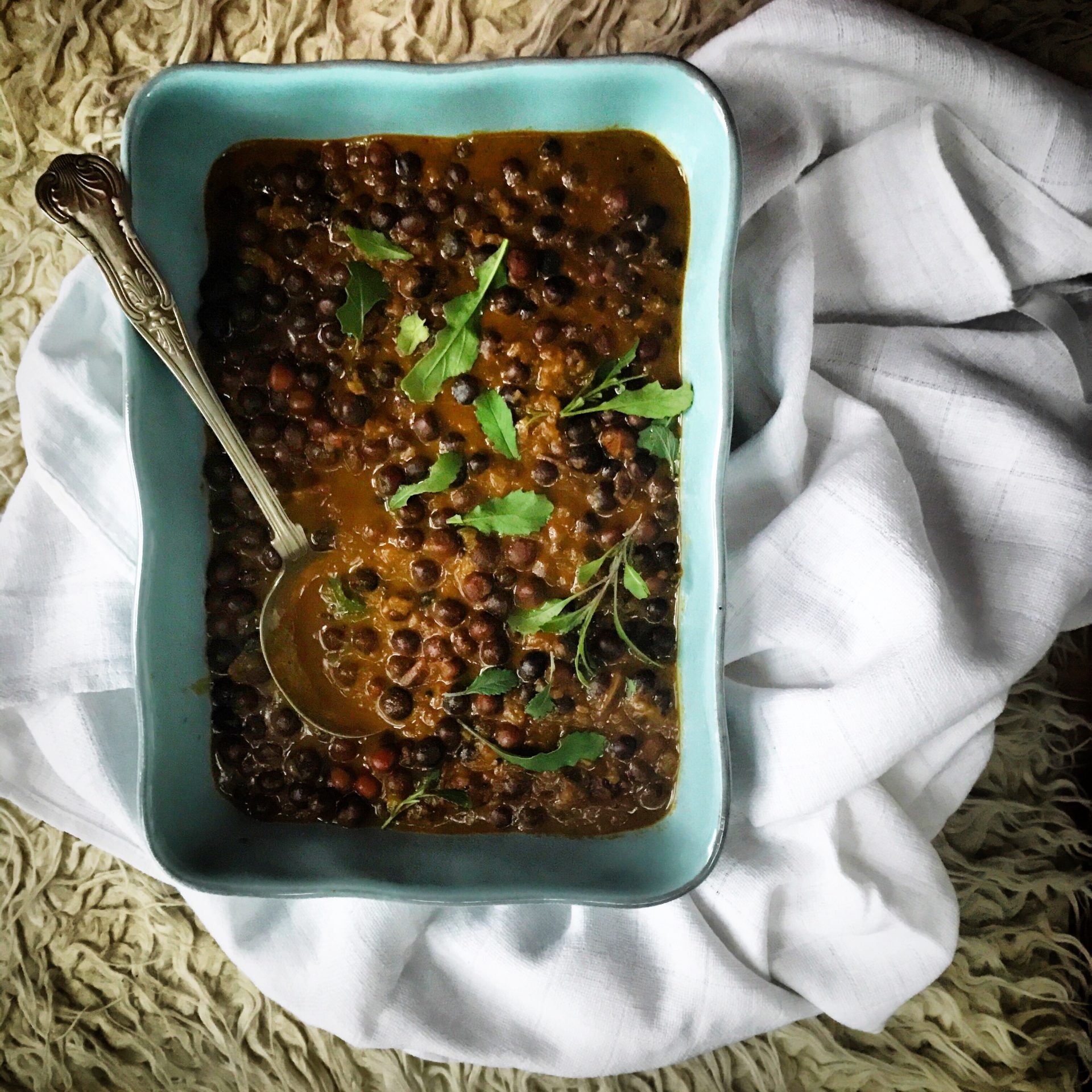 Serve with crusty bread or naan to mop up the sauce.