When we first got our allotment, we thought the wisest thing to do would be to grow a little at a time.  Let’s not over exert and plant every bit of land. Let’s sit back, learn and take things easy.  At the beginning of the summer we looked upon our allotment after yet another afternoon of weeding the empty spaces and decided enough was enough.  If we were going to have to weed every week, we may as well have the satisfaction of planting something to weed around!

So we decided upon beetroot, courgettes and spaghetti squash along 5 neat rows. We opted for two varieties of courgettes.  The usual long green ones and a more unusual round yellow one.  I know that’s not a very technical explanation but I have thrown the seed packets away! 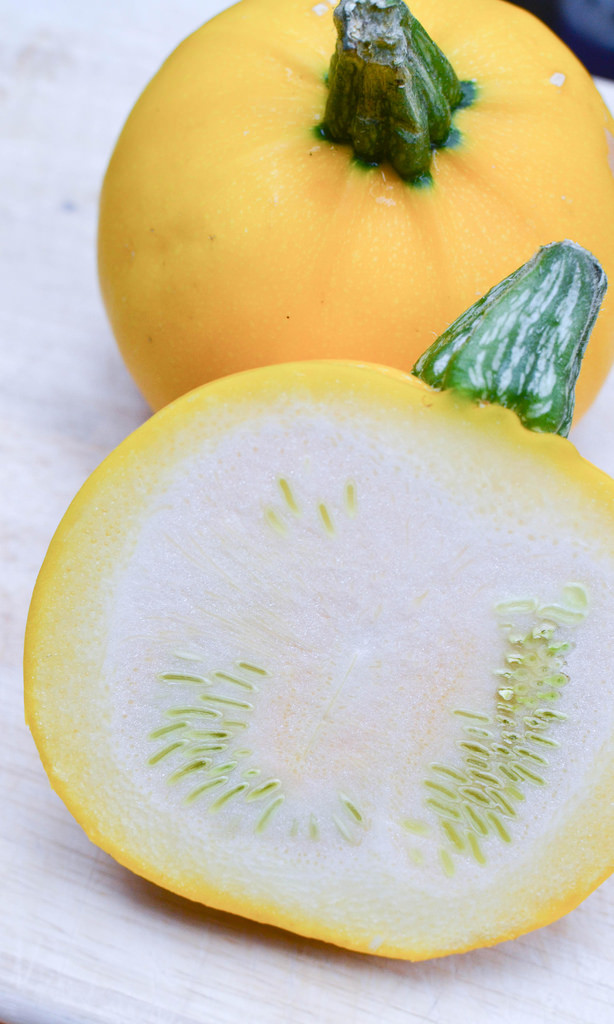 They sprouted up beautifully over the summer and were only two weeks behind everyone else around us.  But as we prepared to go on holiday for two weeks we feared it would all go awry with no-one to tend to them.  But we need not have feared. Thankfully England had rain most of the time we were away so we returned to beautiful healthy plants, with not too many weeds around them. 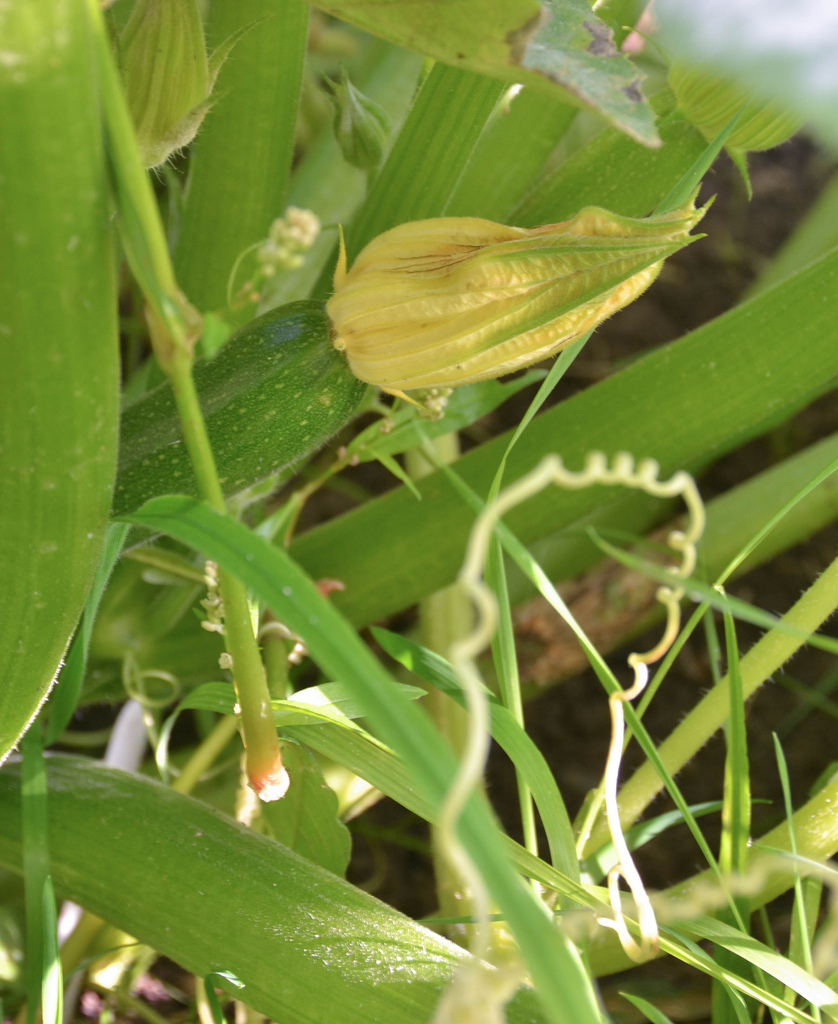 So proud to see lovely blooms on baby courgettes 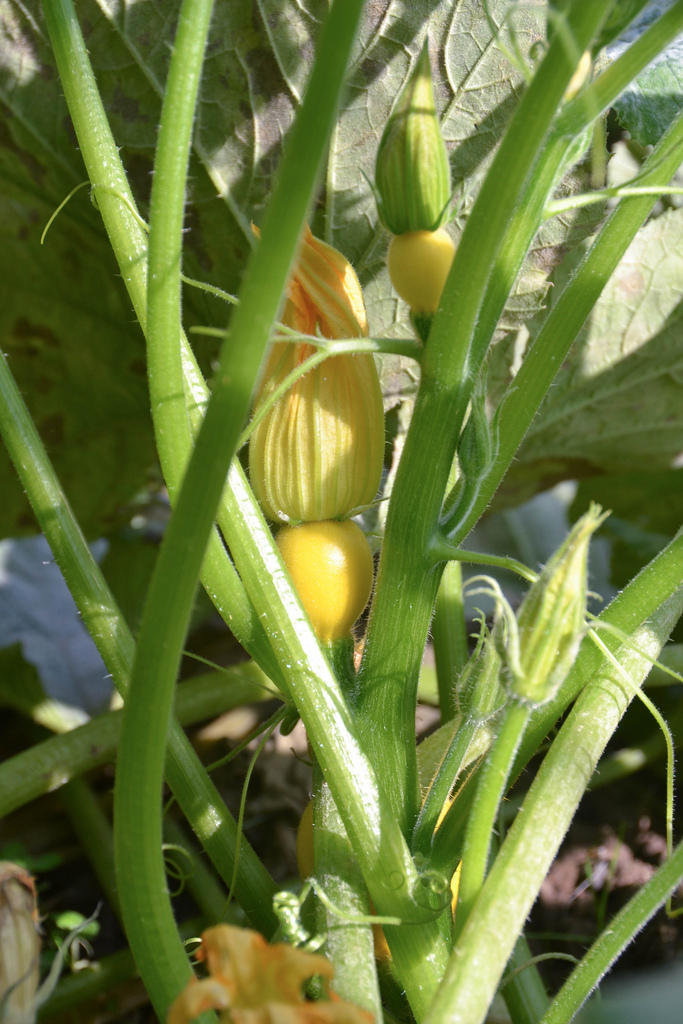 The round variety peeking through

And we have been cooking with them ever since…

We started out with the stunning flowers.  I couldn’t believe how many we had. In fact I think next year I will sell them to the Italian restaurant on our road as he says they are so hard to find.  We I must have had over a hundred so far.  No-one said not to plant the whole seed packet! 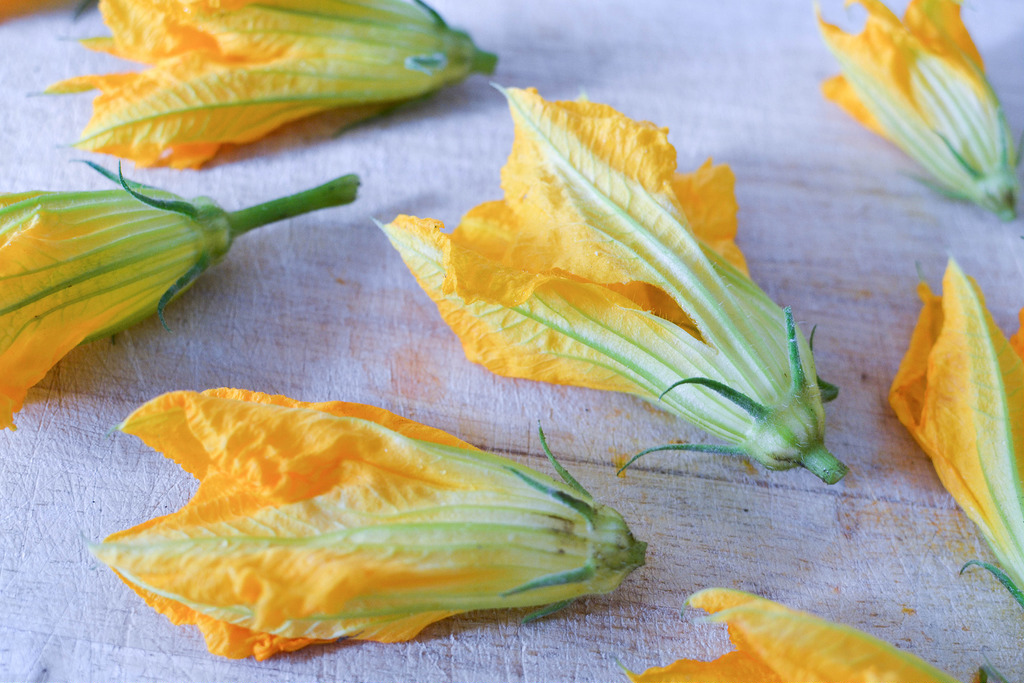 These crunchy bhajias have been our staple Saturday evening snack for XFactor and Strictly.  I’m addicted to all three now.  I stuffed them with ricotta mixed with my nasturtium pesto and then also with mozzarella and anchovies.  Both served with a tomato salsa. 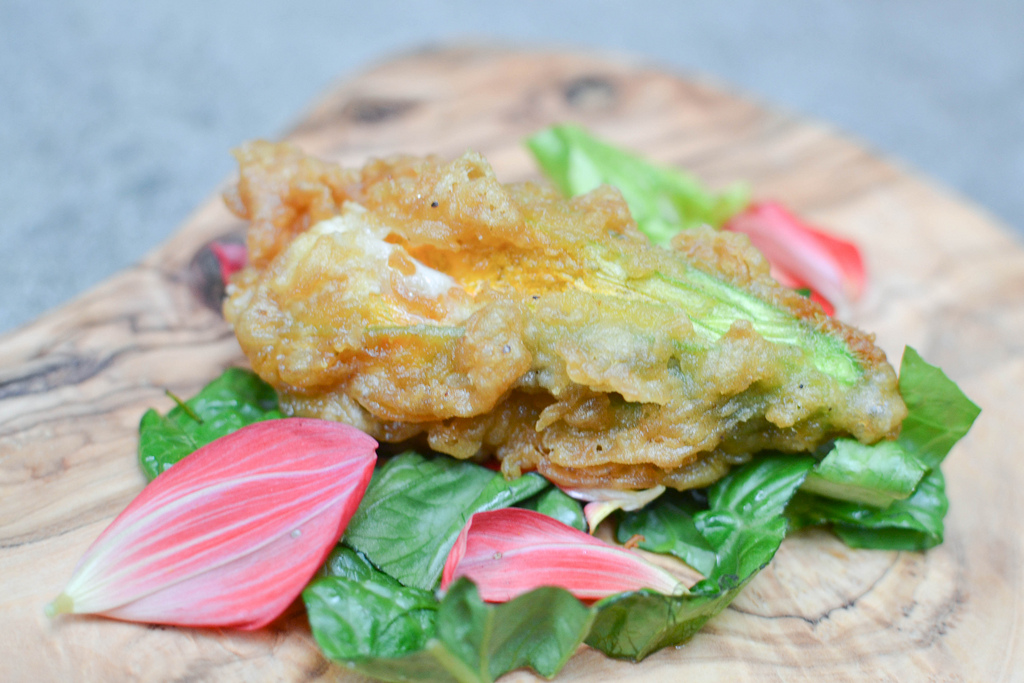 Then of course some soup.  The yellow globe variety produced a wonderous, sweet soup which I served simply with some feta, cumin and parsley gremolata on top and sourdough. I made a huge potful and have frozen the rest. 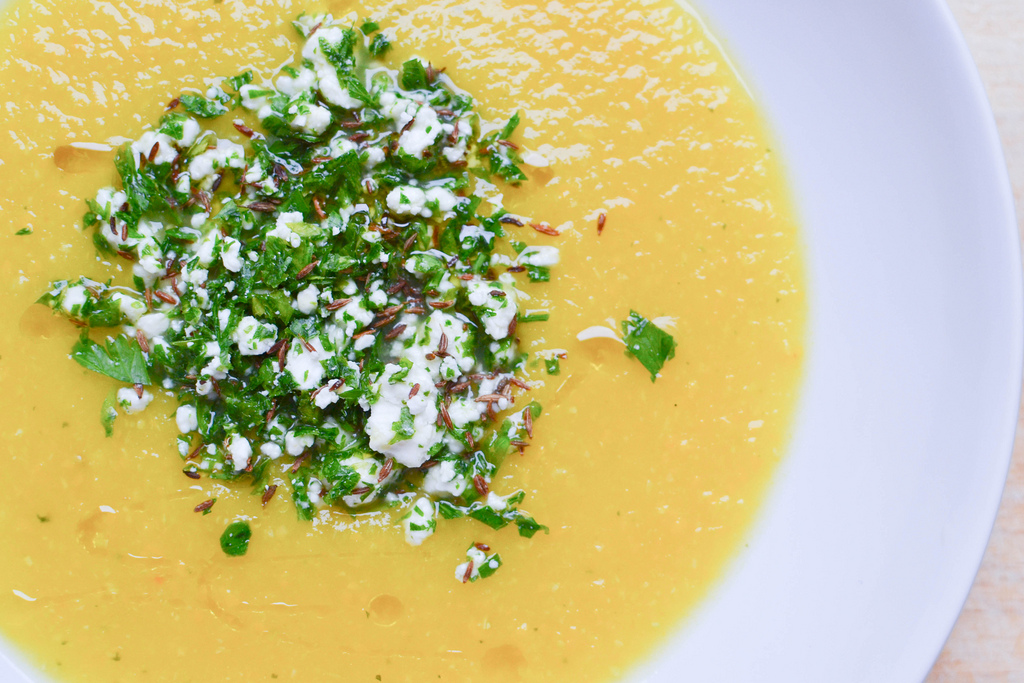 And finally some brownies.  You’d never know these had courgettes grated in.  The texture was soft and gooey as you would expect but a little more virtuous than a traditional recipe with no butter or chocolate. 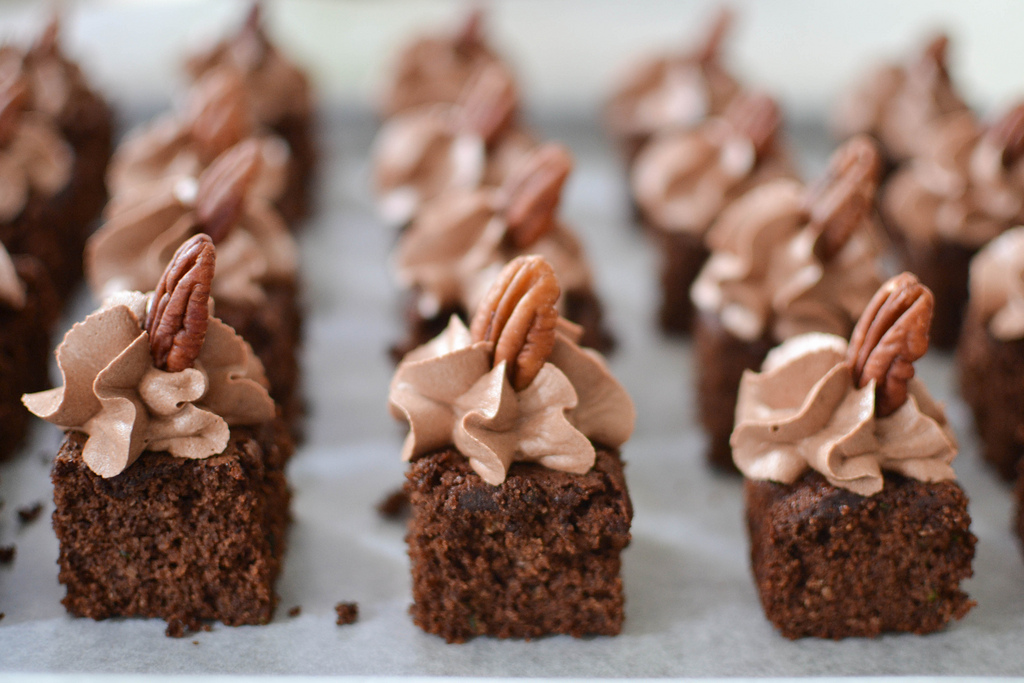 It’s also gone into salads raw or in thin strips, mixed vegetable curry, risotto, ondhwo (an Indian lentil cake) and pasta, noodles and so on and so on.  Allotment production does seem to be slowing down due to the colder weather. The crop is smaller and something is having a little nibble on the yellow ones every night.  I’m not sure I’ll plant so many next year because I must confess we have reached courgette overload but it has been wonderfully satisfying eating something grown from seed and picked freshly on the day.