It’s not every day that the postman brings a package from Buckingham Palace so there was much excitement in our household when this delightful book arrived. 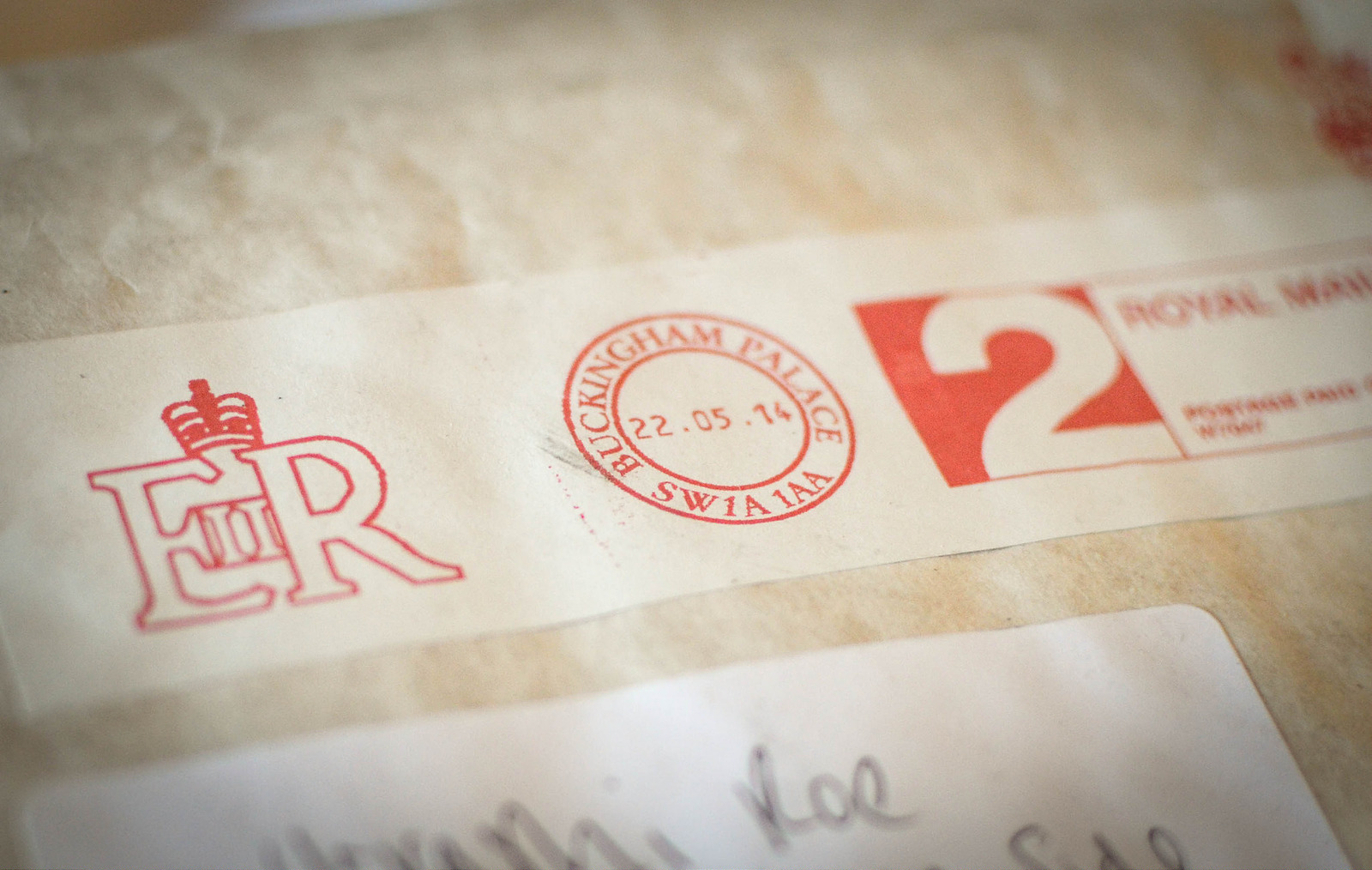 The Royal Cookbook by Mark Flanagan and Edward Griffiths

Over 50,000 people visit Buckingham palace as guests of Her Royal Highness Queen Elizabeth for State banquets, lunches, dinners, receptions and garden parties.  This book opens the door slightly ajar to those who cater for these diners.

There only thirteen recipes which are divided into Spring, Summer, Autumn and Winter because there is a commitment to seasonal produce in the royal kitchens.  The recipes include Eggs Drumkilbo which was much favoured by the Queen Mother.  The name comes from an ancient Highland estate in Perthshire called Drumkilbo where the dish was created.  It’s a first course of hard boiled eggs, lobster and prawns.  Looks incredibly decadent to me but the list of ingredients made me giggle as you’ll find ketchup and Worcestershire sauce alongside gelatin leaves and Scottish lobsters.  I had a little mental image of the Queen Mum getting a bottle of Heinz out of the royal pantry.

Another recipe which caught my eye was the Crown of Asparagus with Crab and Mango.  I don’t know why but I thought the thoroughly modern combination of mango and crab wouldn’t feature in a book like this.  It is of course in the summer chapter as the starter and boy was it fiddly to make! The asparagus is lightly cooked and then lined into metal rings to create a crown like, circular shape.  The middle is filled with crabmeat, mango, chives, lemon and lime before being topped with salad leaves dressed in a lemon vinaigrette. It’s lifted carefully out of the rings and tied together with chives.  Really delicious but can you imagine making this en masse? I don’t envy the commis who has to do the asparagus! 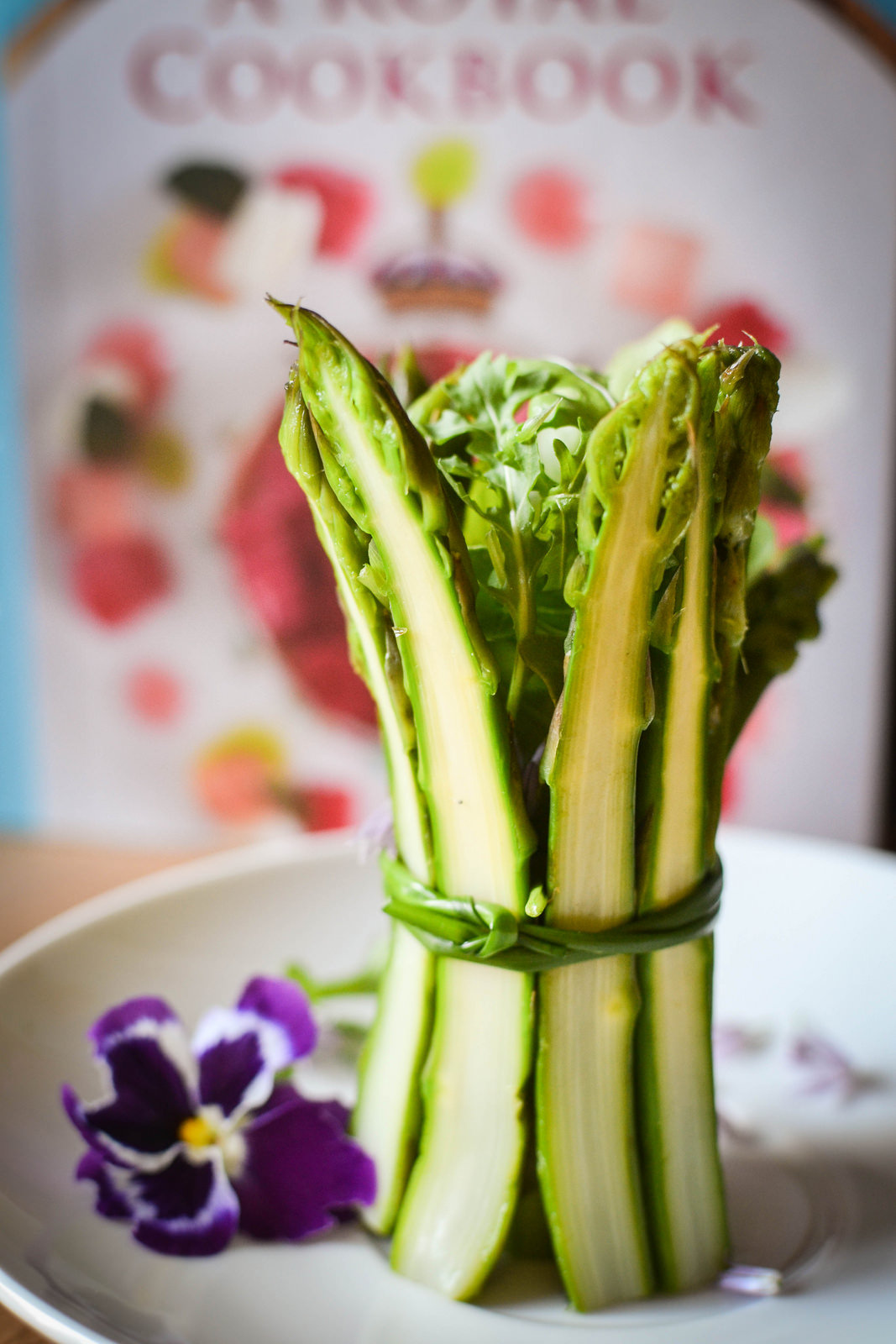 Crown of Asparagus – Fiddly but delicious

The last recipe in the book is probably the one most of us will remember.  It’s the Chocolate Biscuit Cake which was one of the two wedding cakes created to celebrate the wedding of Prince William and Kate Middleton.  There is absolutely no baking.  The recipe uses simply McVities biscuits, butter, sugar and dark chocolate. 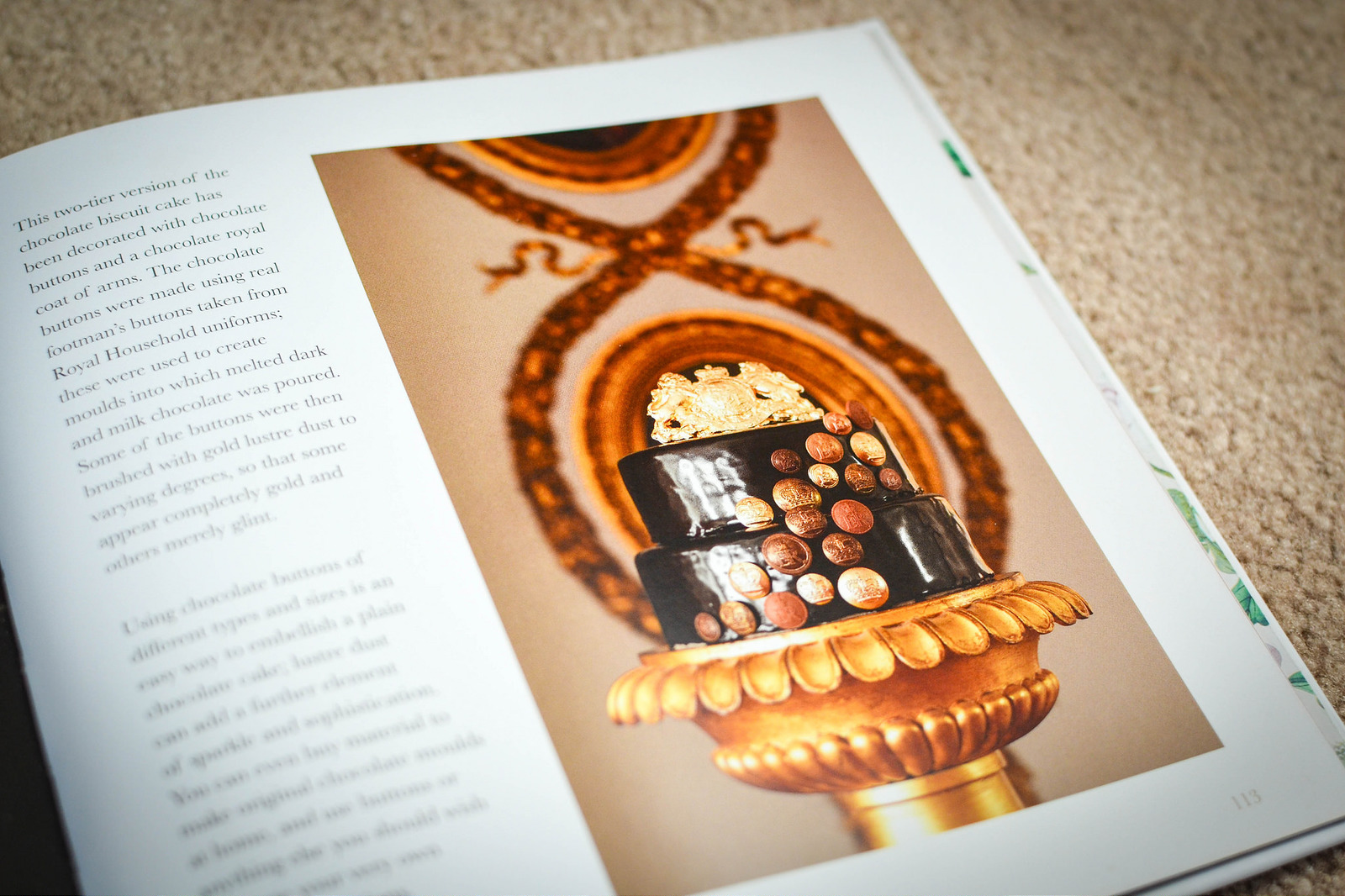 A stunning no bake cake

A Historical Glimpse Into The Royal Kitchens

This book is as much a history book as it is a collection of recipes that are easy to create at home.  Did you know that the Great Kitchen at Windsor Castle is the oldest working kitchen in England? Modern day appliances have replaced those established to cook for Edward III in 1360 but it’s still going strong under the mediaeval oak beams and arched roof.

There are extracts from recipe books and notebooks of kitchen maids.  I really loved the scribbles of Mildred Dorothy Nicholls who joined as seventh kitchen maid and worked her way up to third kitchen maid before she went off to get married.  Her notebook has recipes prepared for the royals but also those that were made for servants to eat as it would have been her job to prepare both.  It was nice to see the Plum Pudding recipe differed only in quantities and not ingredients and judging from the measures in her notes, the servants would have been well looked fed.

My favourite chapter talked about how the ingredients are sourced and the rule being to source from the royal estates but then locally where possible.  The estates produce a fair amount. Sandringham is well known for its apples because the orchards were planted by King George V in the 1930s.  What I didn’t know is that there are now nine varieties grown and then pressed for juice.  The same estate produces blackcurrants, parsnips, wheat, rye, oats, beans, millet and barley.

Windsor Home Park was established by ‘Farmer George’ (George III) but it was Prince Albert who set up the hothouses that supplied ‘exotic’ fruits such as peaches, grapes, melons, pineapples and apricots. 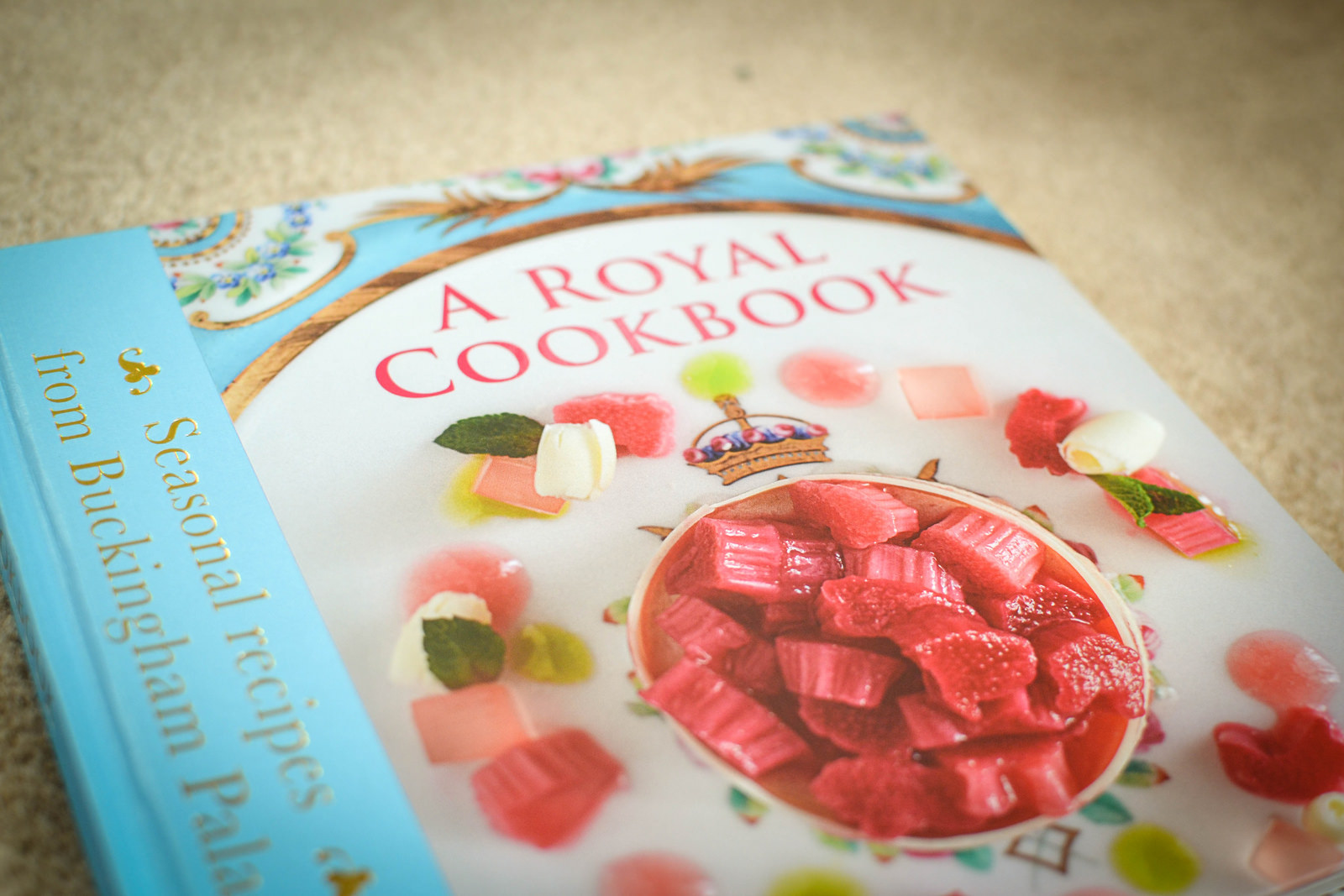 A beautiful insight into the royal kitchens

It’s our Queen’s official birthday today and all this musing through this wonderful book makes me wonder what she’ll be having for her birthday meal.  What do you think? After all that Trooping the Colour, I bet she just wants to put her feet up in the smallest, cosiest room in the palace with a cuppa and a packet of Mcvities for dunking. Bliss!

Previous Post: « On My Travels: From Pushcarts to Posh Delis On East Houston Street, New York
Next Post: Farewell Elderflowers »